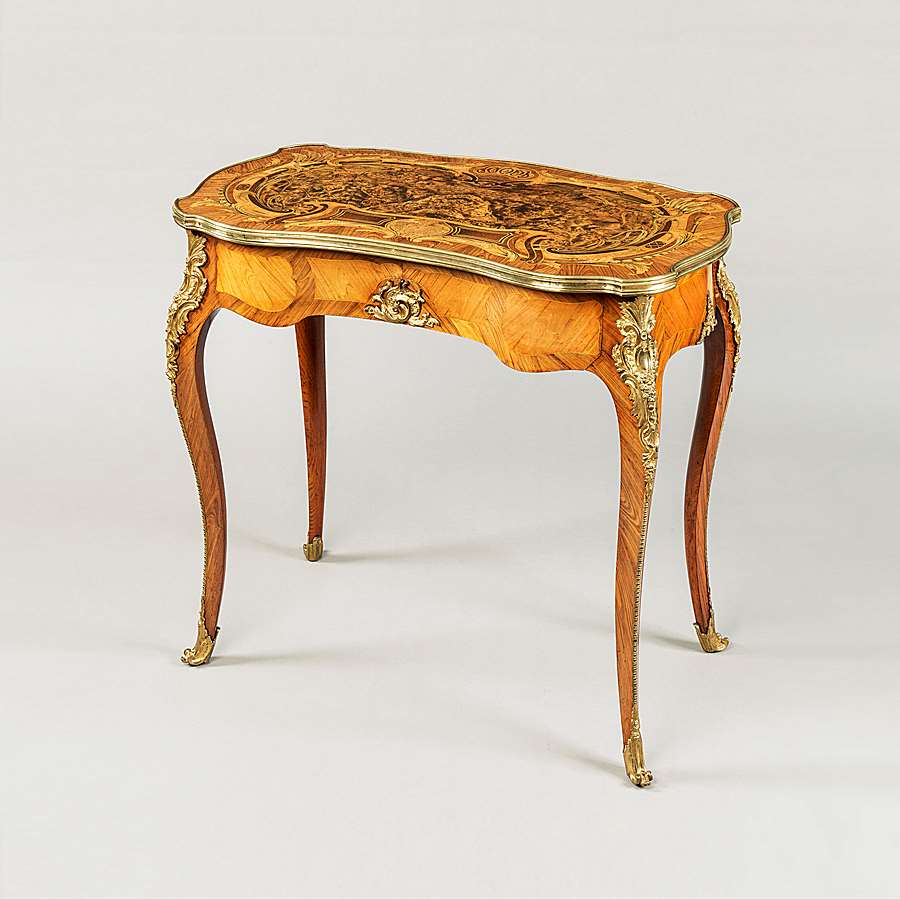 A table of similar construction is shewn in Symonds & Whineray’s ‘Victorian Furniture’, published 1962 by Studio Editions, pp 141, plates 184/185, made for R.N. Thornton of Knowle, Sidmouth, Devon.