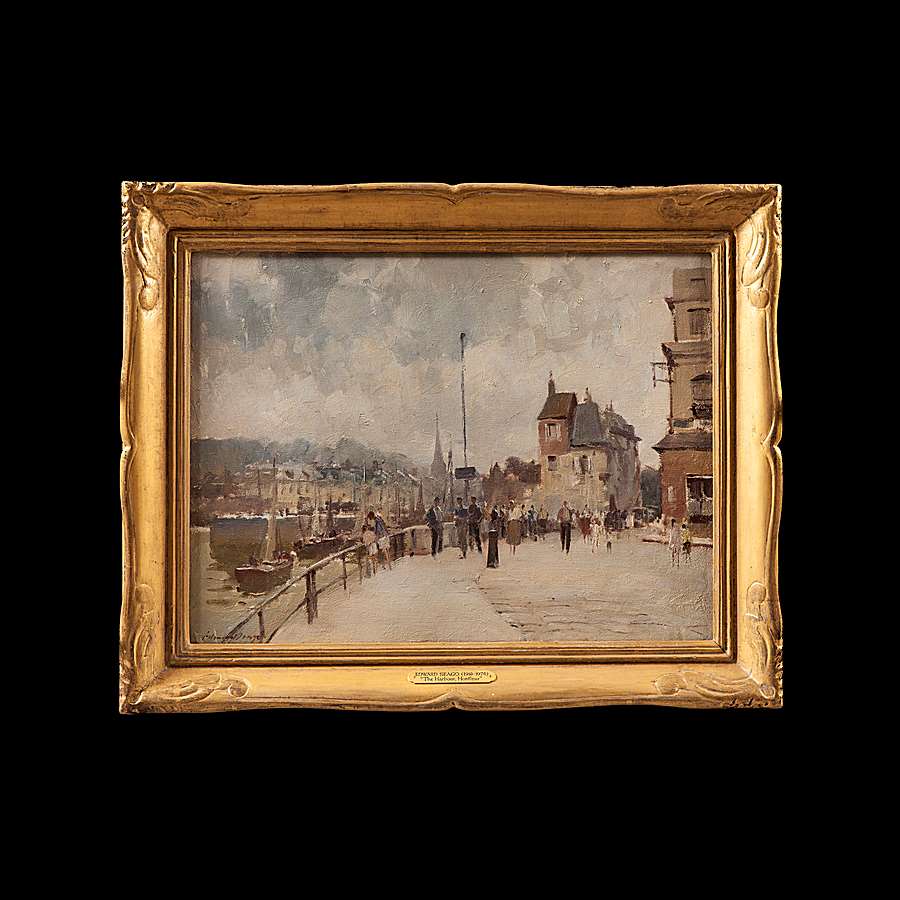 Depicts a scene of strolling pedestrians, buildings, and boats along the harbour of the northwest French town, Honfleur.

Honfleur, located in the region of Normandy, is known for its beautiful old port and buildings faced with ageing slate, which this painting depicts. Honfleur became popularised during the Impressionist movement and was depicted by Gustave Courbet, Eugène Boudin, and Claude Monet.