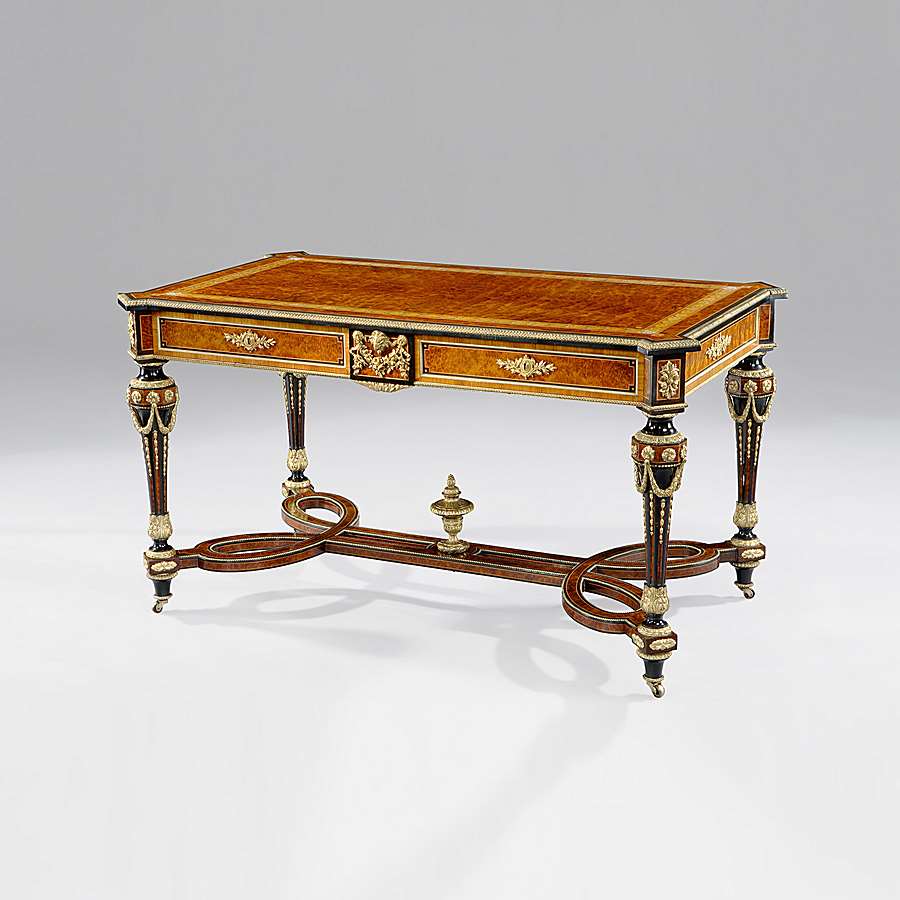 Constructed in thuya wood, with sycamore, bois de violette, boxwood and various woods utilised in the inlaywork, with entensive, finely cast and chased gilt bronze mounts. Created in the fashionable Louis XVI revival manner, the legs, having squat inverted truncated cone bases, are castor shod, with cannellure centres rising from bronze stiff leaf cups, and having bronze octagonal collars cast with foliates, and bronze foliate swags, with a conjoining double knot stretcher, with a running pearl border in bronze, centralised around a bronze urn in the Grecian taste. The ceinture houses two mahogany lined quadrant moulded drawers, with fielded panels and further bronze edgings, with foliate escutcheons, centred around tablet with a agricane (ram head) motif. The reverse has two dummy drawers and repeated motifs, and the sides have foliate bronze plaques. The rectangular top, with everted angles shows finely chosen thuya wood, protected by a guard rim of gadrooned bronze, with an interior band, housing running inlaid and engraved bellflowers, and an interior geometric banding. Circa 1860