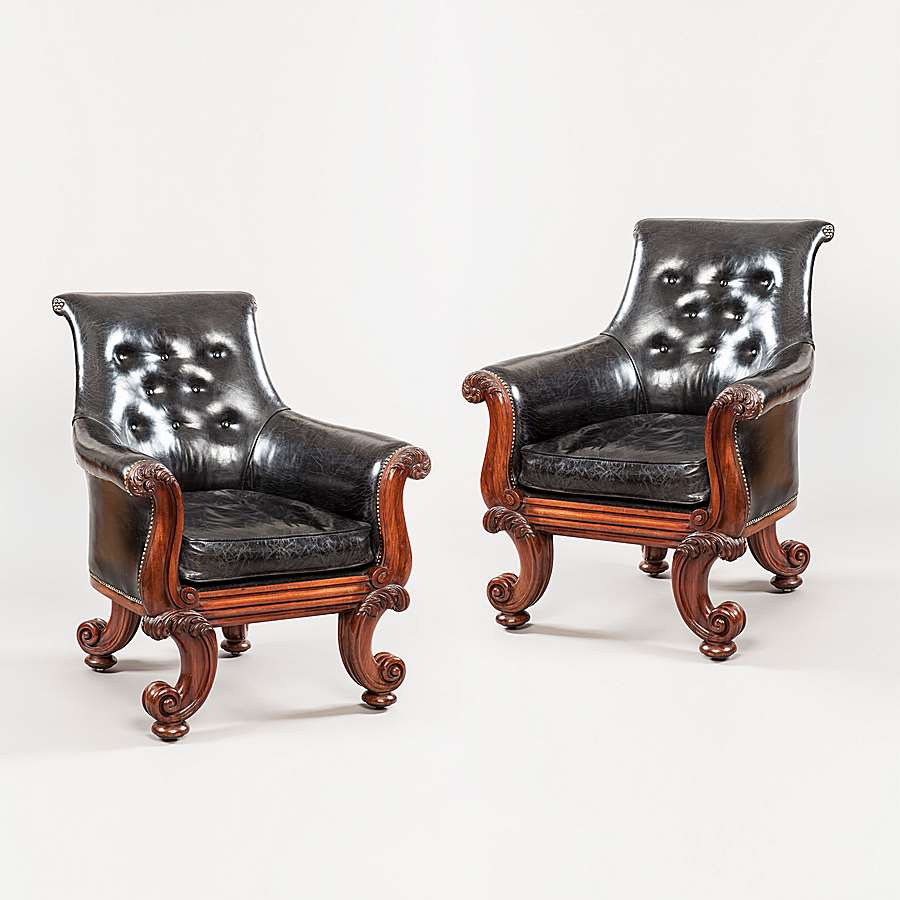 Constructed in mahogany: the front legs of addorsed 'C' scrolls, confidently and exuberantly carved with foliates, conjoined by a boldy reeded front rail; the outswept arms carved with further foliates; the moulded back legs of canted scroll form, resting atop compressed oblate bun feet, with the original inset castors.
Circa 1825

Susan E. Stuart's scholarly work. 'Gillows of Lancaster & London' of 2008, published by the Antique Collectors Club, shows a virtually identical armchair, designed for G.Bamford Esq., taken from a room setting planned by Gillows circa 1820/30, Plate E5, Volume 11, and in Plate E22, two sofas from a suite of seat furniture that is now in situ at Nostell Priory, Wakefield. Pier tables with similar legs are also shown under Plate E24.