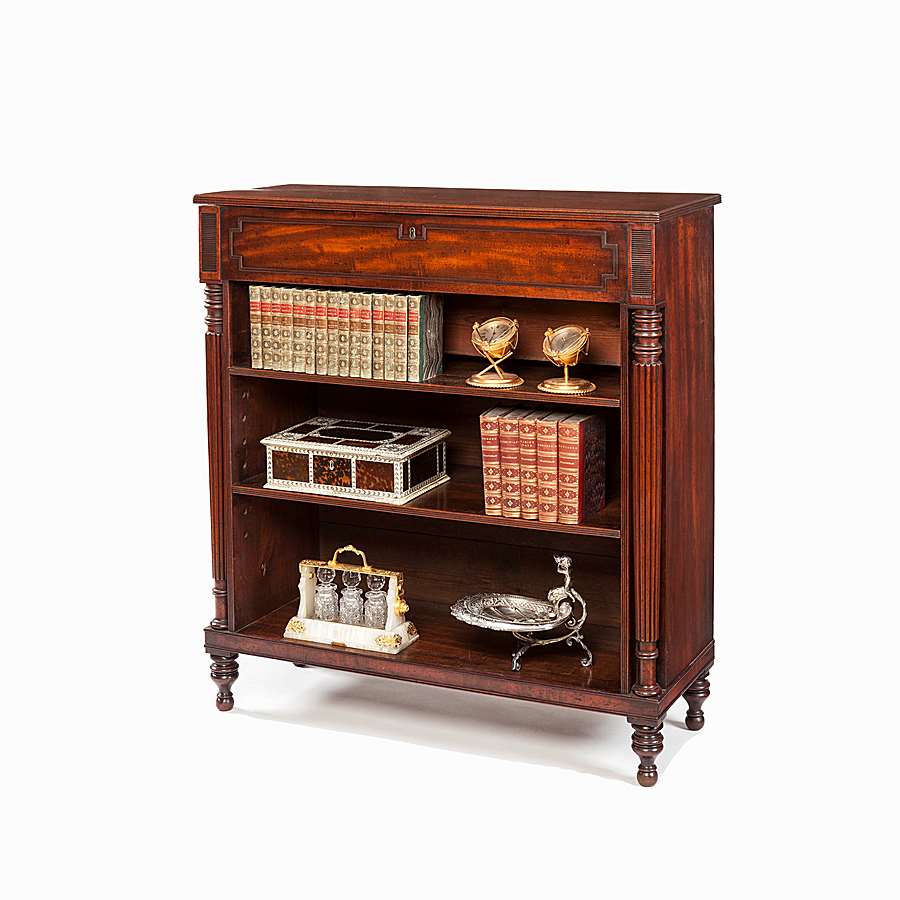 Constructed in a finely faded mahogany: rising from ring turned cotton reel feet, the fascia having turned tapered and fluted columns enclosing a set of three shelves, with line carved tablets atop; over, a lockable hinged top, with an everted linedrawn reeded moulding, lifting to reveal the interior, fitted for bottles; the upper edge with a conforming reeded moulding. Circa 1825