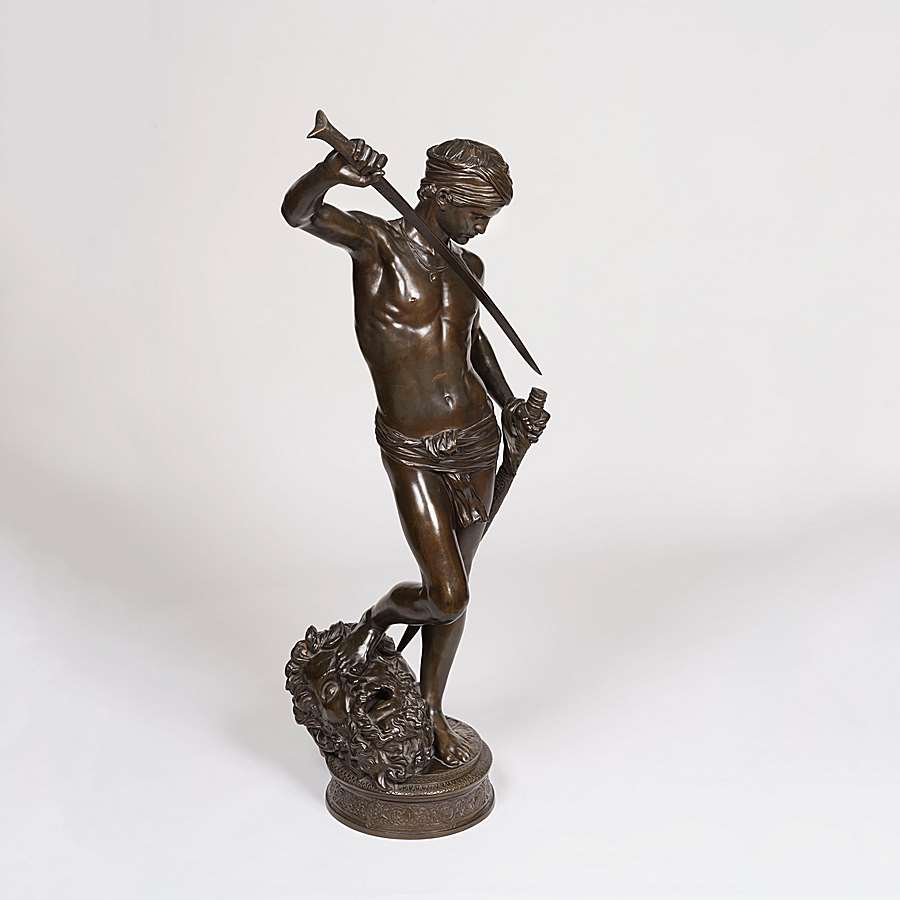 'David, the conqueror of Goliath' by J.A. Mercié

'David, the conqueror of Goliath'
An Exceptional Barbedienne cast of the statue executed by J.A. Mercié

Of good size, using very finely cast and chased patinated bronze, depicting the young David with the head of Goliath at his feet, on a circular base; signed 'A. Mercié, and inscribed 'F. Barbedienne' and showing the A. Collas mechanical reduction cartouche, the underside numbered 109.
French, Circa 1880

Jean Antonin Mercié (1845-1916), a Toulousian, made a plaster cast of the model during his studies in Rome in 1872, two years after the Franco-Prussian war, which was received with great acclaim by the French State, who, casting themselves as the underdogs, looked to avenging the battering they had received, and commissioned a full size mode, which was installed in the Museum Luxemboug in 1874; the artist was inducted into the Legion of Honour- a great achievement for one so young.