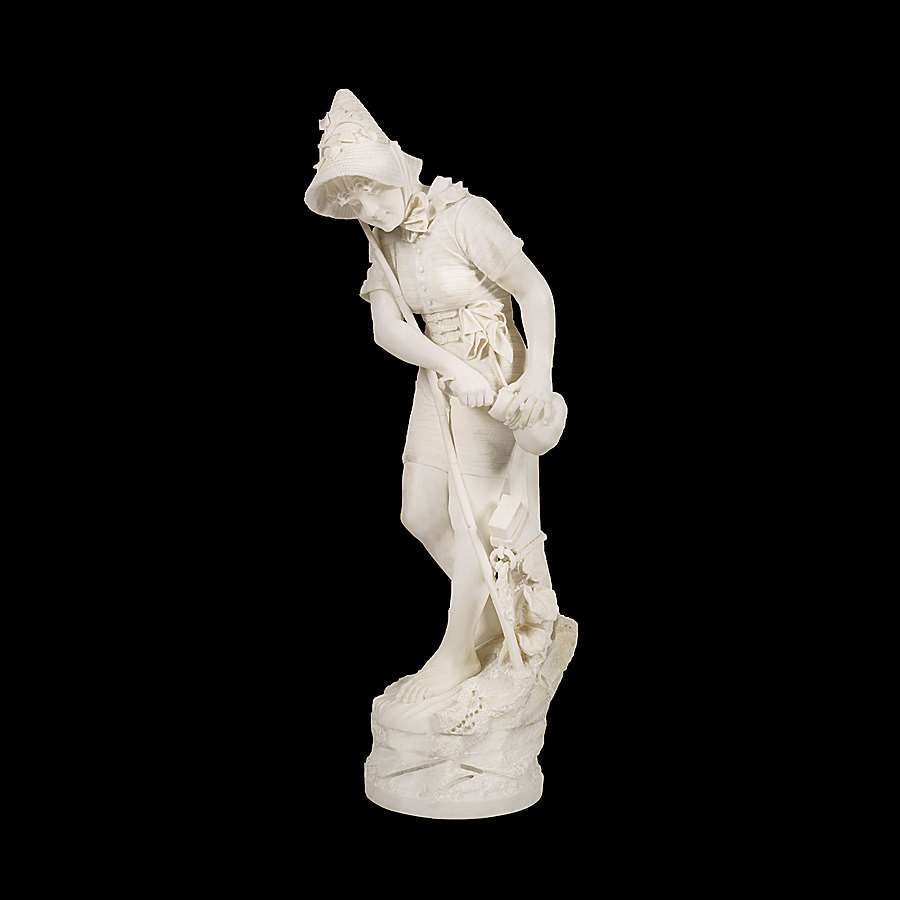 The Young Fisherwoman By Pietro Bazzanti

The Young Fisherwoman
By Pietro Bazzanti

Carved from lustrous alabaster and rising from a shaped naturalistic base, the figure of the fisherwoman straddling her fishing rod as she saves a fish in her satchel. Her costume and facial features of exceeding detail. Signed to the base "P. Bazzanti."
Italian, Circa 1880

Pietro Bazzanti (1825-1895) was a central figure in the production of Florentine sculpture at the end of the 19th century. His father, Nicolo, founded the studio and gallery Bazzanti in 1822 and is still open today. As one of the most highly regarded sculptors in Italy, Bazzanti's studio became a centre for other important sculptors including Cesare Lapini, Ferdinando Vichi, and Guglielmo Pugi. He specialised in romanticised historical genre subjects as well as 19th century renditions of Renaissance works.