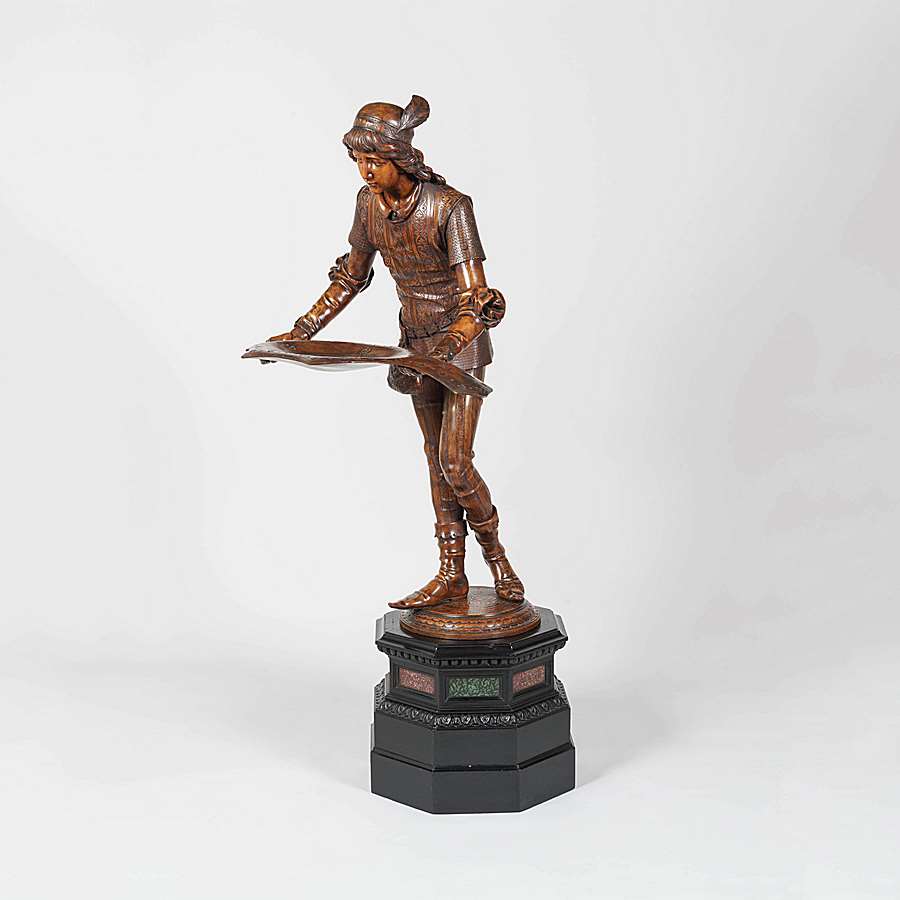 Of near life-sized proportions, in carved Italian Walnut, the figure representing a pageboy, his features and flowing hair carved in exquisite detail alongside his romanticised Cinquecento garb consisting of a patterned doublet with chainmail underneath and long puffed sleeves, his carved belt slung around his waist with a bag and his pointed boots imitating the softly creased leather; his arms outstretched and presenting a large tray with heraldic relief carving. Standing on an octagonal shaped base od bois noirci with inset panels of faux marble. The circular plinth signed by the artist "V. Besarel Venezia."
Venetian, circa 1870

Born in Zoldo, near Bellune, home town of the great carver of the Seventeenth Century, Andrea Brustolon he was encouraged by his father to study under Professor Federici , and worked as a carver for a noted architect Guiseppe Segusini. Later, he received private commissions, and in 1861 his trade card listed amongst his clients Edward, Prince of Wales, the British Consul, Layard, and the King of Italy. He exhibited at the 1878 Paris Universelle Exposition, and won a Gold Medal. The churches of Este and Conselve, near Padua possess many groups of saints executed by him.