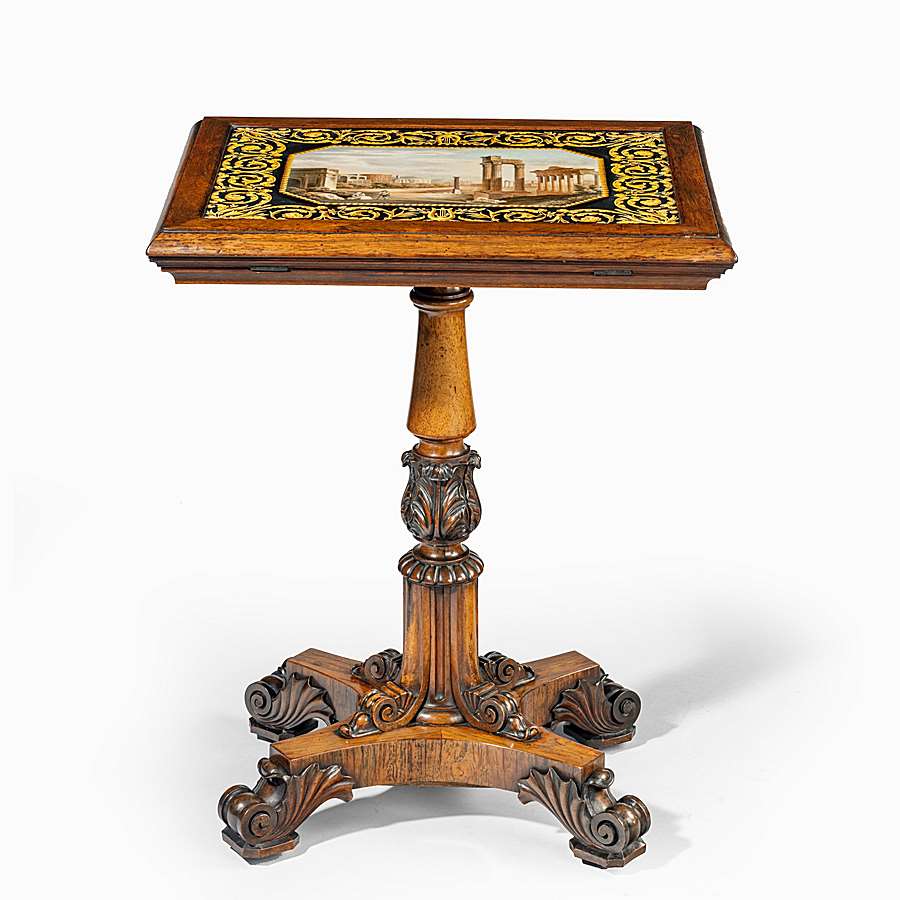 Constructed from rosewood, the incurved quadripartite platform base supported by boldly carved scrolling volutes with recessed castors, the central column turned, tapering, and carved with lobes and foliates, the rectangular tilt-top with rosewood cavetto moulded border housing a scagliola painted scene of the Roman Forum within a beaded and scrolling foliate painted frame.
Circa 1830

Livorno was a centre of Scagliola production in Italy from the beginning of the 19th century, achieving great production under the Della Valla brothers and other scagliolist families by the 1830s. As a major port city on the northwest coast of Italy, Livorno was the first place British Grand tourists would land, and was also the port from which they left Italy after their Grand Tour. One of the most important work by the Della Valle brothers is a scagliola slab which forms the top made for a table and exhibited at The Great Exhibition in 1851.

Scagliola is produced by reducing a mineral stone, selenite, to a powder and mixing it with natural coloured pigments and animal glue.