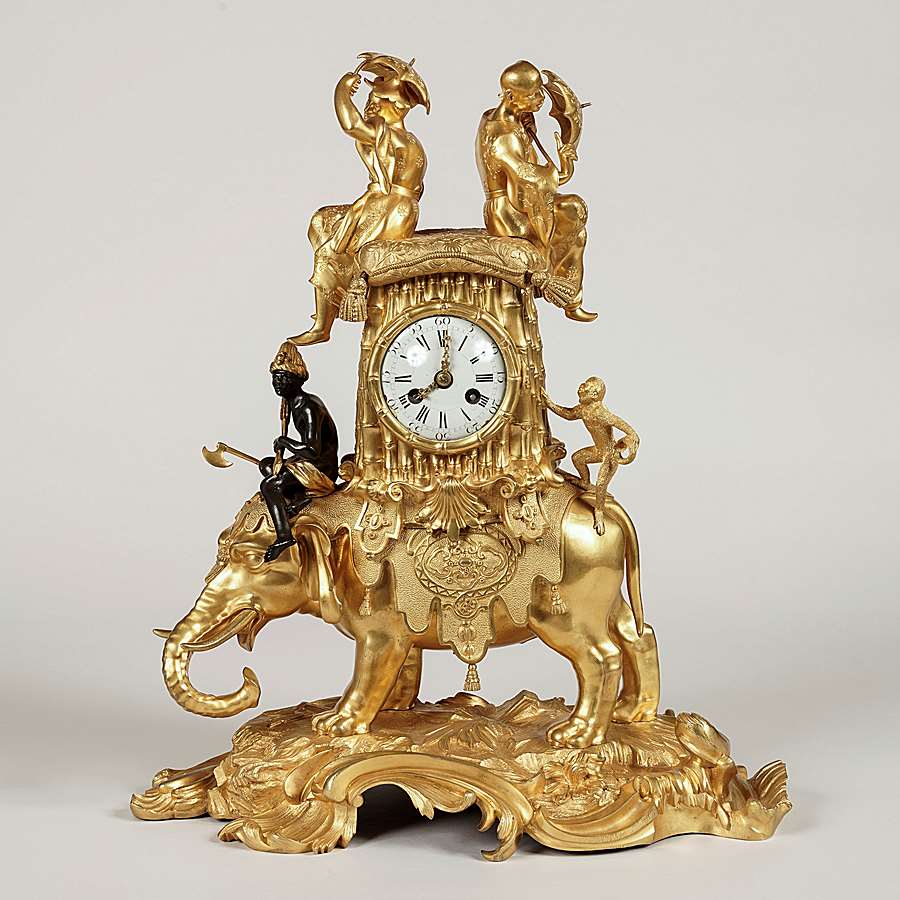 Constructed from gilt, hand-chased, and burnished bronze with patinated detail, the mantle clock on an asymmetric Rococo scrolling base with naturalistic features; the main body modelled as an elephant astride, mounted with a turbaned figure of a mahout (elephant keeper) in charge and his companion monkey, the elephant's back supporting a bamboo houdah enclosing the white enamelled dial marking the hours and minutes in Roman and Arabic numerals respectively, a tasselled cushion perched atop with two oriental figures holding parasols.
French, circa 1840

Clocks incorporating animals reigned supreme during the Louis XV period, at a time when curiosity for new cultures was at its height. The exoticism found expression in the accounts of explorers describing rhinoceros, lions and elephants, which were enthusiastically absorbed into European decorative arts.

The elephant acquired a particular aura following the diplomatic gift of the King of Siam to King Louis XIV of an elephant in 1686. Elephants had been used as motifs in horology since the Renaissance period, representing the theme of 'rulership' in the Kunstkammer, as seen in the Augsburg Automaton in the collection of the Metropolitan Museum.  The Elephant Clock perfectly encapsulates the Kunstkammer aesthetic, a marriage of beauty, artistry and exoticism combined with science and engineering.