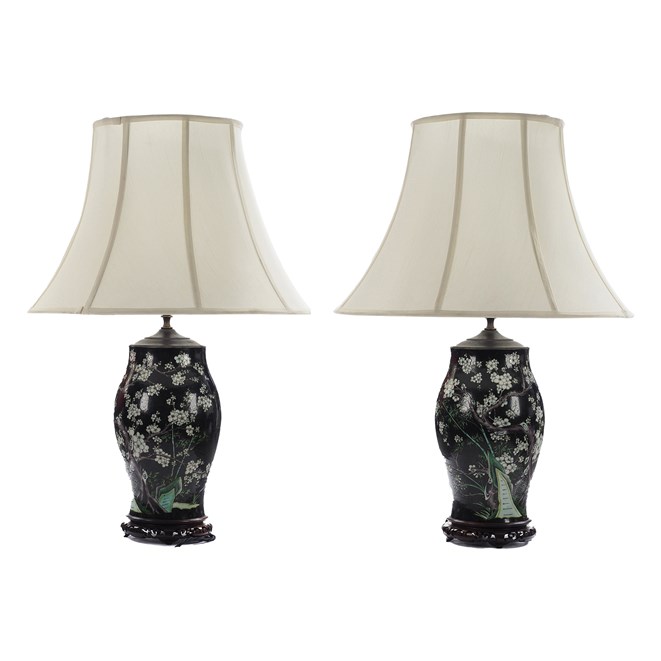 
In the 17th century, England & Holland, two small, warlike seafaring nations vied for supremacy in the newly established trade in the then extraordinary commodities from the Orient, such as tea, spices, silks, porcelain, lacquer, and design, which now are taken for granted. Chinese translucent porcelain, unknown at that time in Europe, and the affiliated decorative patterns, ('Willow pattern' prunus flowers, mythological animals court scenes, and dragons, inter alia) were, as is said 'all the rage'. These vases, decorated with prunus blossom on a Famille Noire ground, were brought to the West, and, with a stroke of inspiration employed as oil lamps, being fitted with ormolu bases in the oriental taste and oil reservoirs and burners; here. Thus, artistic effort, knowledge, and tradition were combined with typical Victorian practicality, and with our adaptation for electricity, a century and a half later, the decorative lighting function is in use again.
Chinese, circa 1870 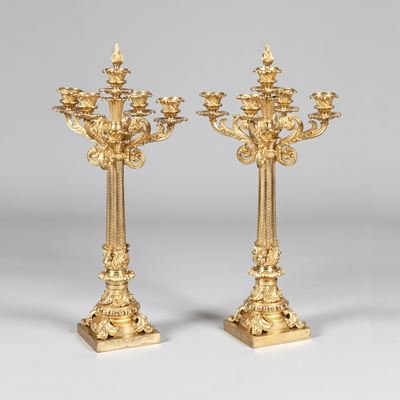 A Pair of Gilt Bronze Candelabra of the William IV Period 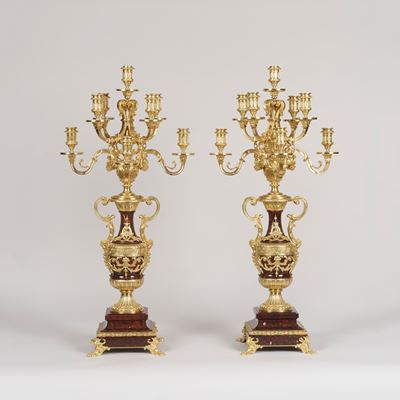 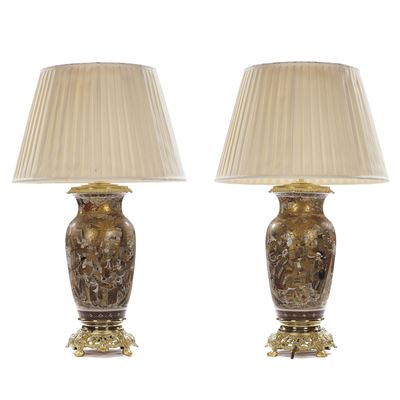 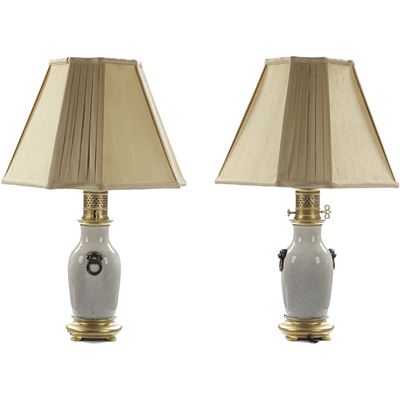 A Pair of Chinese Crackleware Lamps 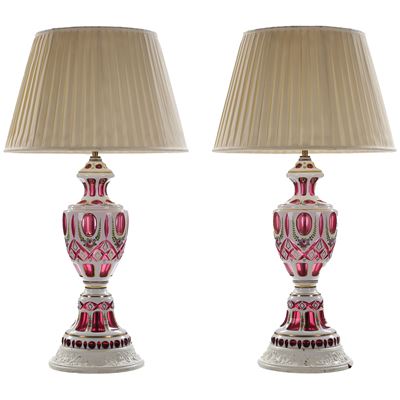 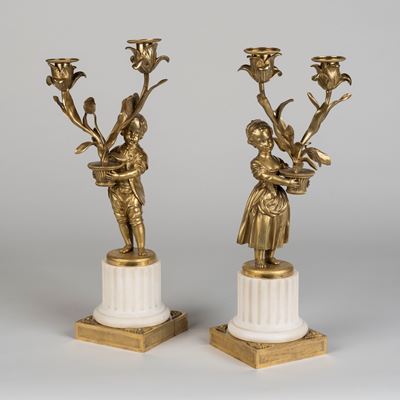