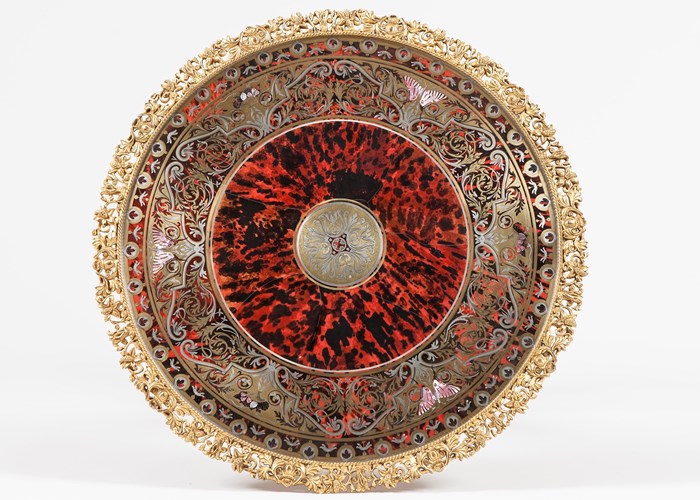 The Influence and art of Boulle The Technique and Influence of ‘Boulle’ Marquetry on 19th Century Furniture

Marquetry is the art of creating intricate pictures and elaborate designs on furniture by skilfully cutting and fitting together thin pieces of domestic and exotic woods, horn, ivory, metal, shell, and other precious materials. Marquetry designs are derived from arabesque and grotesque ornament. While this highly specialized and studied art has roots in ancient times, it was brought to a high level of refinement and popularity in the 17th and 18th centuries in France. 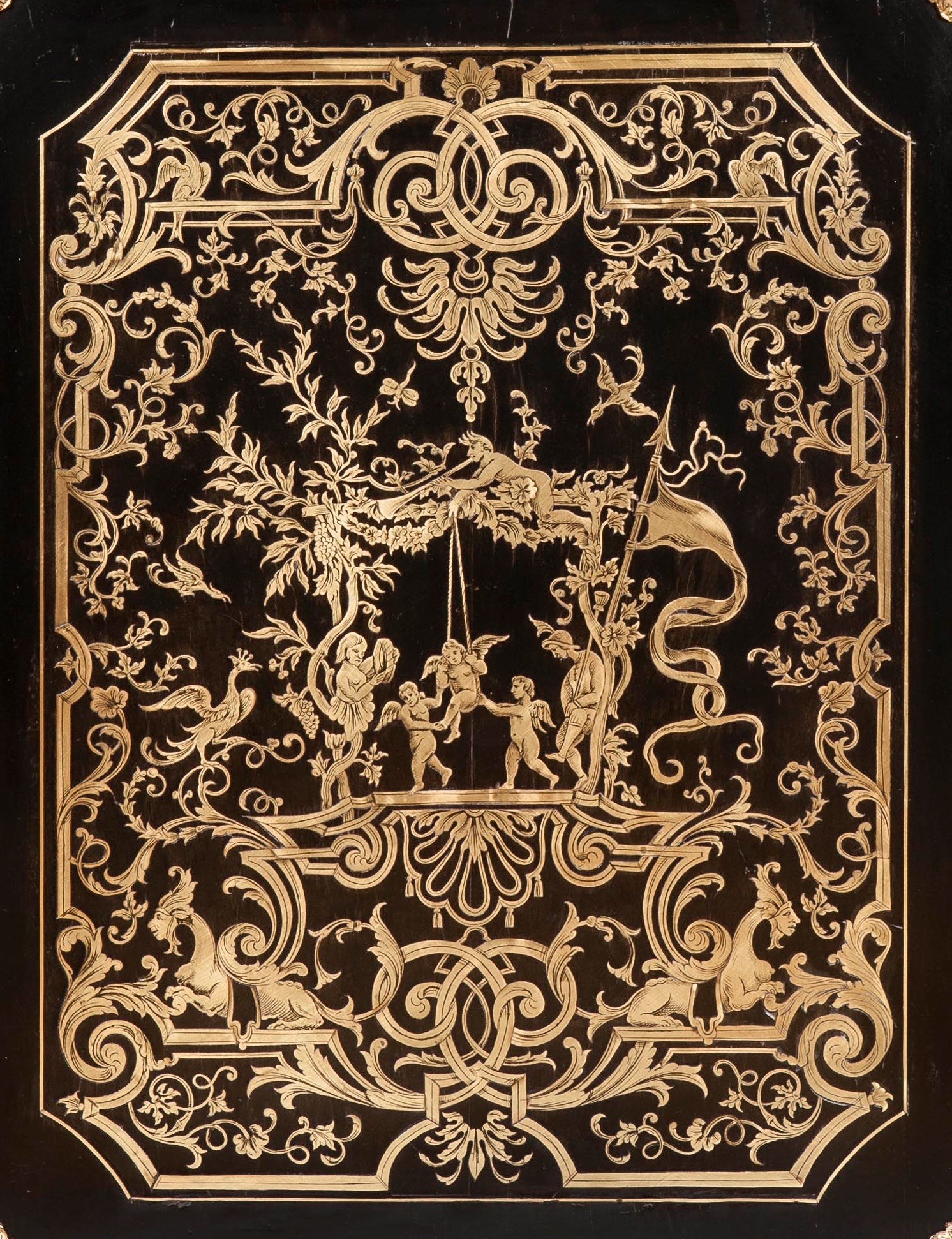 Figure 1. A True Pair of Side Cabinets in the Manner of Andre Charles Boulle (detail). Butchoff Antiques, London.

André-Charles Boulle’s name is synonymous with the technique known as ‘Boulle’ marquetry. Although not the inventor of the craft - Boulle’s skillful practice of combining contrasting black ebony with gilded bronze and tortoiseshell inlaid with intricate designs of silver-toned pewter and brass is associated as one of the most opulent and expensive form of decoration of furniture. Boulle’s work took two different forms: première partie - pattern in metals with the background in tortoiseshell; and contre partie - pattern in tortoiseshell with the background in metal. Occasionally tortoiseshell is lined on the reverse with a tinted metal foils, such as gold leaf or red, to enhance the naturally spotted patterns of the shell. 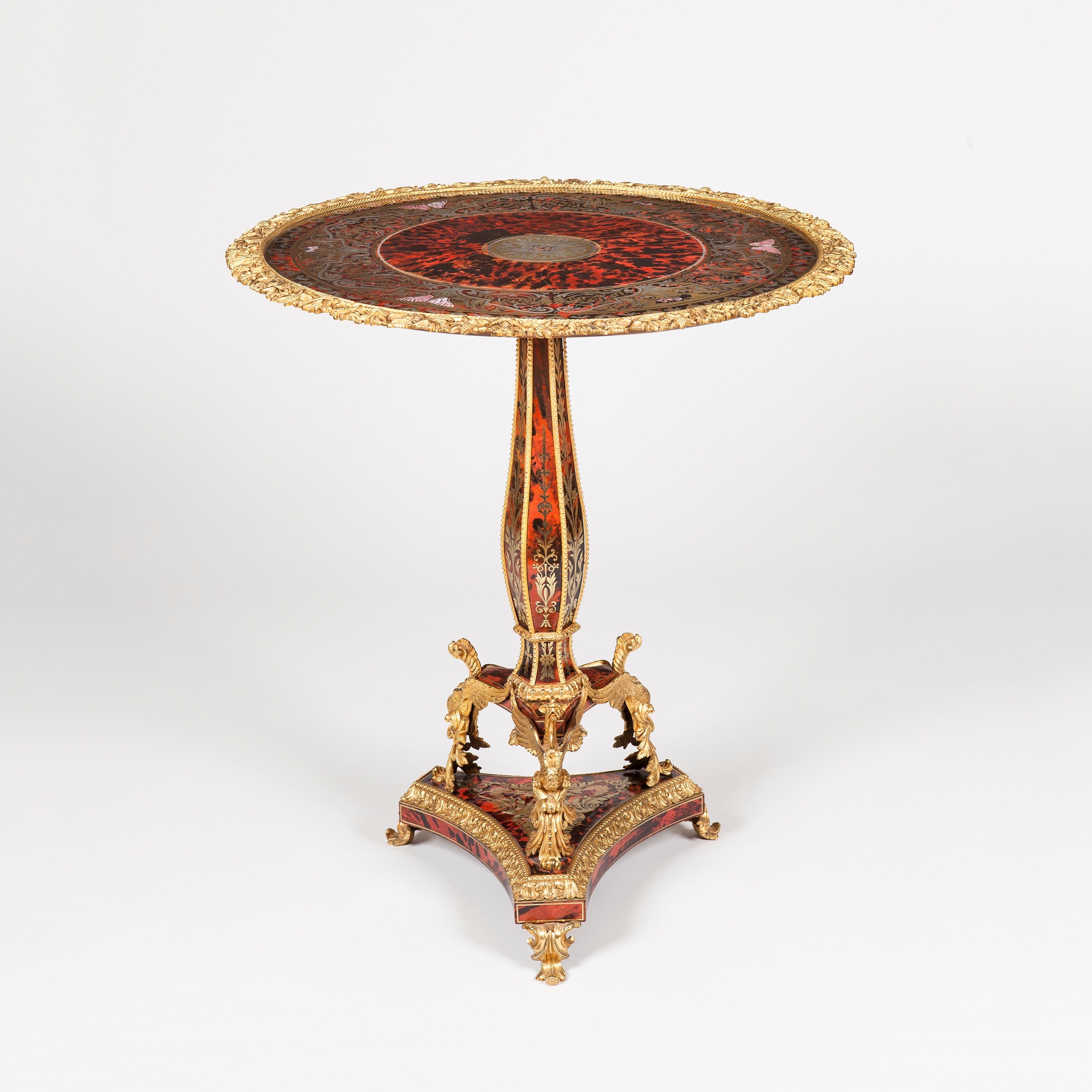 Imagine how these pieces of furniture would have looked in the early 18th century. An interior room only lit by daylight and candlelight at night, and how the brass inlay and gilt bronze mounts would have brilliantly flickered amongst the dark. They would have been beacons of light reflecting an impression of grandeur and wealth. The combination of gilt bronze and brass surfaces were revolutionary to the furniture and decoration world. 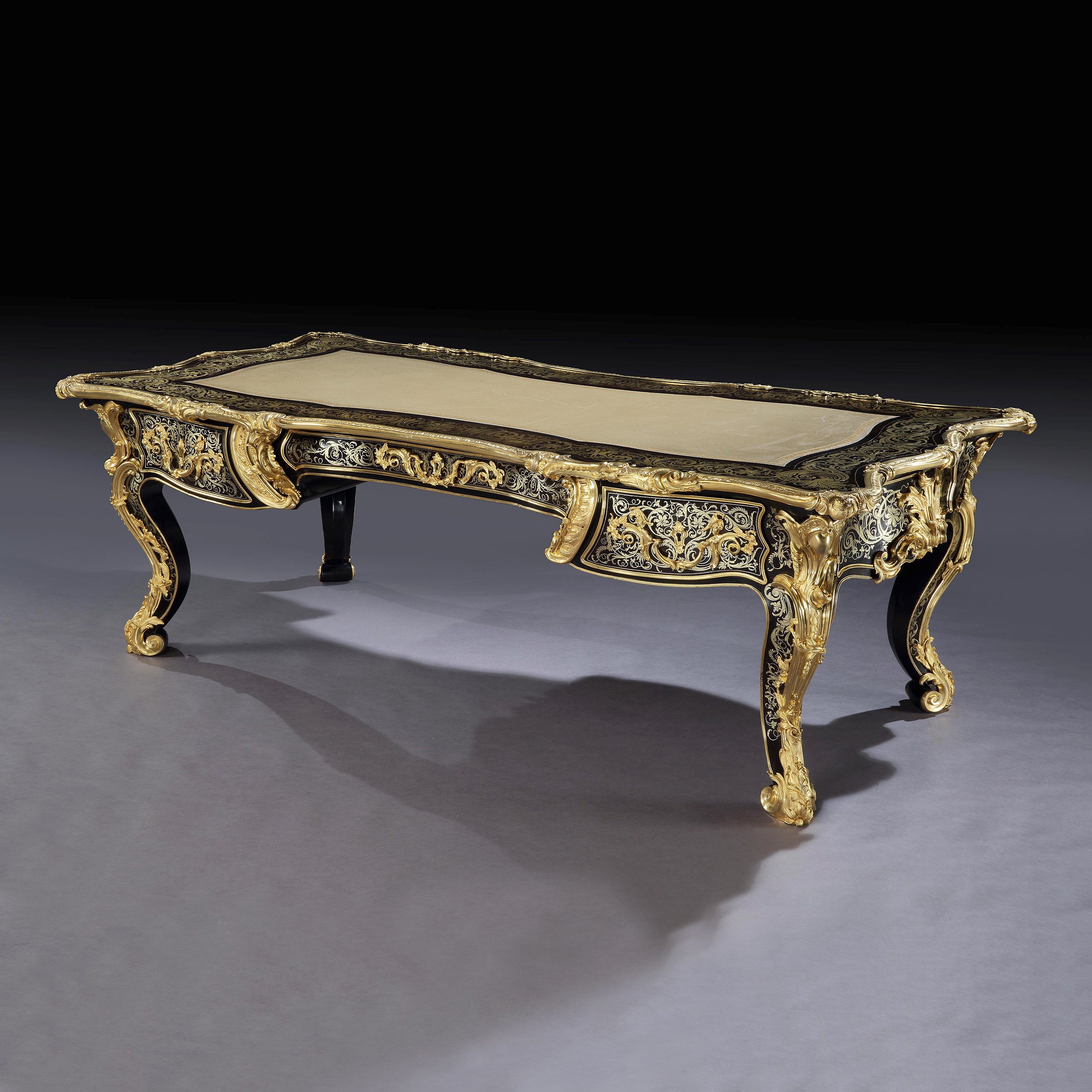 Figure 3. A Bureau Plat in the Louis XIV Manner, by Toms and Luscombe shown at the 1862 International Exhibition. Butchoff Antiques, London.

Over forty-two years, Boulle supplied furniture and interior finishes for King Louis XV and XIV, the Queen, the Grand Dauphin, and many financiers, ministers and important officials throughout Europe. Currently many of Boulle’s attributed works are in some of the finest museums, as well as royal and private collections throughout the world. An authenticated work at auction today would cost quite the fortune, let alone the materials to create a custom-made piece.

Boulle lived from 1642 – 1732 and was received as a Maître Ébéniste in 1666 quickly becoming known as the most skillful artisan in Paris. He was appointed by King XV to ‘Ébéniste du Roi’ in 1672 granting him the royal privilege of lodging in the Palais du Louvre with special permission to work in both bronze and wood.  He produced furniture as well as works in gilt bronze, such as chandeliers, wall lights, mounts for furniture, interior decorative details and parquet floors. 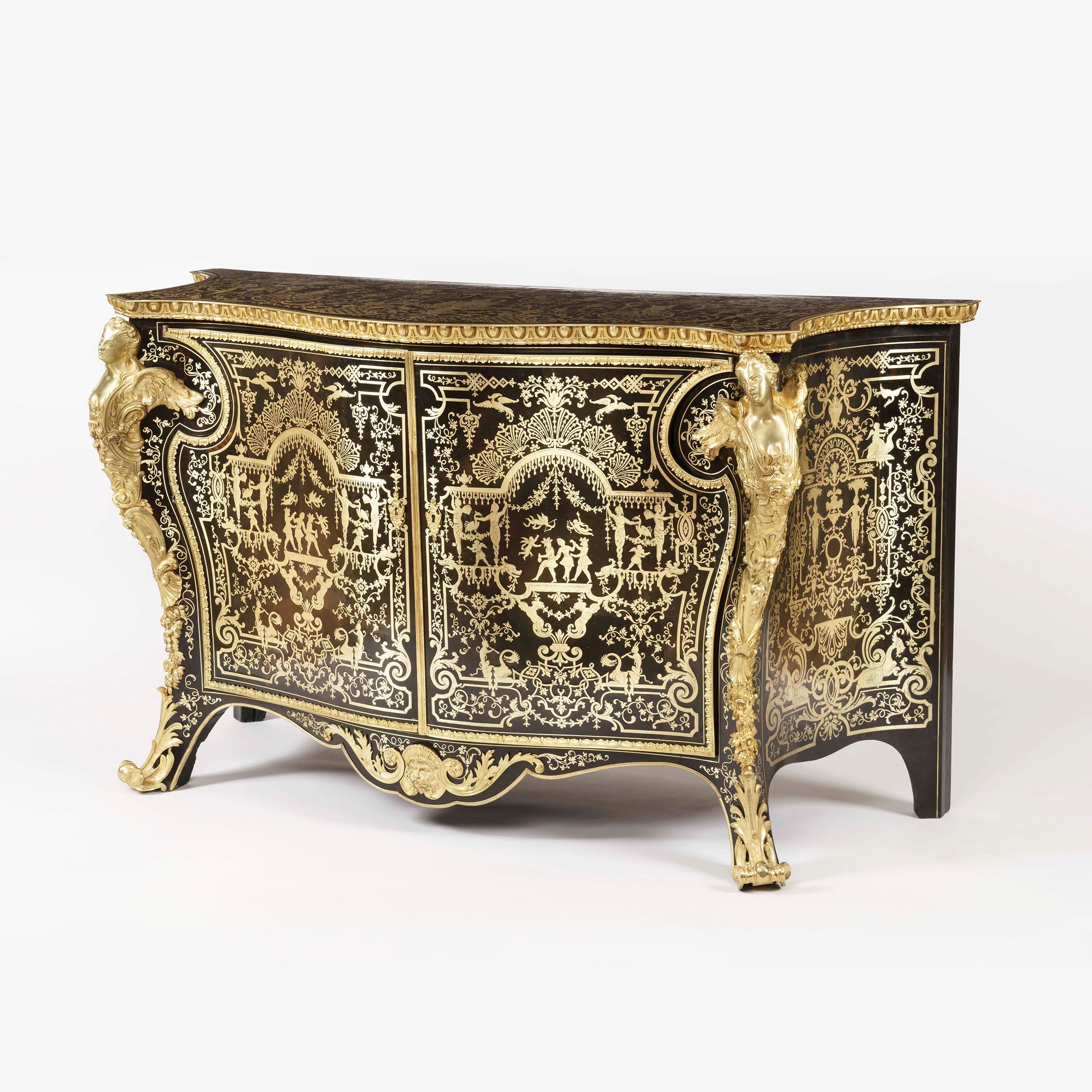 Figure 4. A Fine Commode, by Mellier and Company in the Manner of André-Charles Boulle. Butchoff Antiques, London.

Boulle’s influence in the design and furniture world has lasted for hundreds of years. This has been aided by the circulation of his designs illustrated in books of engravings, published around 1720. Designs included various models of furniture, such as bureau plats, tables, cabinets, pedestals and clocks, offering options for different forms and features, such as assorted leg styles, marquetry decoration, and gilt bronze mounts. An example is of this stylistic influence is the conception of this highly unusual serpentine commode by Mellier (Ref. 9045, fig. 4) constructed in tortoiseshell and brass in premiere-partie Boulle work. 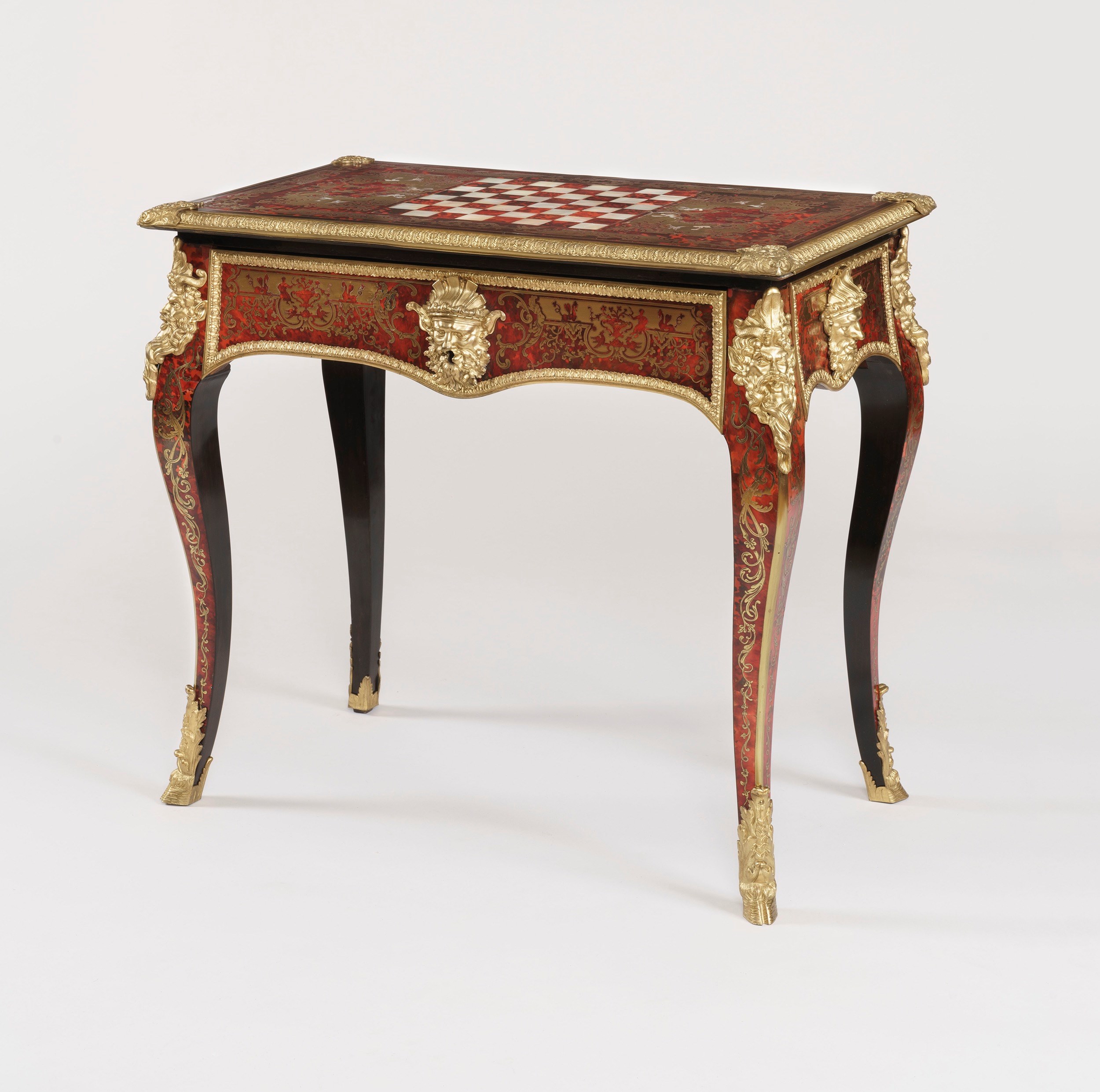 Boulle’s ormolu bronze mounts were largely inspired by Classical mythology, such as the Bacchus mask as seen on this bureau plat (fig. 6) symbolically portrayed with grape vine garlands and a crown.  The bureau plat demonstrates a beautiful and eye-catching play of contrasting black ebony wood against the gold of gilded bronze and brass inlay.  The drawers are enriched with tortoiseshell ground and foliate brass ornamentation and all four corners are mounted with female masks which flow into foliate waterfalls melting into the ebony and brass inlay. 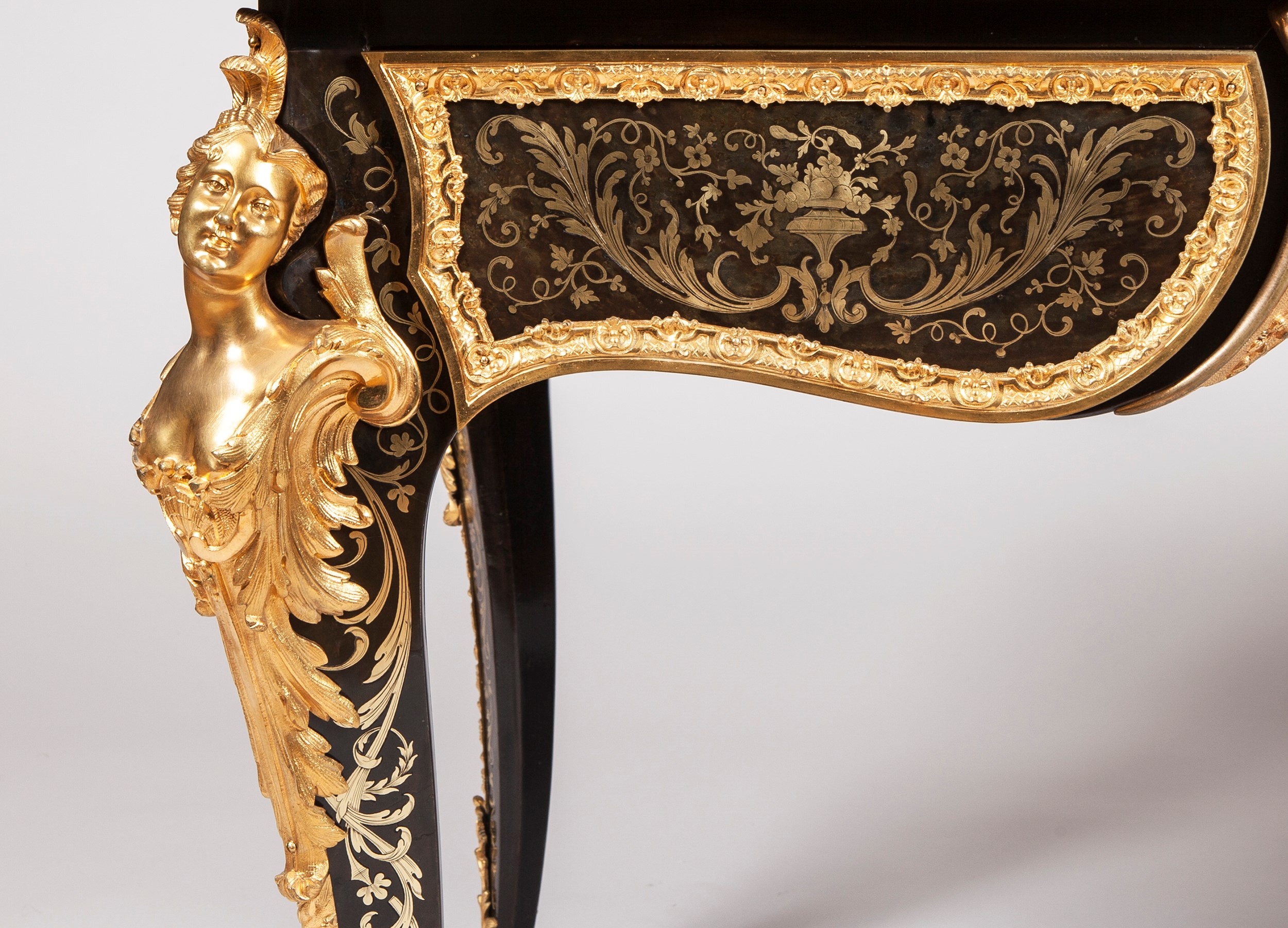 The inspiration for the Bacchus mount designs likely derive from a medal cabinet attributed to André Charles Boulle dated circa 1710-15 that is now in the J. Paul Getty Museum (84.DA.58) in Los Angeles, California.