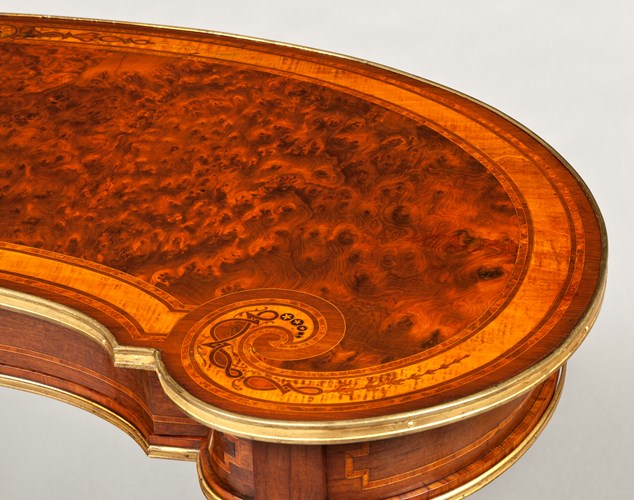 Today we are launching our new series exploring the diverse woods employed in antique furniture and their manifold uses in the art of cabinetmaking; starting with one of our favourite timbers: Thuya Wood.

Thuya wood stems from the Thuya tree, a small conifer which can only be found in the remote forests of the Atlas Mountains in modern-day Morocco. One of the few woods mentioned in the Bible, the timber was praised by the Ancient Greeks and Romans, and its fragrant oils were used in religious ceremonies. Maturing slowly, the most desirable part of the tree is its burl buried beneath the ground. These are cut from the root of three, creating a more tightly packed and swirled veneer. Fine grained and lustrous, it has rich brown colour and is strikingly marked with small burr pips.

Incredibly rare, Thuya wood is one of the most exclusive timbers and is only found on exceedingly luxurious pieces of furniture. A cabinet formerly in the Royal Collection, and a bespoke commission for Marlborough House for the Prince of Wales (later King Edward VII) by Holland & Sons (ref. 8637) incorporates Thuya wood, as well as circassian walnut and various specimen woods. 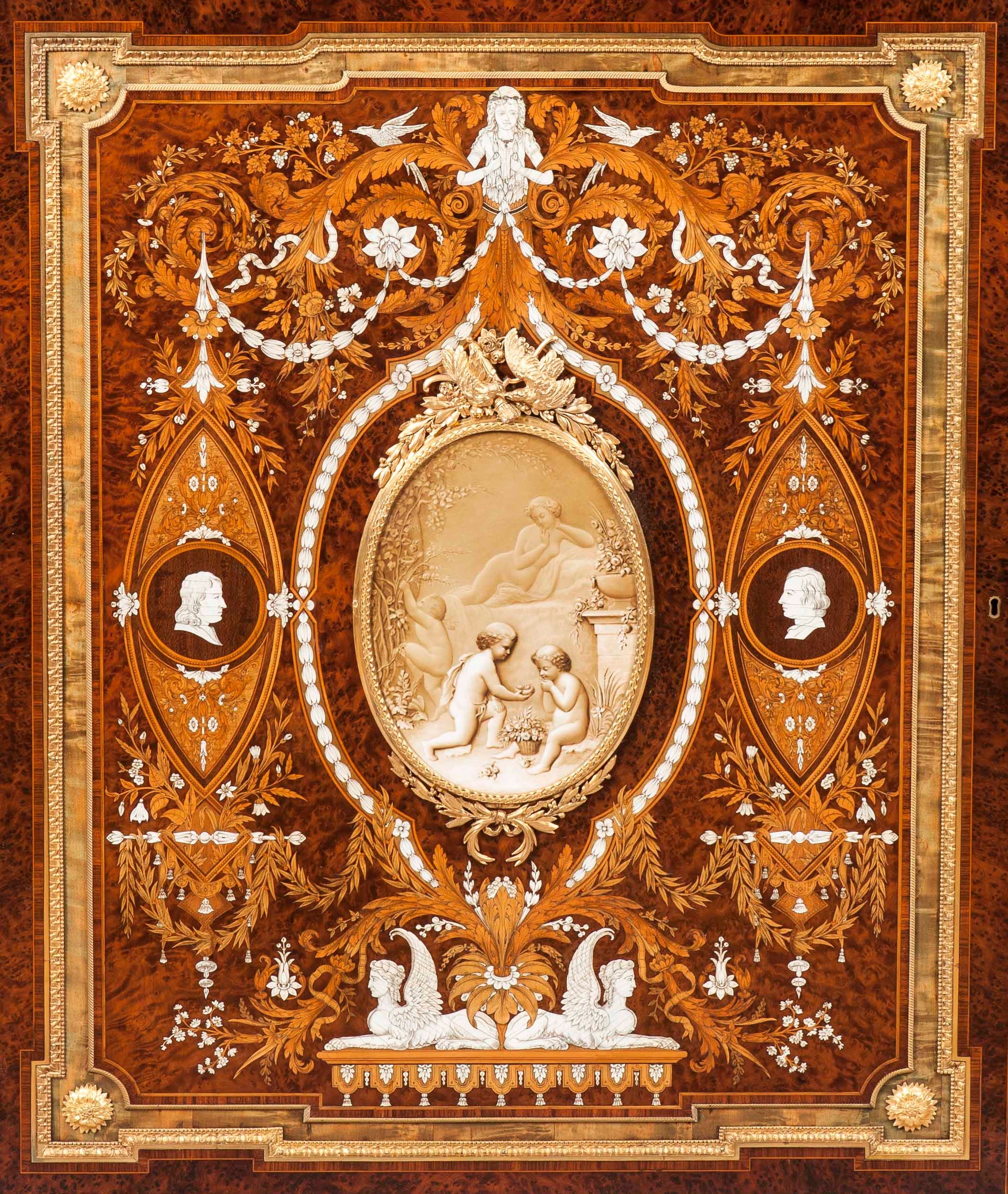 France was the major exporter of Thuya starting in the 1830’s, and their cabinetmakers were among the first to start using the exotic veneers in furniture for the grandest chateaux and city palaces, as seen in this pair of cabinets made by Henri Picard of Paris (ref. 8911) who also furnished the apartments for Napoleon III in the Louvre. These meubles  à hauteur d’appui would take center stage in the lavish apartments of Paris; their materials, size, and style reflecting the opulence of the Second Empire. 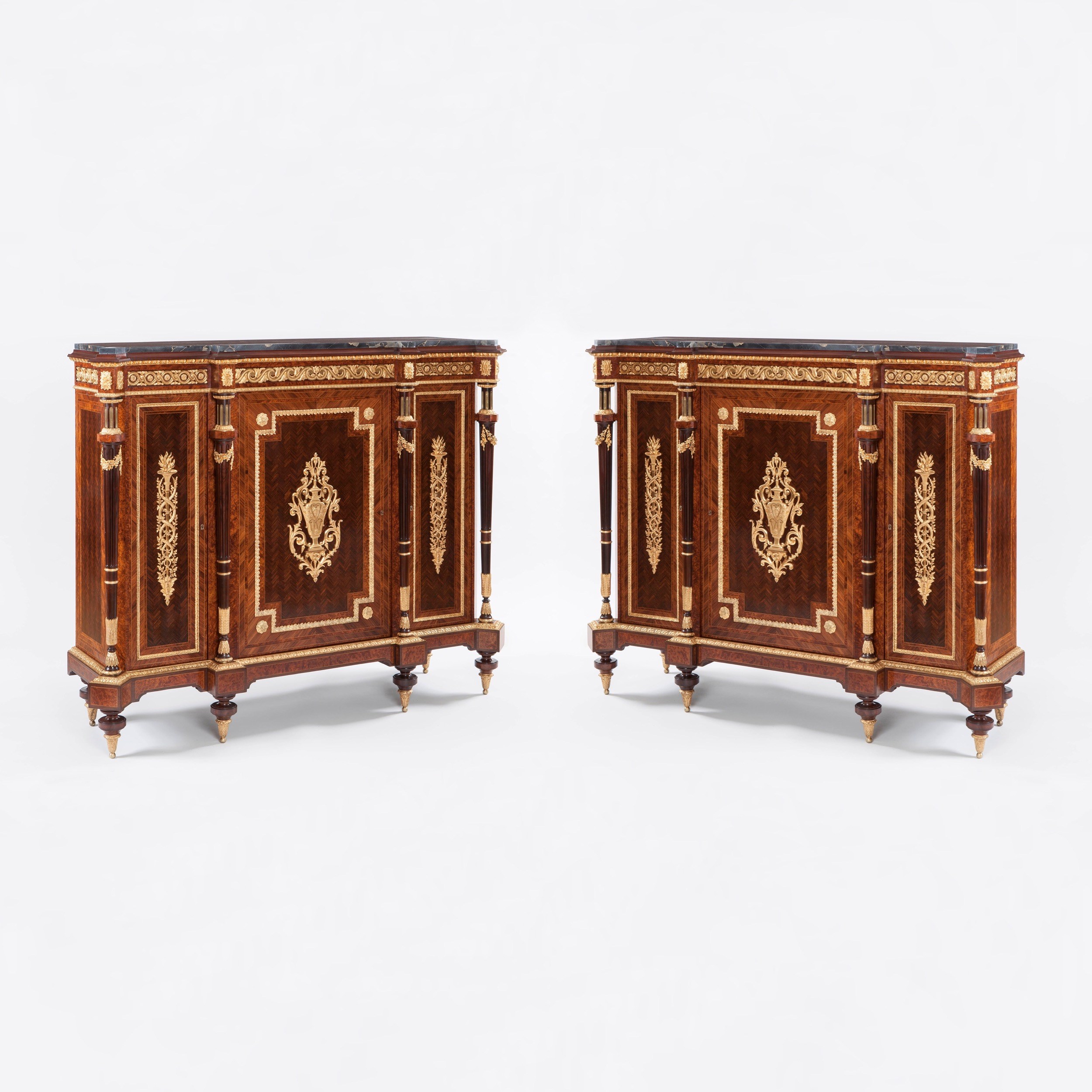 By the 1850’s, though still rare, Thuya made its way to England, particularly via the royal cabinetmaker Holland & Sons who married the French aesthetic with English craftsmanship in a style now called ‘Franglais’ by the eminent furniture historian Christopher Payne. The aristocracy and great landowners of the 19th century furnished their homes in this contemporary style, with the best pieces, such as this centre table (ref. 7874) made for Whitbourne Hall, incorporating large Thuya veneers on the top, but also along the tapered legs and the stretcher. 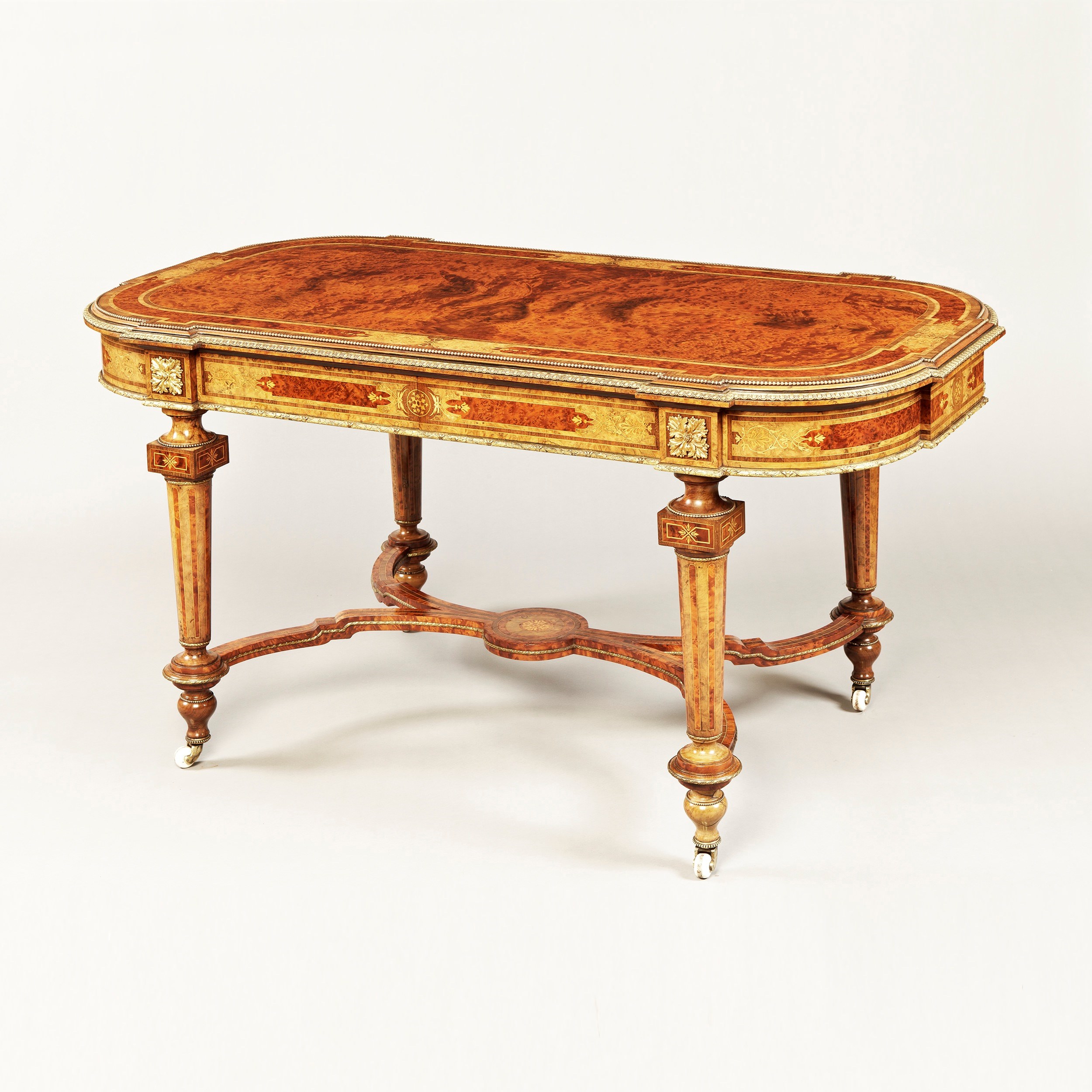 Ref. 7874, A Very Fine and Substantial Centre Table In the Louis XVIth Manner of Holland & Sons, circa 1850. Butchoff Antiques, London.

Thuya remains a highly expensive wood to this day, and its use is limited to small decorative items, such as jewellery boxes and table cabinets. Antique Thuya is more desirable, however, having a rich tone and strikingly marked with small, almost black burr pips clearly seen in this table cabinet made by Gatti, made circa 1870. 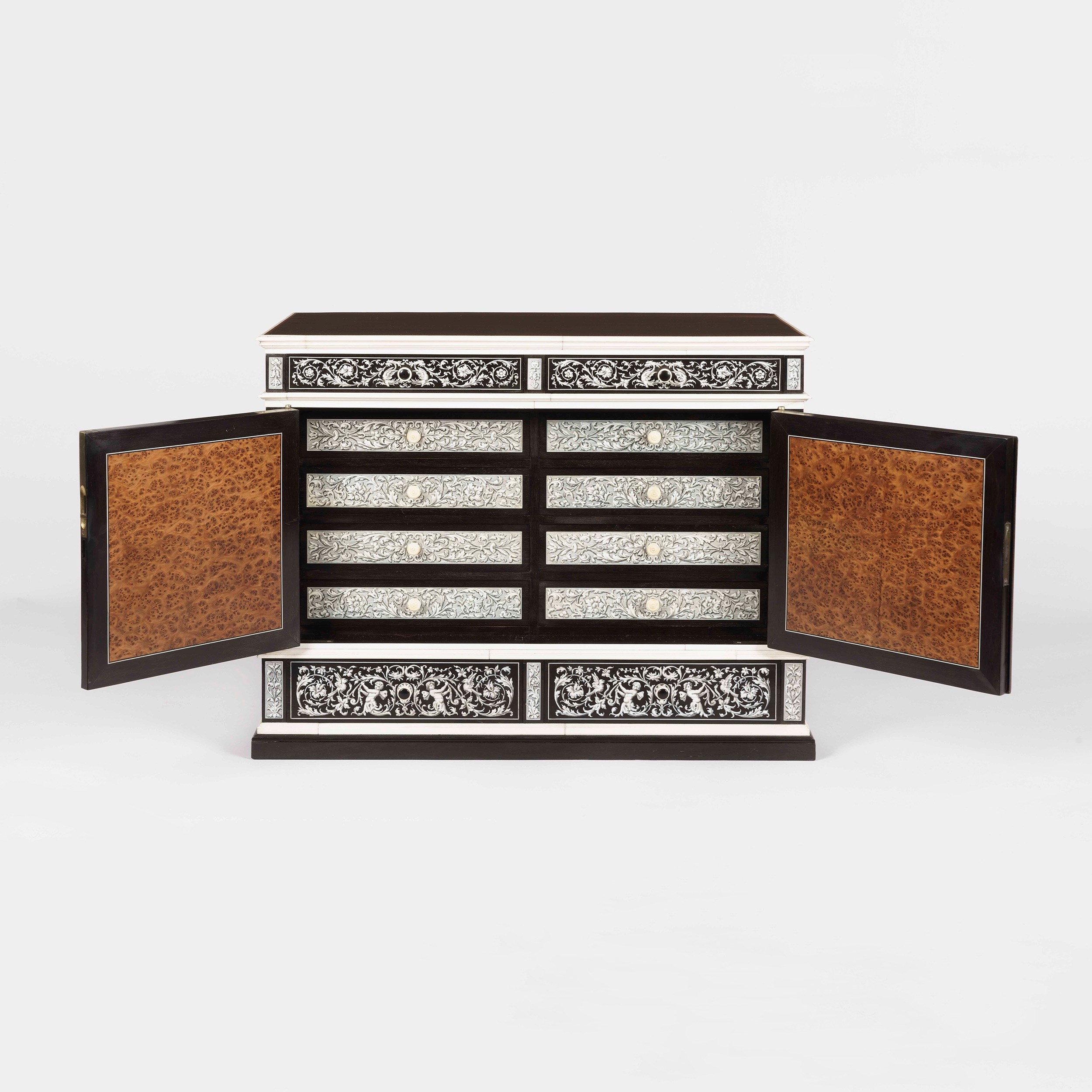