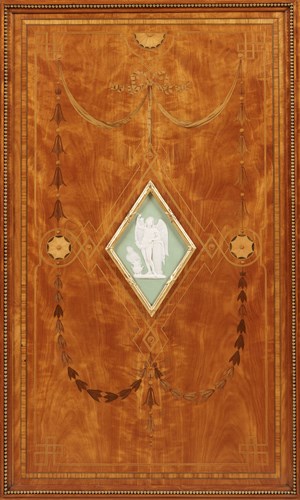 The company of Wright & Mansfield was formed in 1860 by two employees of the noted interior decorators Jackson and Graham of 37-38 Oxford Street, London. Particular in their choice of clientele, a number of loyal and discerning patrons followed them to their newly established business in Great Portland Street, before their move to larger Bond Street premises. 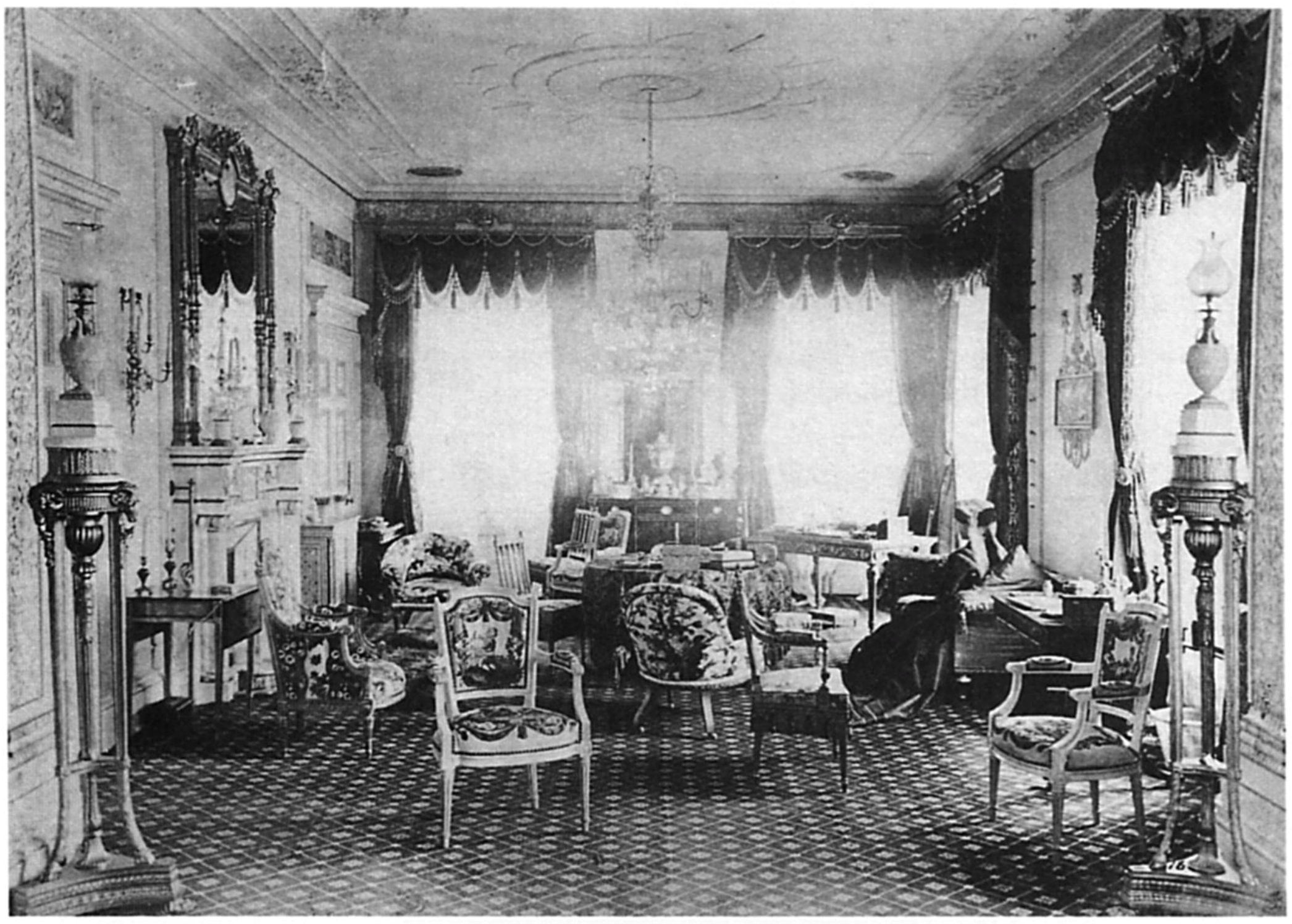 The Drawing Room at Guisachan, Inverness-shire, one of Wright & Mansfield's earliest commissions.

Alfred Thomas Wright and George Needham Mansfield rose to great prominence after their exhibits at the 1862 International Exhibition held in London, on the site of what is now the Natural History Museum, South Kensington. The Art Journal Catalogue of the International Exhibition, and J.B. Waring’s ‘ Masterpieces of Industrial Art and Sculpture’ of 1862 record their work, and two bookcases, as well as a fireplace constructed of ‘Ginn’ or ‘Gean’ wood, with inset Wedgwood plaques were illustrated, along with a piano (ref. 6972), painted in the manner of George Brookshaw, and commented upon and favourably compared to the Eighteenth Century work of the Adam Brothers. 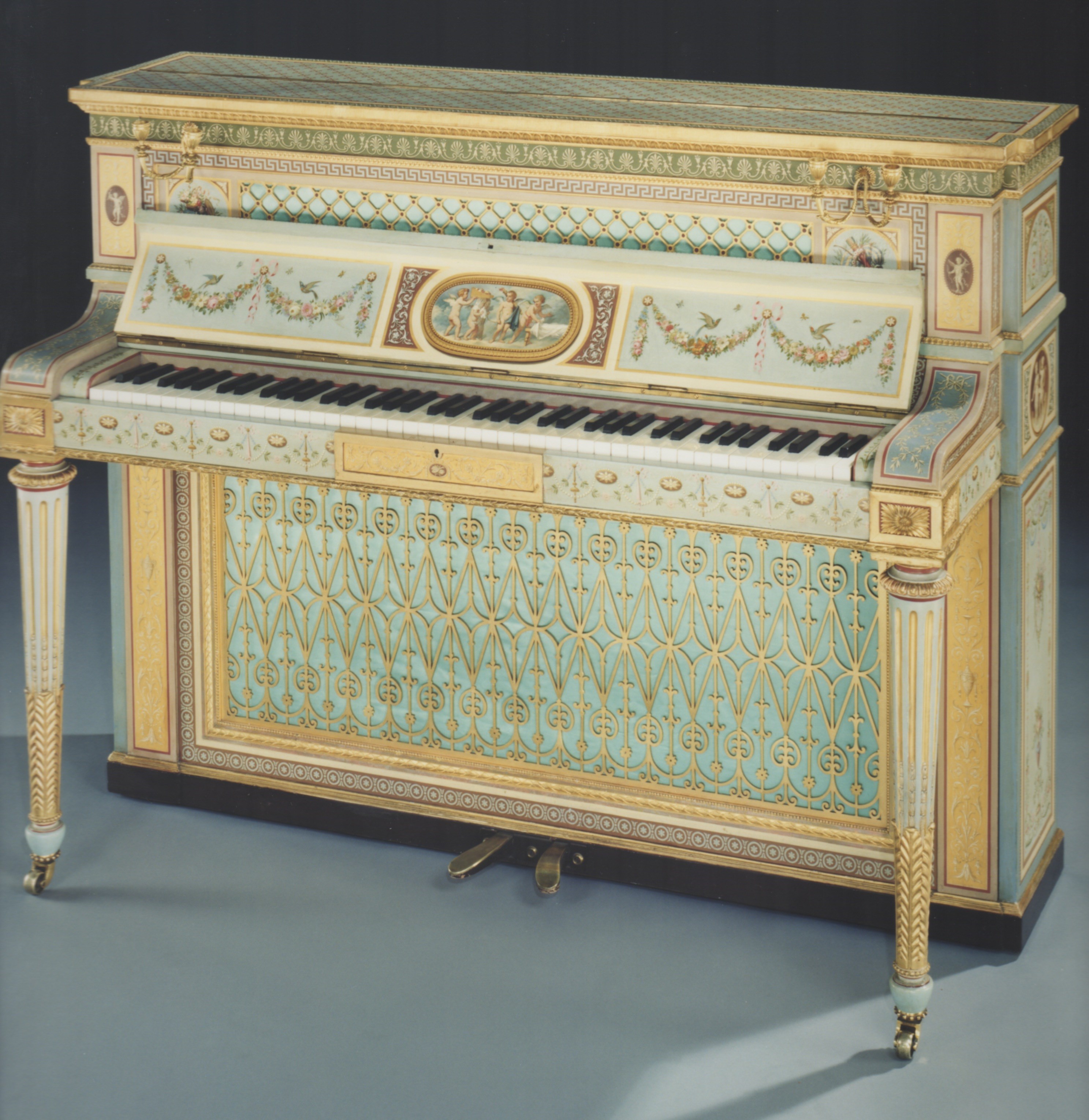 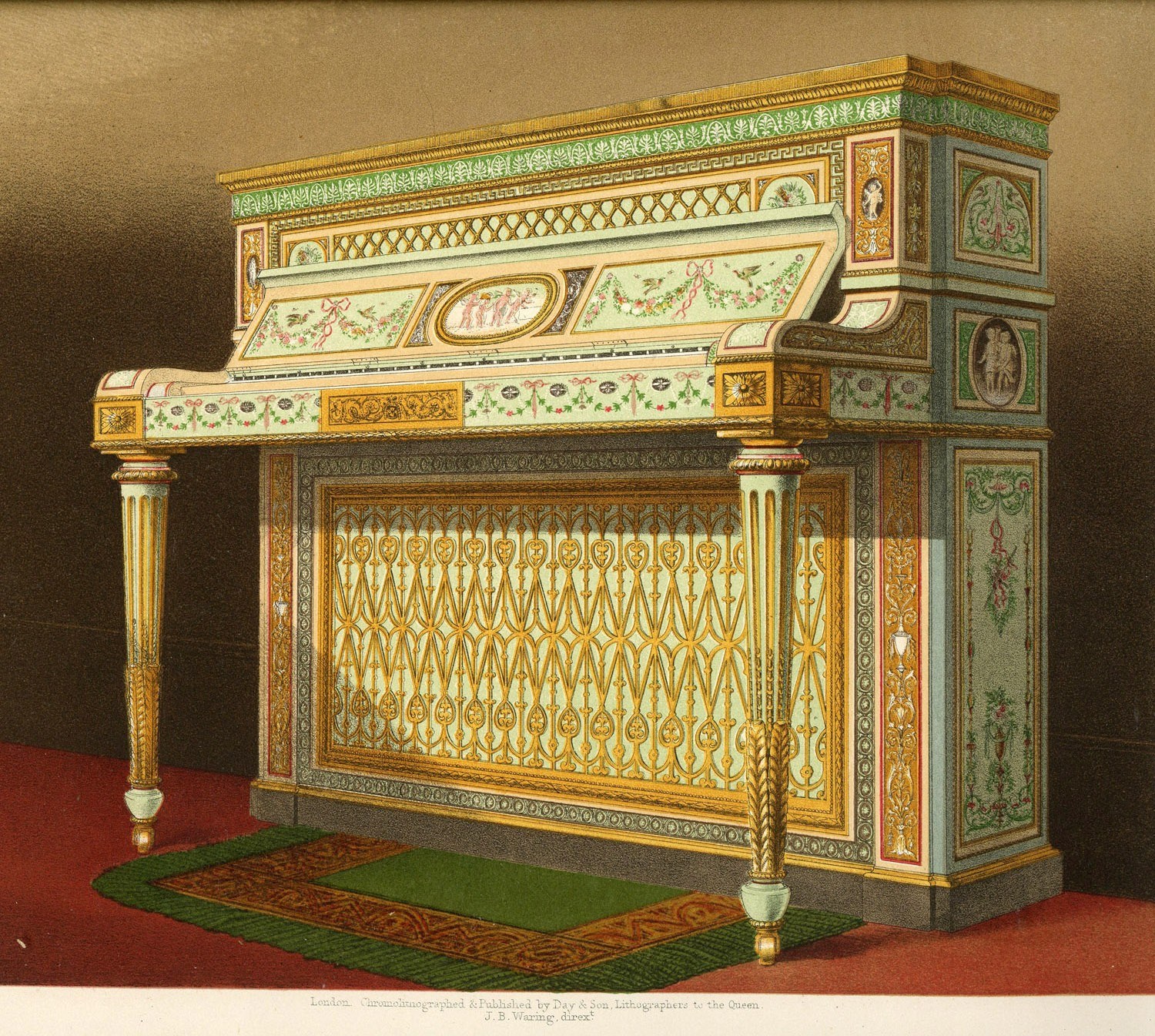 The Wright & Mansfield Upright Piano, as illustrated in J.B. Waring, Masterpieces of Industrial Art and Sculpture at the International Exhibition, 1862.

Their speciality was the manufacture of Adam Revival furniture. This is especially evident in the below demi-lune commode (ref. 7034), which is a faithful rendition of the original 1774 design of Robert Adam for the Countess of Derby at Derby House, Grosvenor Square, and made by Mayhew & Ince. 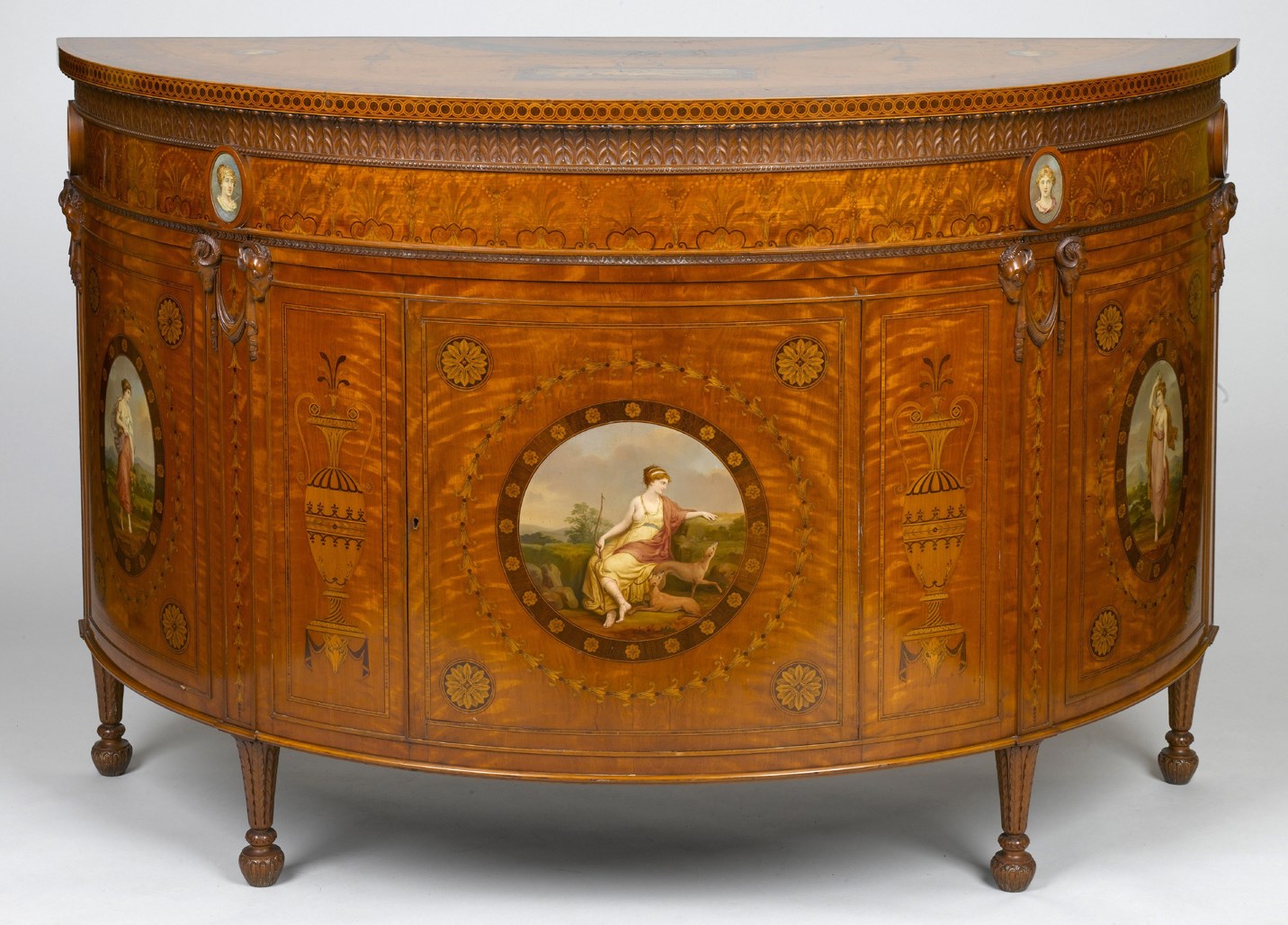 Ref. 7034, An Exhibition Quality Commode after the Original 1774 Design of Robert Adam, by Wright & Mansfield, circa 1870. Previously with Butchoff Antiques, London. 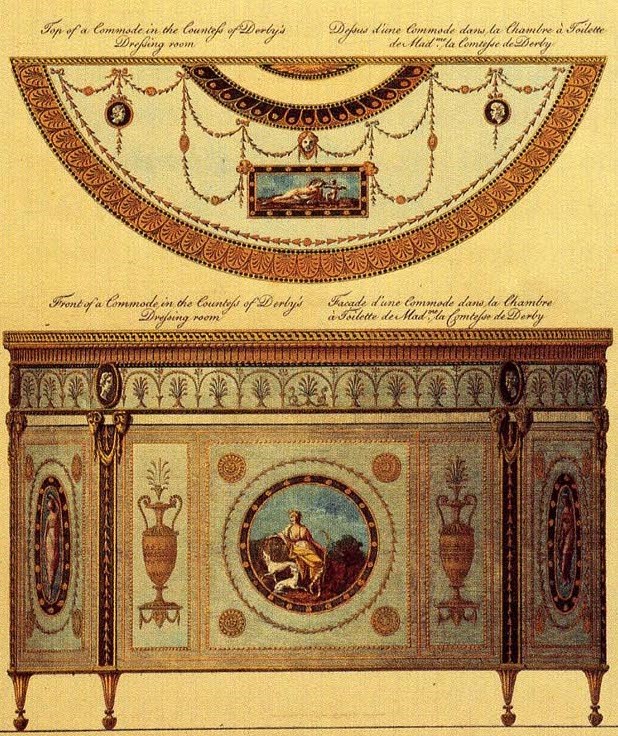 The original design by Robert Adam, dated 1774, and made by Mayhew & Ince.

A magnificent Satinwood Bookcase Cabinet with Wedgwood plaques they exhibited at the 1867 Paris Universelle Exposition was purchased on the spot by the Victoria and Albert Museum for the extraordinary sum, in those days, of £800, where it still forms an important part of its permanent furniture collection. 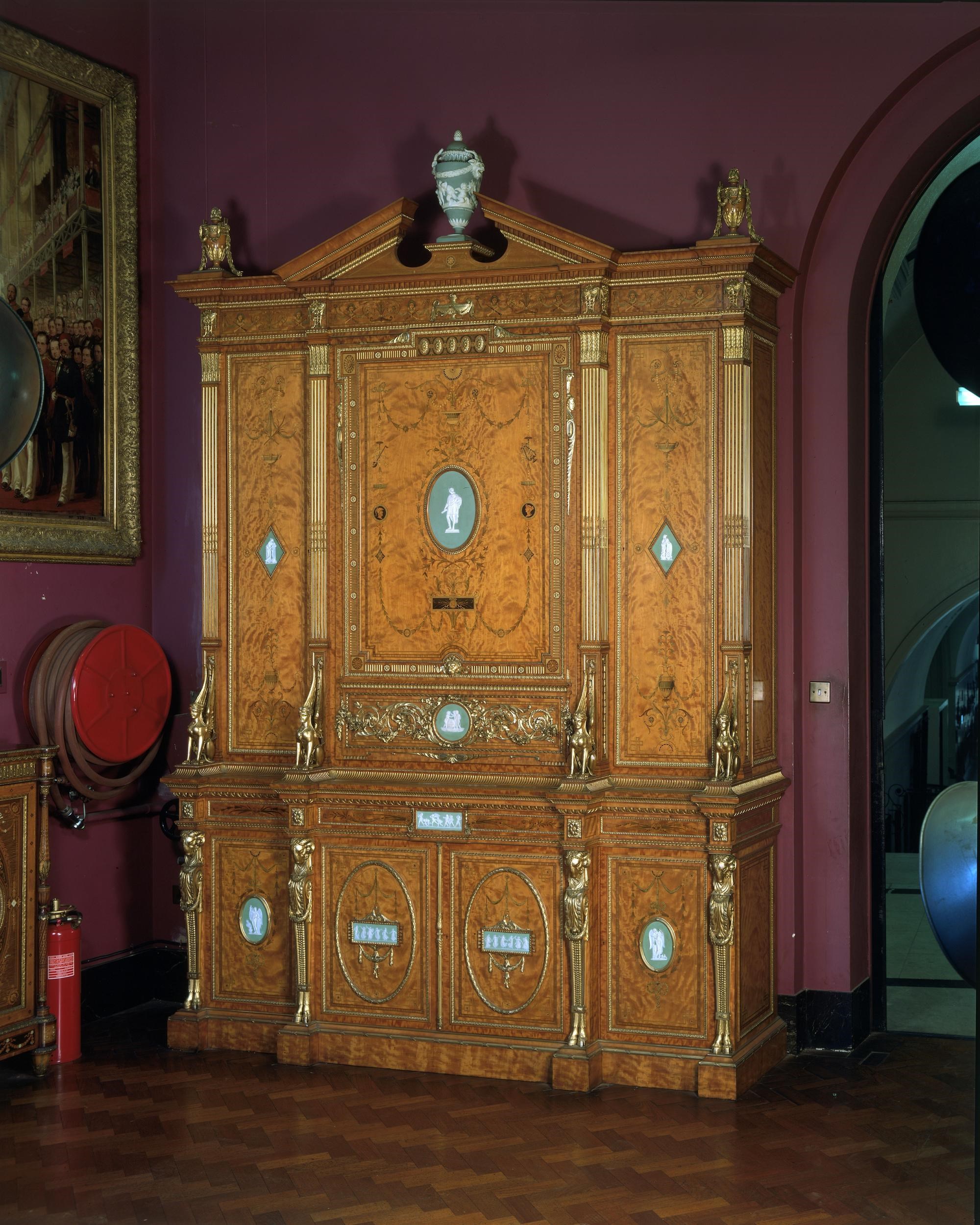 Wright & Mansfield's Satinwood Cabinet shown at the 1867 Exposition Universelle of Paris. Courtesy of the V&A, London.

Commissions following the great success of 1867 led to the design of various en suite pieces which accompanied the bookcase cabinet, equally incorporating Wedgwood plaques and employing satinwood veneers, such as the side cabinet below (ref. 9046). 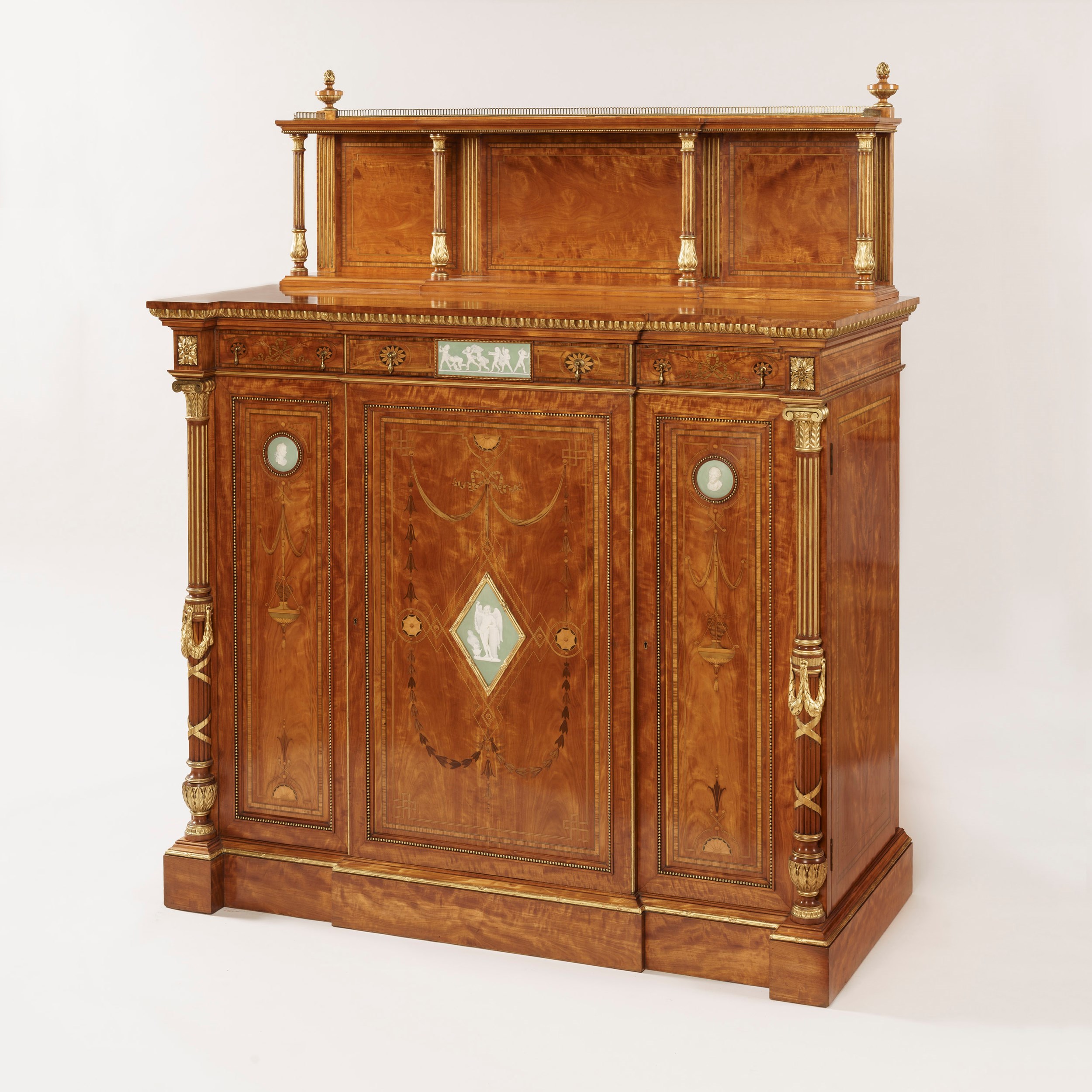 Their showing at the 1876 Philadelphia Centennial Exhibition attracted wide admiration and was most favourably commented upon in the journals of the day. The firm continued exhibiting furniture regularly, including London’s Albert Hall Art Furniture exhibition in 1881. Their decoration commissions included Haddo House (for the Earl of Aberdeen), Argyllshire, and Brook House, London. Furniture of theirs is known both stamped, and unmarked. 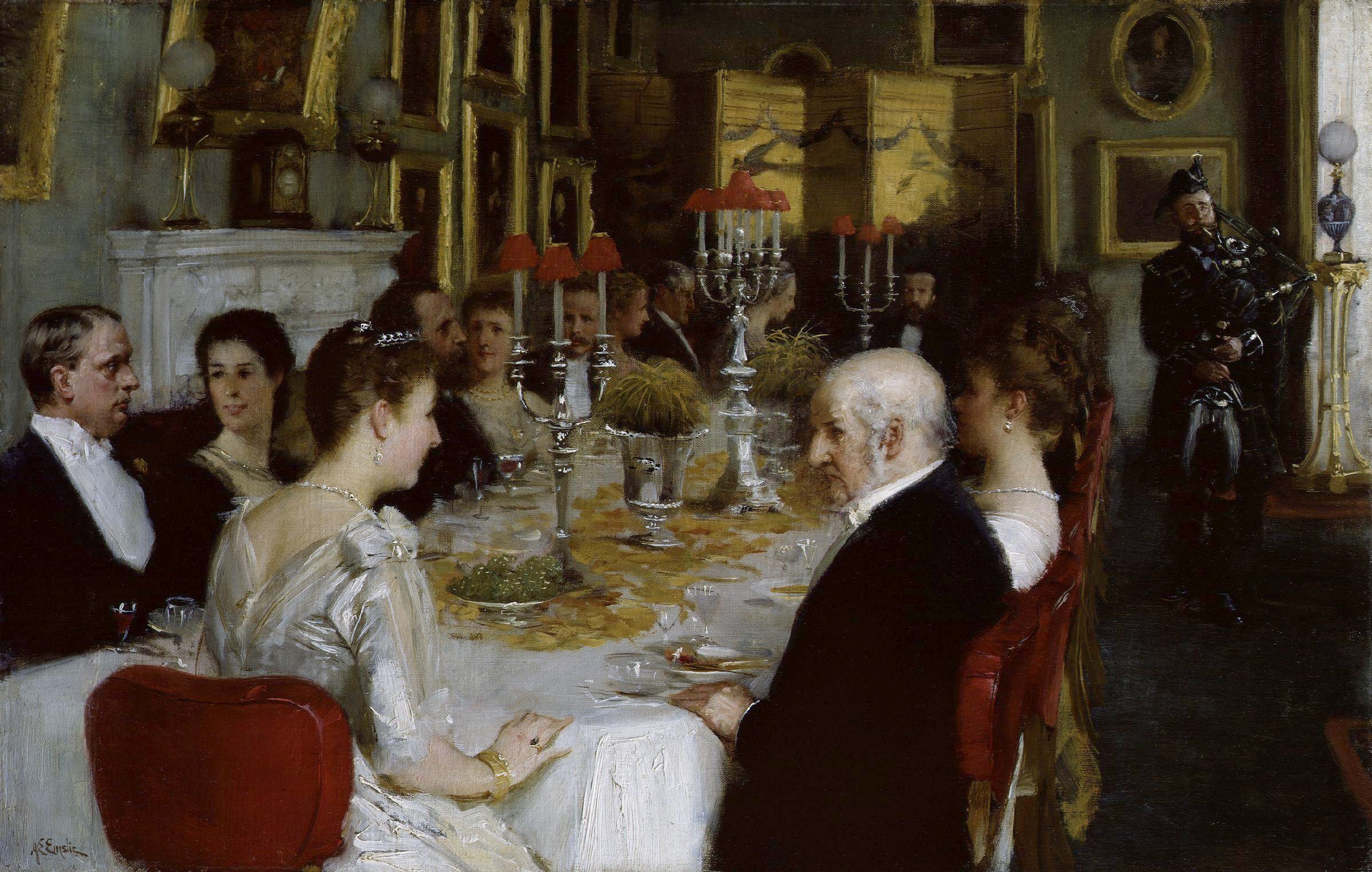 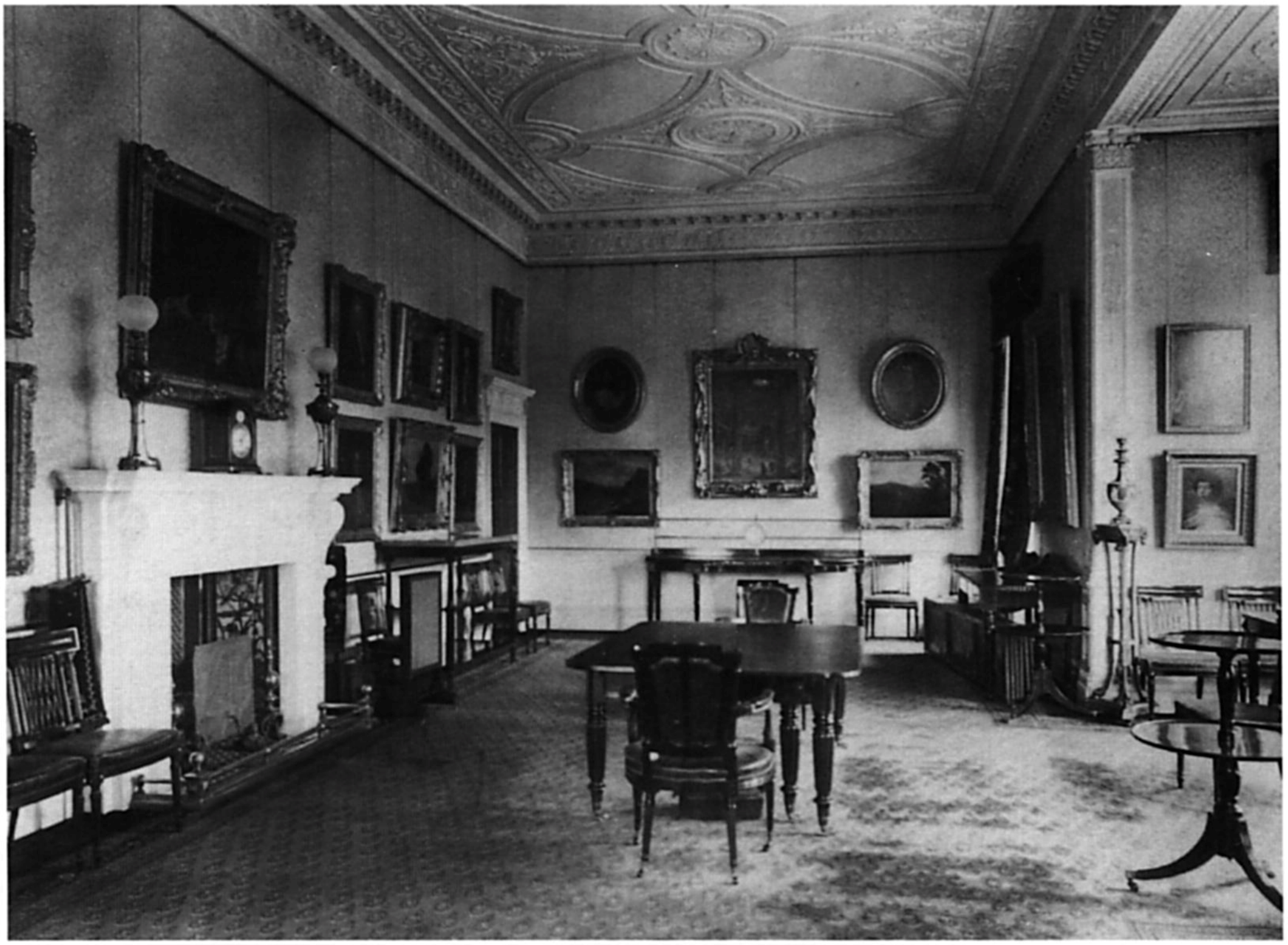 A contemporary photograph of the same room at Haddo House showing the Wright & Mansfield furnishings.

An early patron of the company, Sir Dudley Coutts Marjoribanks, a member of the Coutts banking family, and noted collector of Wedgwood, instructed Wright and Mansfield to refurbish, and furnish his Scottish estate, Guisachan, Inverness-shire, which he had purchased in 1856, and later his London residence, Brook House, Park Lane, designed by Thomas Henry Wyatt, and completed in 1867. 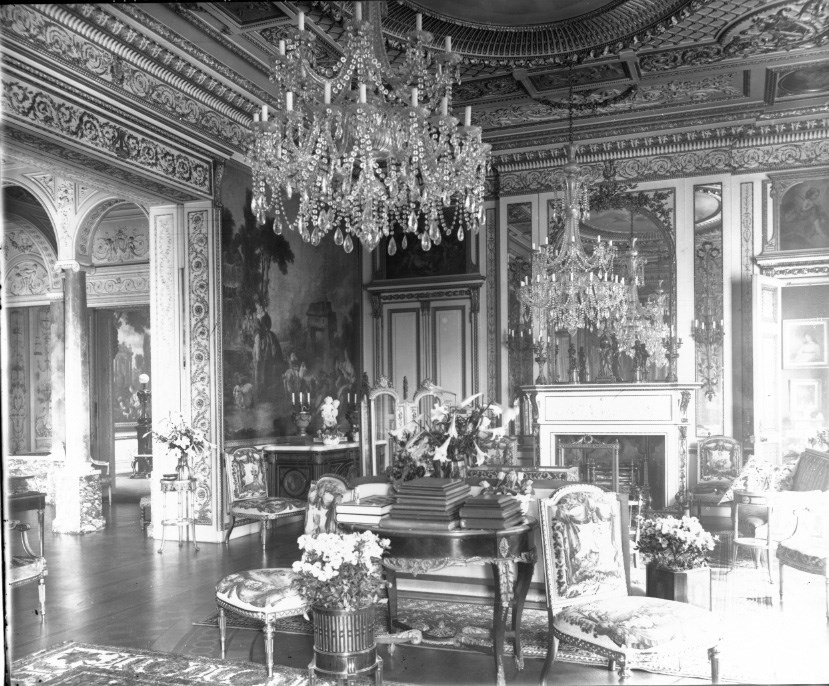 Brook House incorporated carved panelling and furniture, including Marjoribanks’ Wedgwood library table in Gean wood, the finest piece of furniture the company ever made (ref. 6804). Sir Dudley had specified that wood used was to originate from his Scottish estate. An incredible piece of craftsmanship and art, the desk also incorporated 67 Wedgwood basalt plaques. It was noted that Sir Dudley was instrumental in assisting his daughter Ishbel, upon her marriage to the Earl of Aberdeen, in 1878 to refurbish and refurnish the decrepit, (by Ishbel’s own account, recorded in Lord & Lady Aberdeen’s’ book ‘We Twa’), Haddo House, Aberdeenshire.

The decorations were completed in 1883, just prior to the dissolution of the partnership in 1884, apparently due to the failing health of Alfred Wright, who died in 1890. The remaining stock of the company was sold by Phillips Son & Neale in an initial sale held over the 23-25 June 1886, and a final dispersal sale held in 23-25 June 1887.