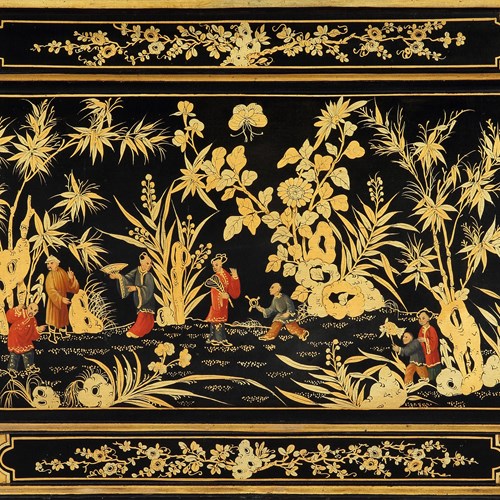 C is for Chinoiserie

Chinoiserie, from the French ‘chinois’ meaning Chinese, is a term used in the fine and decorative arts to describe Chinese and East Asian-inspired motifs used in Western art, furniture, and architecture. Gaining traction during the seventeenth century via the trade of the Dutch and British East India Companies, the vogue for chinoiserie attained its height in the eighteenth century.

Chinoiserie motifs typically include landscapes scattered with delicate little trees, cloud-capped mountains, pagodas with tiny bells, railings, mythical birds and dynamic figures. Many of these designs came from the Far East via imported silk and lacquer boxes. Over time, they were adopted by European artists and craftsmen, thereby attaining a new character altogether. 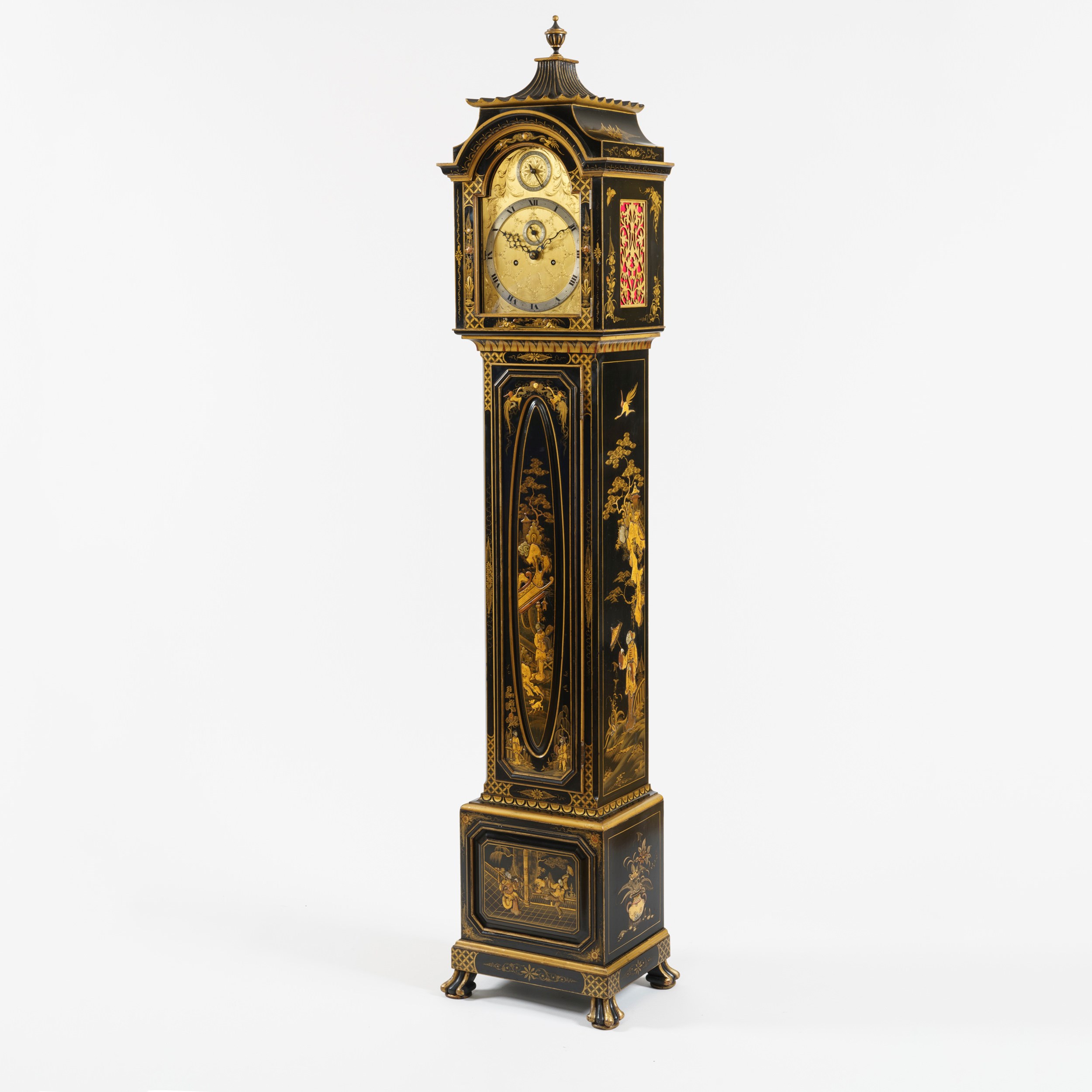 Figure 1. A Good Longcase Clock in the Chinoiserie Manner, circa 1910. Butchoff Antiques, London.

Chinoiserie decoration never completely went out of fashion, and the 19th and 20th centuries are responsible for some of the most striking chinoiserie renditions, including this fine longcase clock which represents beautiful court scenes populated by musicians, courtesans within a lush landscape with pagoda pavilions, swirling trees, and mythical birds (fig. 1). 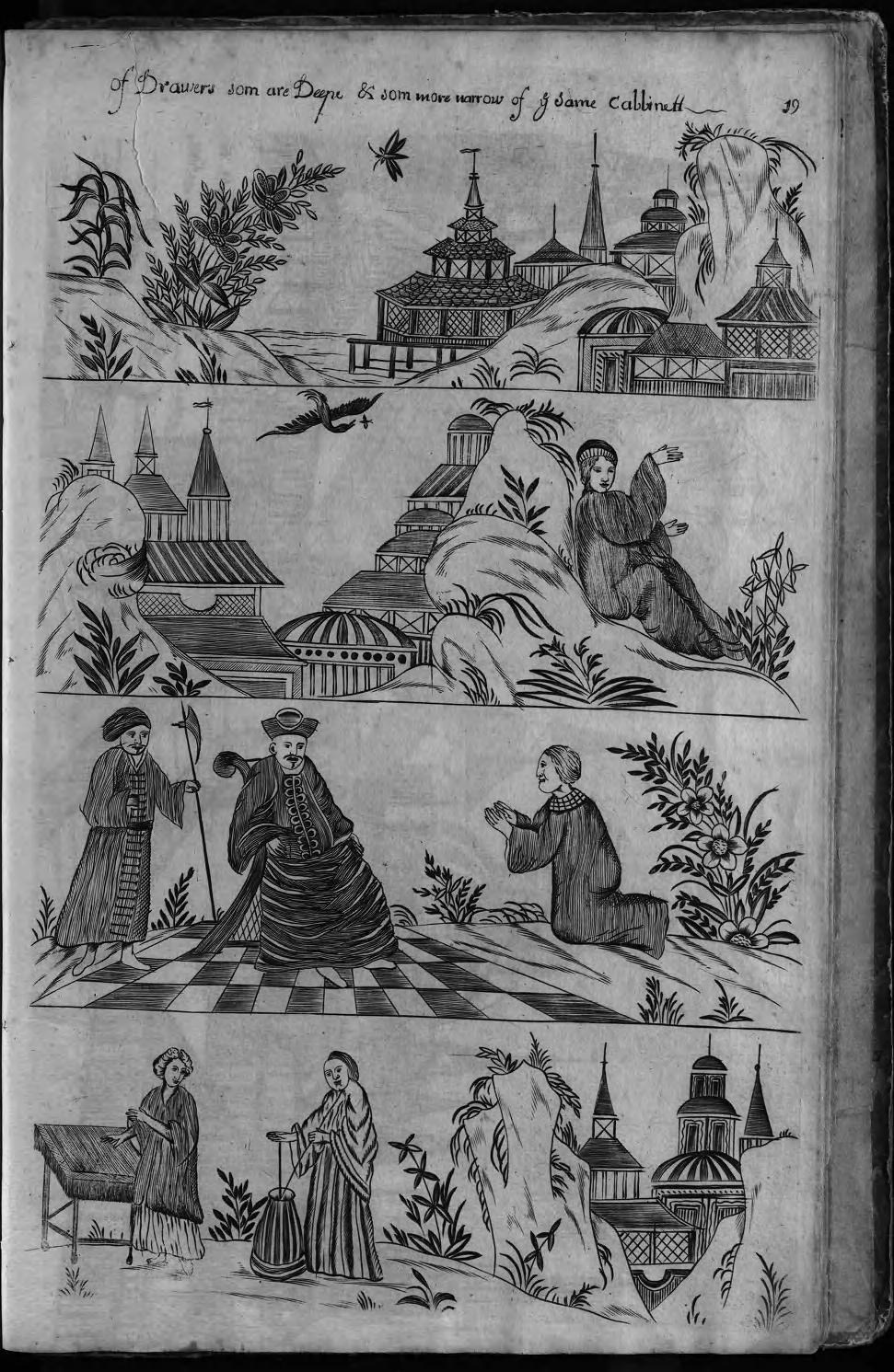 Figure 2. Designs for various drawer fronts, from John Stalker and George Parker's A Treatise of Japaning and Varnishing, Being a Complete Discovery of Those Arts [...] Oxford: Richard Wood, 1688.

Many European craftsman and artists produced work in the chinoiserie style adhering to published techniques and designs such as those found in an early book by John Stalker and George Parker entitled Treatise of Japanning and Varnishing of 1688 (fig. 2). Makers such as Thomas Allgood of Pontypool would have turned to design books like Stalker & Palker's in order to produce items such as this fine decorated tray (fig. 3). Likewise, the Italian cabinetmaker of this vitrine, made circa 1880, decorated each of the surfaces in the polychrome chinoiserie manner (fig. 4). 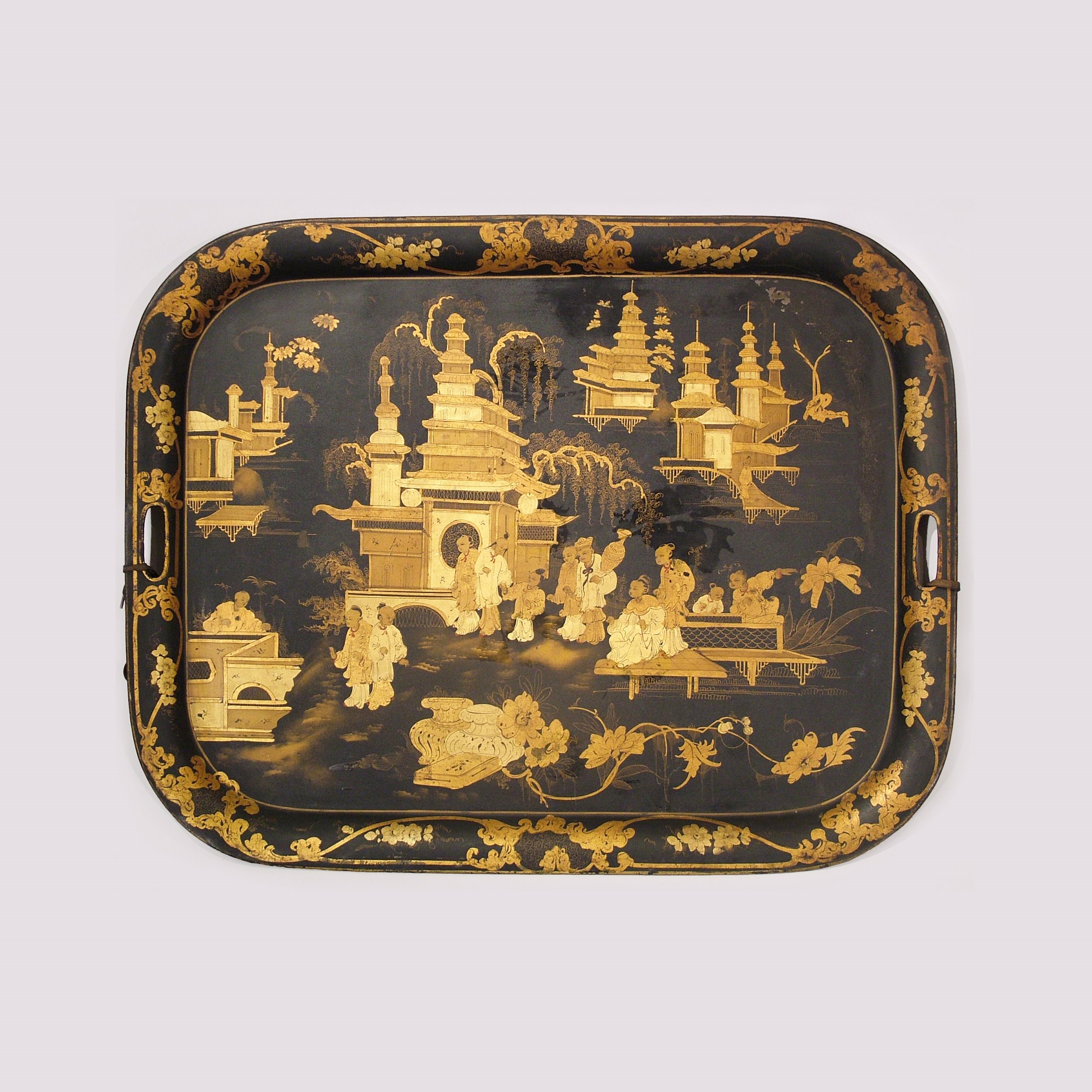 Figure 3. A Pontypool Tray of the Regency Period, circa 1820. Butchoff Antiques, London.

Throughout the centuries, however, the demand for Far Eastern silks, porcelain, and lacquerware competed with the domestic output. Items such as screens incorporating lacquer panels were highly coveted. It is not difficult to distinguish between Western and oriental lacquers as the former were a different composition of varnish, collar, and shellac. Because of this, some cabinetmakers, such as Henry Dasson, would incorporate oriental panels into his pieces of furniture. This was clearly the case in the pair of cabinets illustrated below (fig. 5), which incorporate lacquer panels which were most likely cut down from a larger screen. 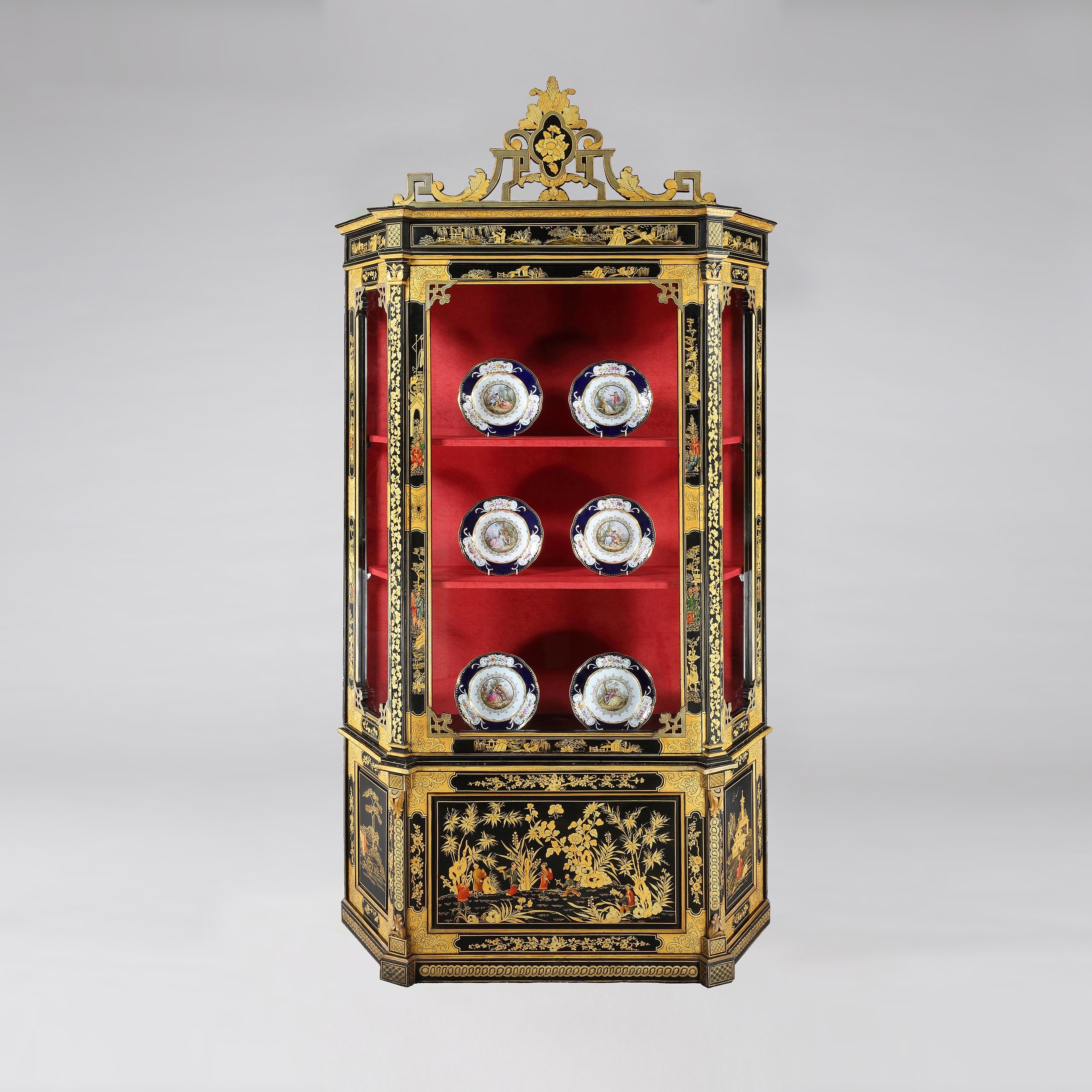 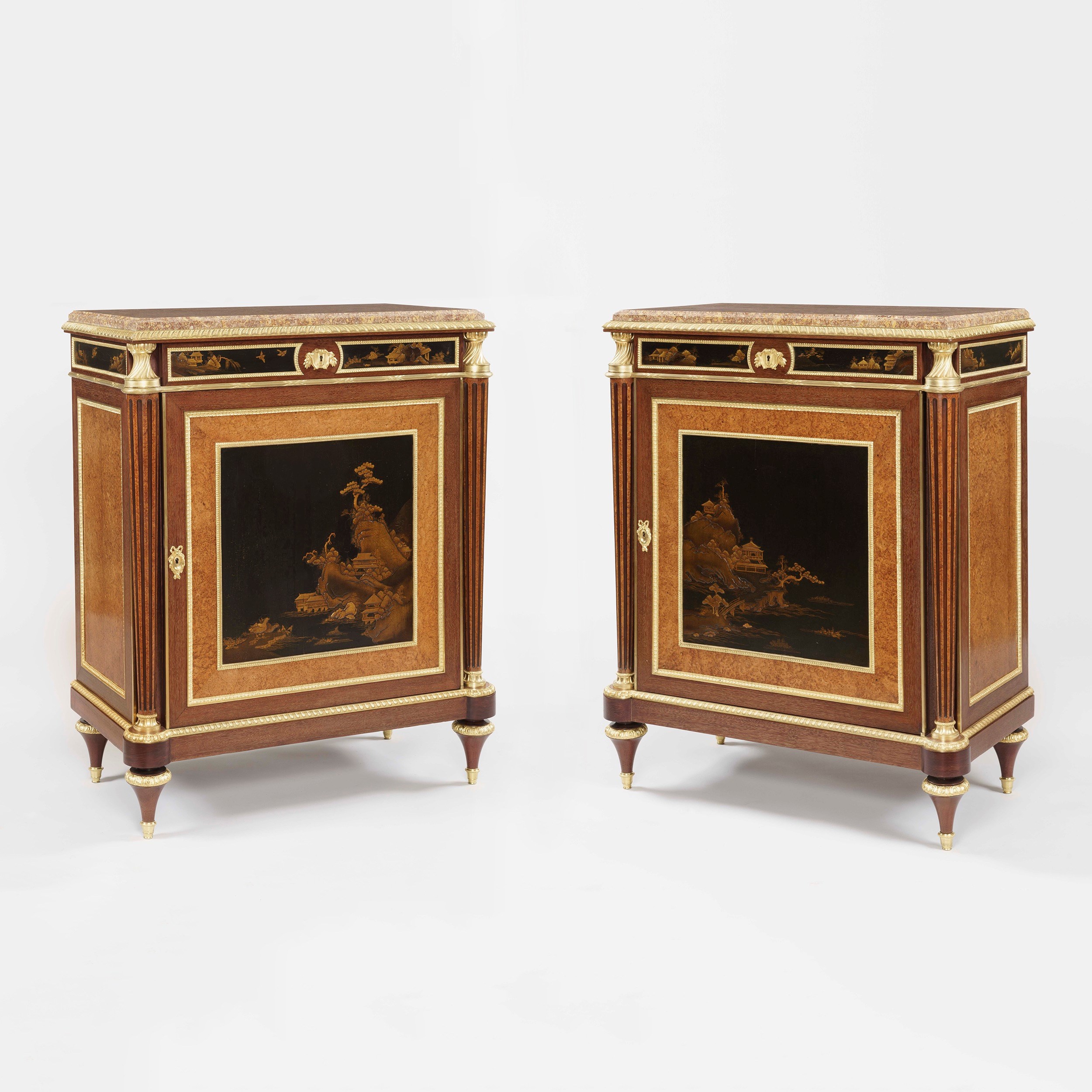 Figure 5. A Fine Pair of Cabinets by Henry Dasson, circa 1880. Butchoff Antiques, London.