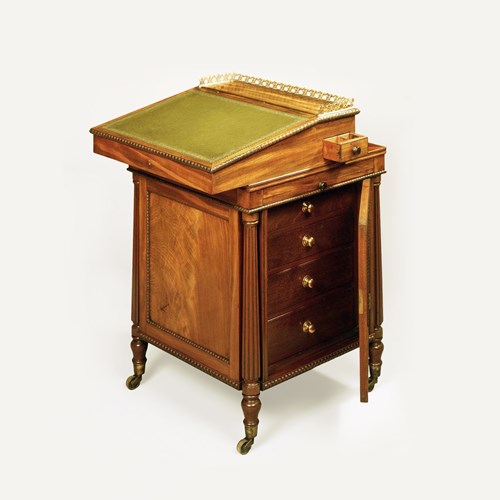 D is for Davenport

D is for davenport, a truly innovative type of desk enjoying a new popularity in the 21st century and incorporating a sloping writing surface. Furniture Historian Ralph Edwards credits the invention of the davenport to the famous firm of Gillows in the late 18th-century, citing a commission for a desk for a certain Captain Davenport described as “a small writing table with a sloping-top desk above a case of drawers.” The extensive Gillow records housed at the Westminster Archives contain the earliest drawing of a davenport, dated March 1816. The desk remained a clear favourite of the firm, and no-less than 27 drawings of davenports appear between 1816 and 1850. 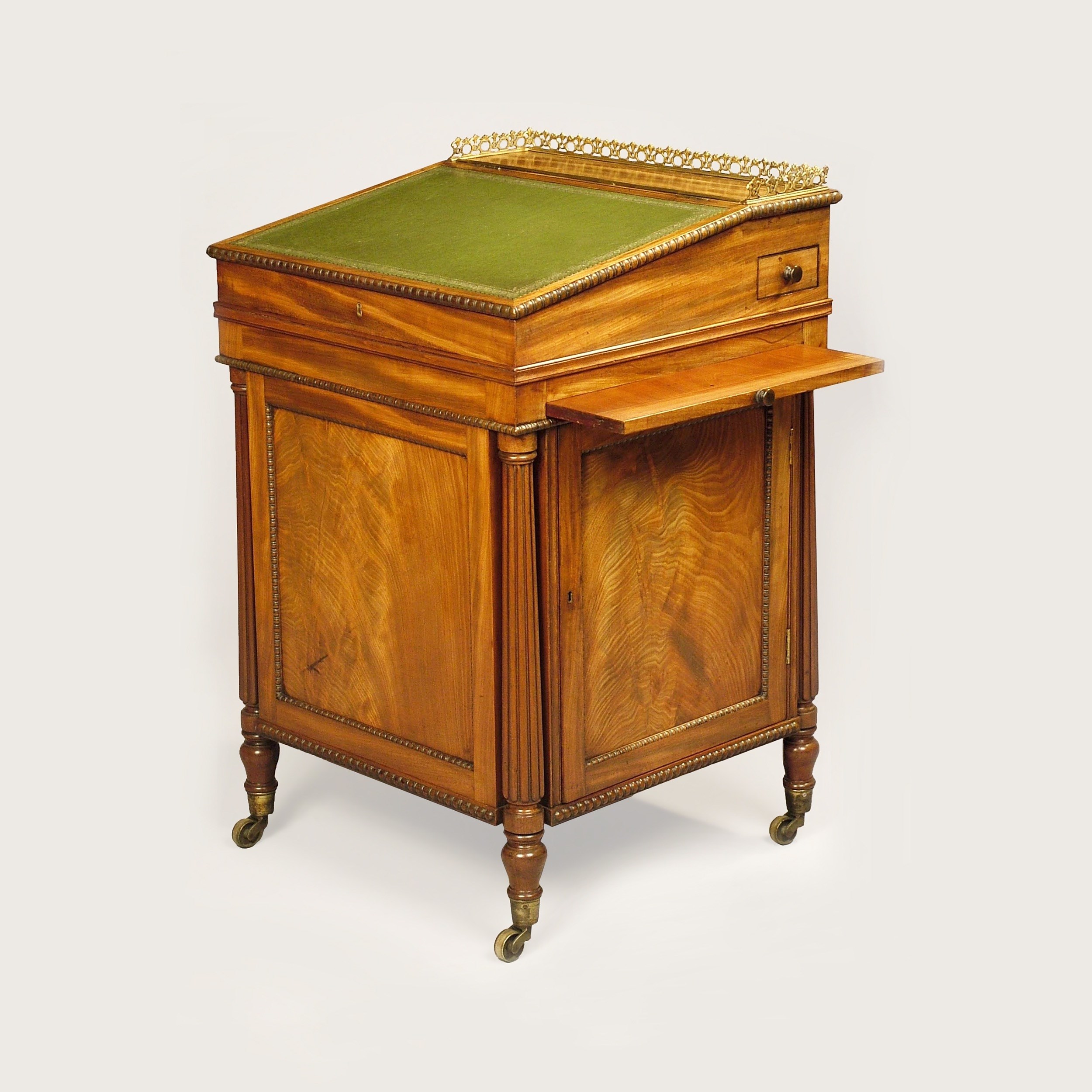 The basic features of the davenport have always remained consistent, characterised by a sloping leather-top desktop attached with hinges to the body and revealing a compartment with storage space for writing instruments, papers, and even laptops and iPads. Furthermore, davenports include one or two slides, with an ink drawer on the right-hand side. The rectangular body incorporates a series of drawers which anchor the desk, and were sometimes decorated with carved pilasters or pillars buttressing the side panels, as seen in the above davenport.

The davenport was considered a must-have practical piece of furniture. The tops were consistently finished with fine brass balustrades which kept items from falling off, and the recessed castors within the sturdy bun feet allow a single person to move the desk with ease.

Of course, opulent variations of the davenport were made by some of the top English cabinetmakers. Besides the more common mahogany examples, Butchoff Antiques has dealt in the finest davenports made of burr walnut, kingwood, satinwood, rosewood, and even amboyna (imported all the way from Indonesia!). 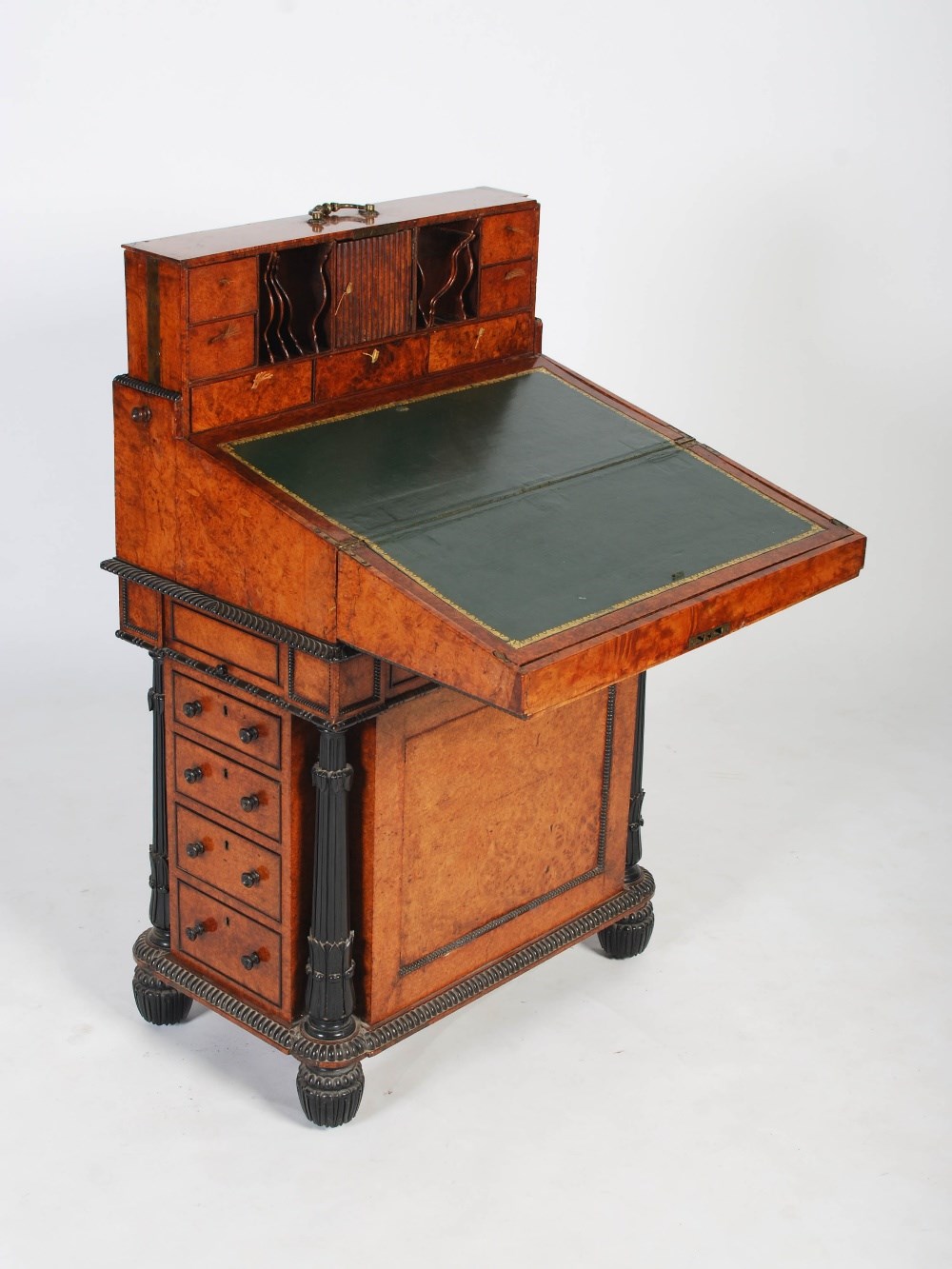 Holland & Sons was responsible for what is possibly the finest davenport ever to appear on the market. It was recently sold to a private collection by Butchoff Antiques, and used the finest rare woods including Harewood, Kingwood, and West Indian Satinwood in order to create sumptuous marquetry panels; the whole extensively decorated with fine gilt bronze mounts. In the firm’s famous Anglo-French manner, the davenport is a true one-a-kind. 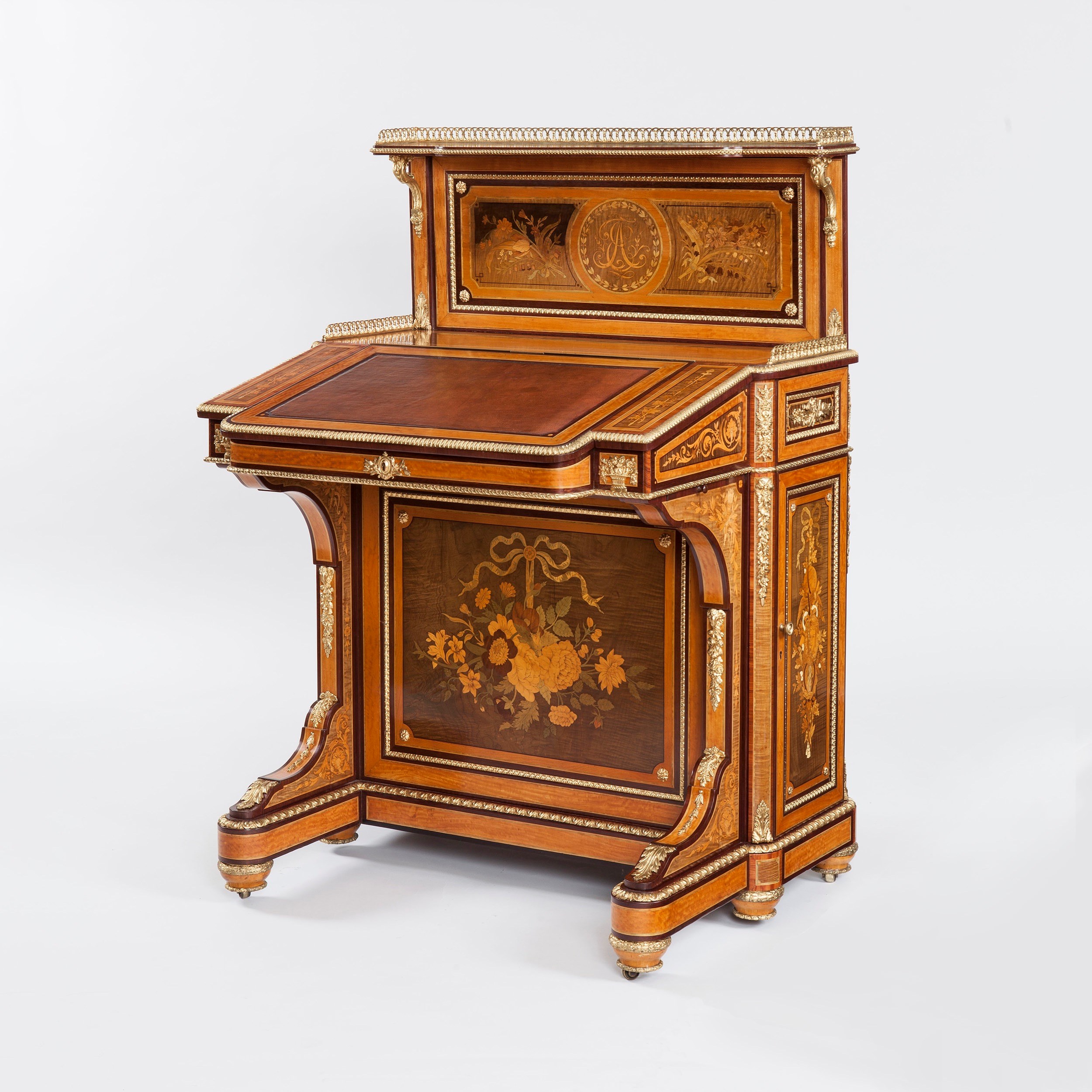 Figure 3. A Very Fine Davenport by Holland & Sons of London, circa 1865. Previously with Butchoff Antiques, London.

Another rare davenport, with Butchoff Antiques, is constructed from ebony, amboyna and ash, dressed with a medley of specimen woods. A very sumptuous example, and surely made for a very fashionable household, the davenport bears no makers’ mark. Stylistically, however, the piece can be dated to circa 1870. 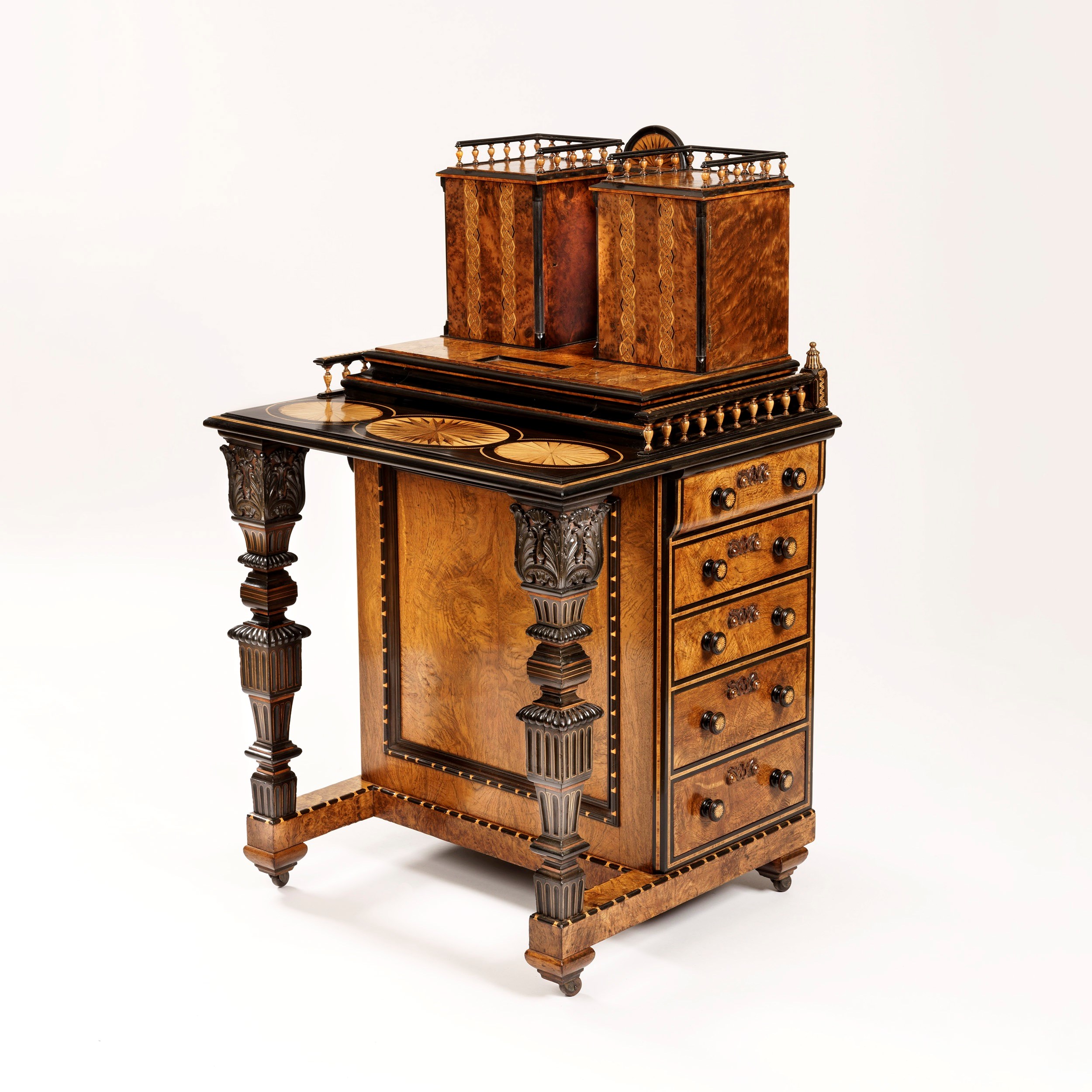 Figure 4. A Davenport of Rare Form, circa 1870. Butchoff Antiques, London. 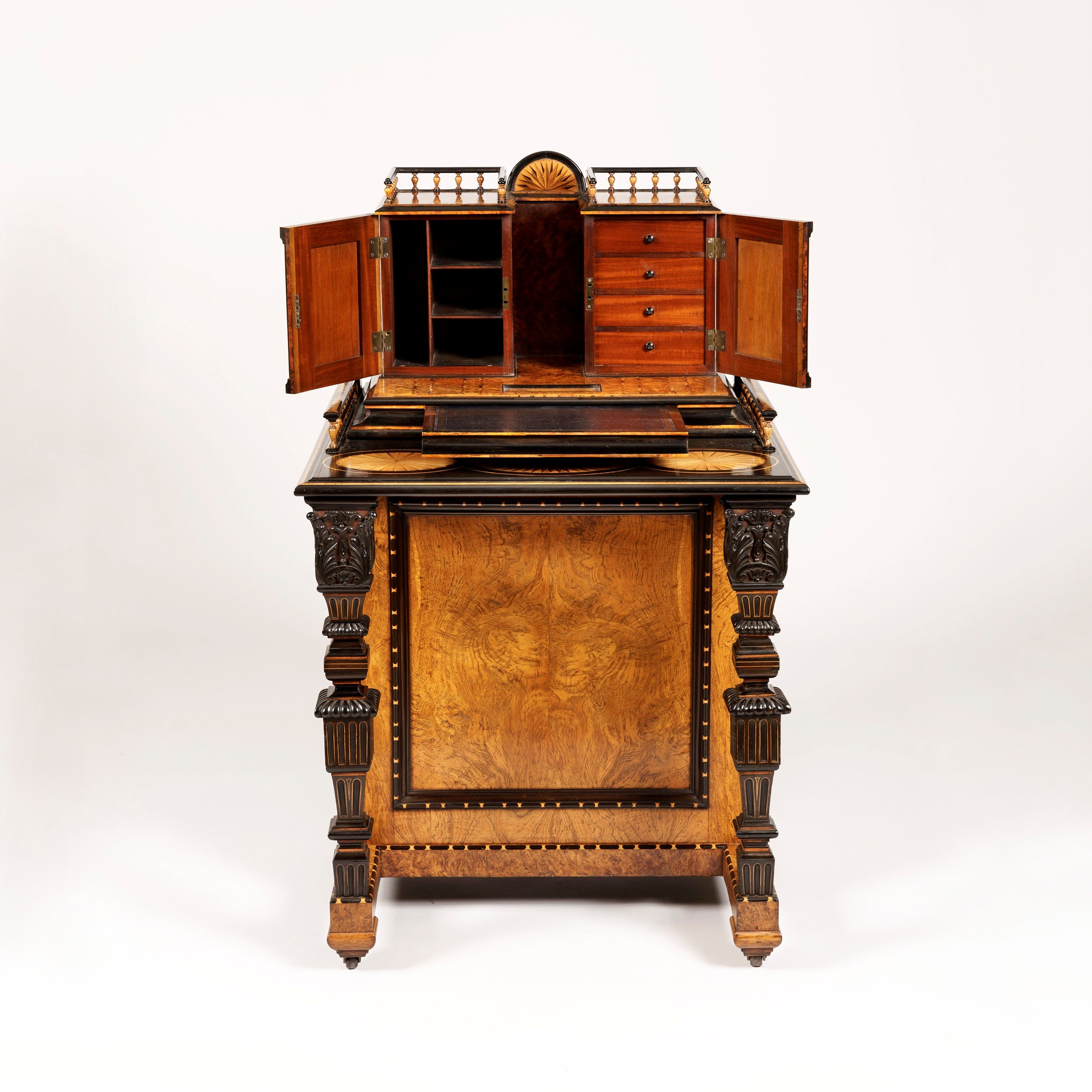 Figure 5. A Davenport of Rare Form, circa 1870. Butchoff Antiques, London.