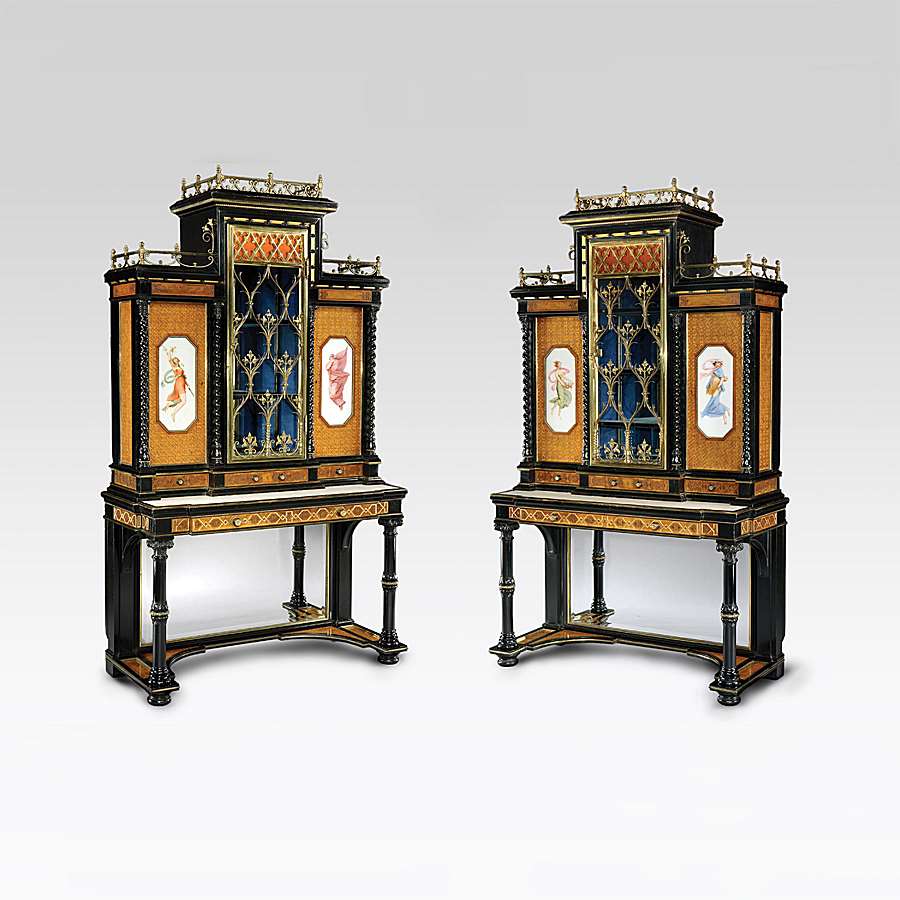 Of gentle breakfronted outline, rising from oblate spherical feet, the baseboards of concave form, with the backs having rectangular mirrored plates housed in a gilt framework within pilasters; the fronts show ring turned and lotus leaf carved, brass dressed columns with composite capitols; the friezes housing lockable drawers, with inlay of interlaced geometric form, and surmounted by marble platforms.

The superstructures have ranges of three drawers, and over, glazed central sections, dressed with brass grillwork of interlaced lentil form, with decorative foliates, which enclose shelved interiors, and the lower flanking side cupboards have blind doors, set with four octagonal porcelain plaques depicting the Four Seasons, within brass running pearl borders, on inlaid grounds of conforming geometric inlay, and framed within four ebonized wrythen columns, with composite capitols. The upper sections are adorned with exuberant brass galleries, with scrolled insets, and capped by ball finials. Circa 1865

Specific features in the construction suggest an attribution to Gillows, as well as there being a precedent for pieces of porcelain and brass dressed furniture.