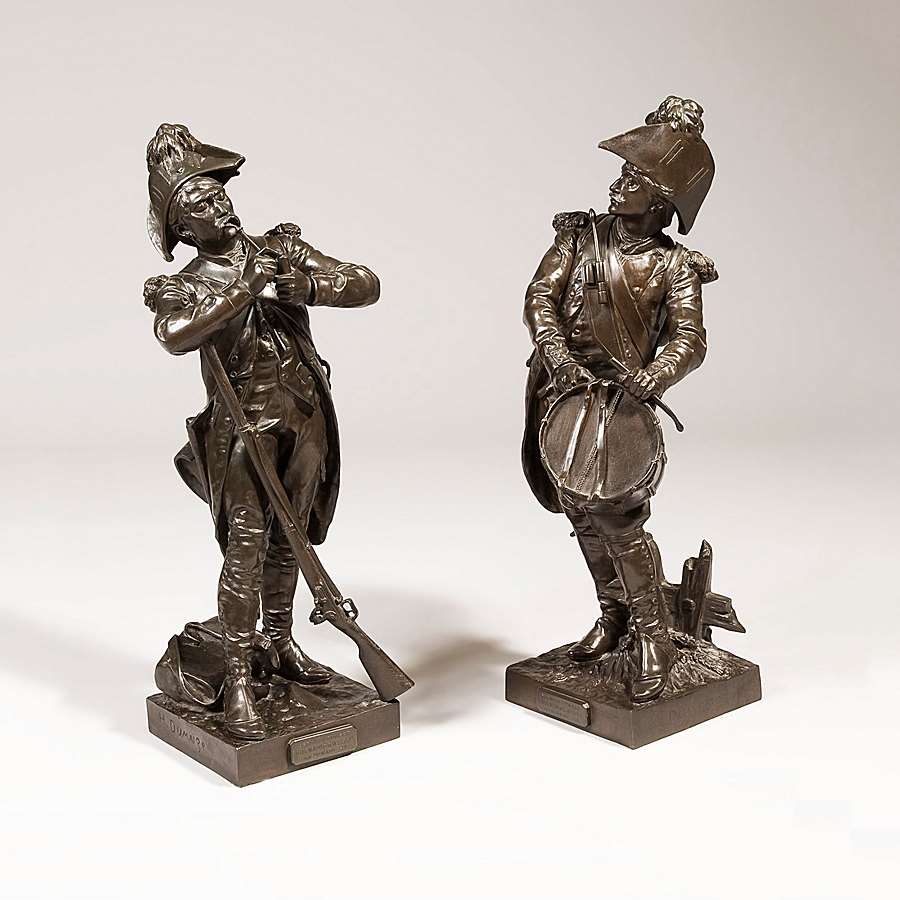 Representing two separate moments in the French Revolution, the uprising against Louis XV1th.,and the fall of the monarchy in 1792. One subject being a drummer, marked ‘Avant le combat 1791’, the other an infantryman, marked ‘Apres le combat 1792’, this figure smoking a pipe, relaxing on his musket. Signed by the artist.
French, Circa 1870.

Dumaige (1830-1888) Parisian born, showed at the Paris Salon between 1862 and 1877, and worked in plaster, marble and bronze. His works are exhibited in the Rouen, and also the Tours Museum