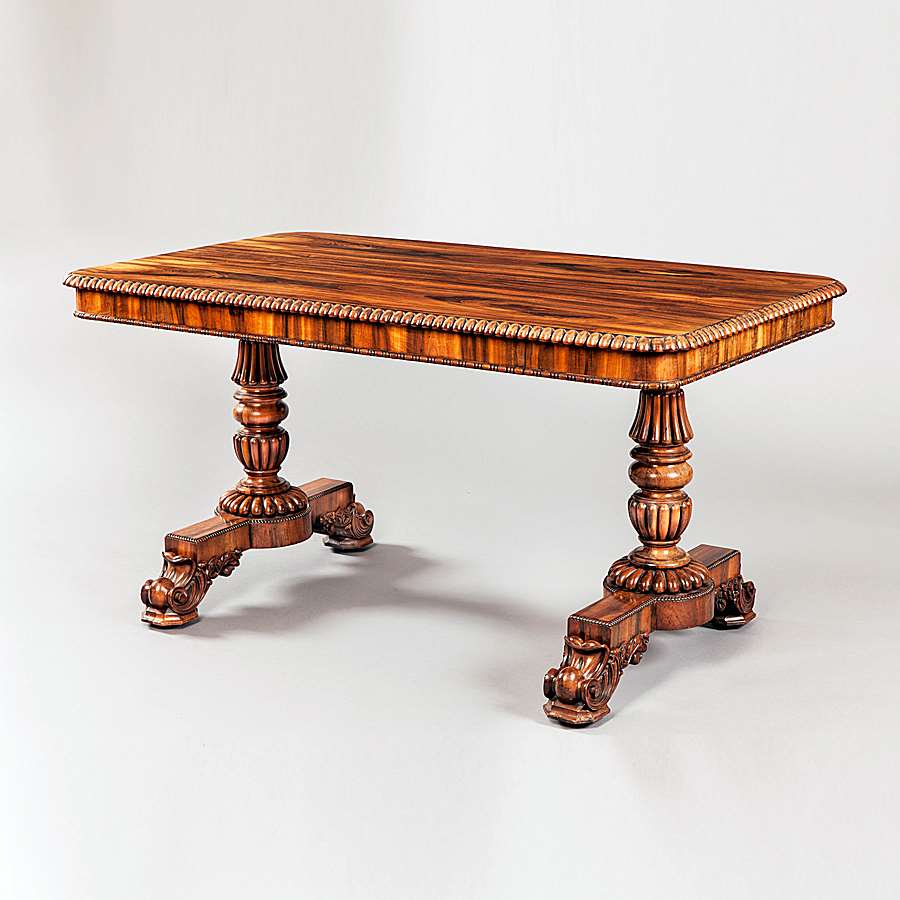 Constructed in goncalo alves, the tapered and fluted baluster ends supported by a block form base with a lobed platform and a running pearl edging, above scrolled feet of foliate design, with sunken brass castors; the top having radiused corners, with a lobed edge, and in the frieze, two mahogany lined drawers with quadrant mouldings, between a bead and reel moulding. Stamped to the top of one drawer, ‘Gillows Lancaster’. This design for a table appears on many occasions between 1822 and 1830 in the Gillows Sketchbooks, held in the City of Westminster archives.