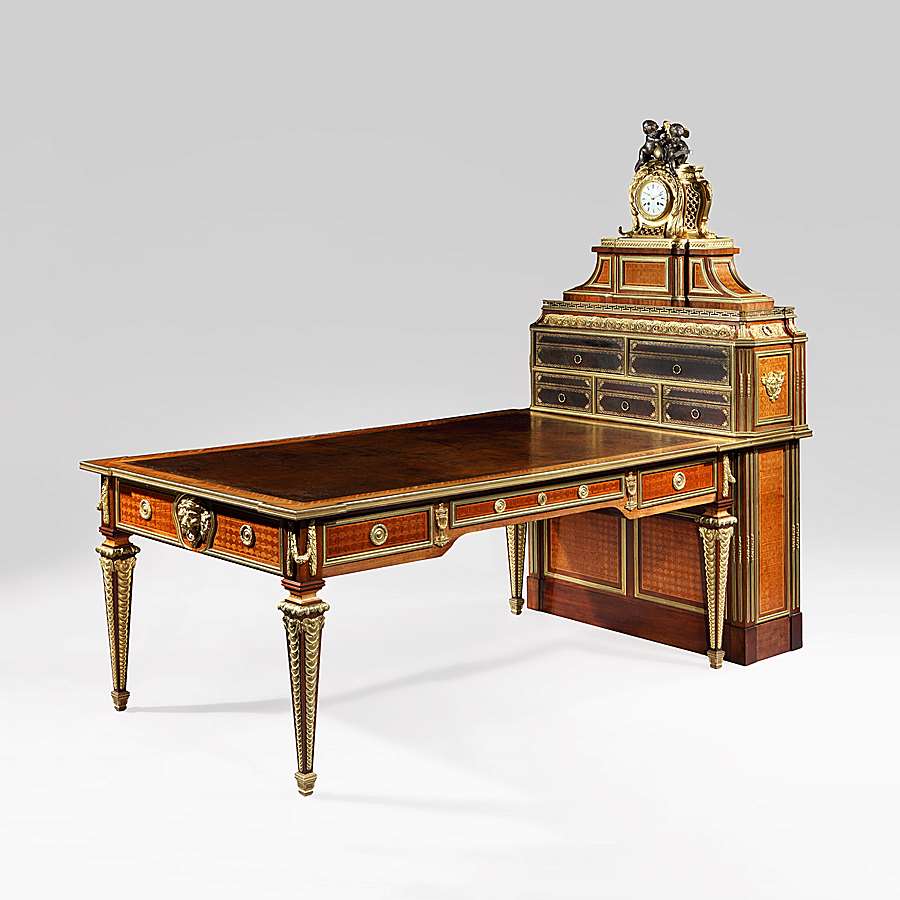 Constructed in kingwood and having extensive parquetry inlay, with well cast and extensive fire gilt bronze enhancements. The writing section of oblong form with re-entrant corners, housing three frieze drawers and with a tooled leather top; the shouldered tapering legs dressed with imbricated bronze mounts: lions masks at the ends: the frame having a guard bronze rail: the cartonnier section housing five leather faced boxes, each side fitted with a small drawer, and a shelved cupoboard, the whole dressed with guilloche bronze mounts; the swept superstructure is surmounted by a gilt bronze clock case, flanked by spandrels, having two patinated bronze putti over, emblematic of the arts. The circular white enamel dial with the hours delineated in Roman numerals, the clock movement of eight day duration, and striking the hours on a bell. A frieze drawer having an engraved brass plaque, reading ‘Ameublements de Style / Meubles, Sieges, Tentures / Au Gros Chêne / 12 Rue Drouot, Paris

The well regarded furnishers ‘Au Gros Chêne’ were situated in 12 Rue Drouot, and today, the site is occupied by the Hôtel Drouot, the exhibition centre of the majority of French art auction houses.