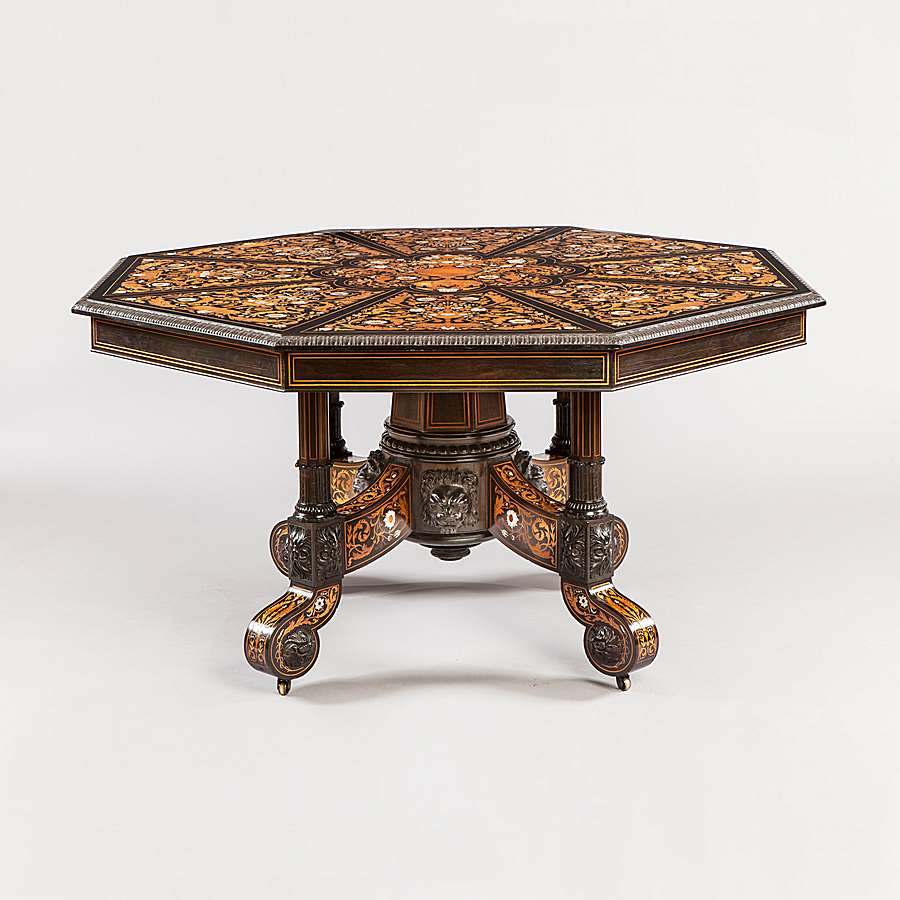 This centre table is an important example of the detailed naturalistic marquetry work executed by the Florentine brothers Luigi (1794-1861) and Angiolo Falcini (fl. 1836-69) in the second quarter of the nineteenth century. Renowned for their elegant designs, and superbly executed inlay work, which they displayed to great acclaim at the 1851 Crystal Palace Exhibition.