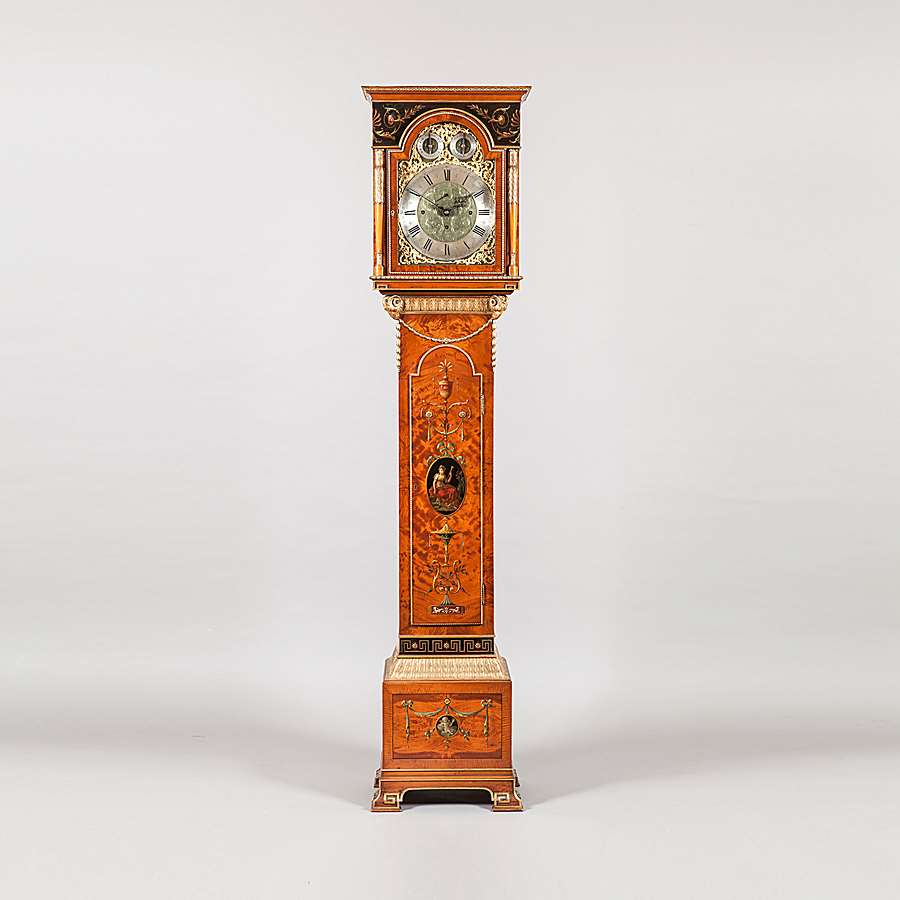 A Long Case Clock by Maple & Company of London in the Adam Manner Constructed in a polychrome decorated satinwood, with extensive giltwood highlights; rising from swept bracket feet, the shaped inspection door having a central roundel of Britannia amid foliates; the shoulders dressed with addorsed rams heads; the glazed hood enclosing an eight day, three train movement with a brass faced arched dial, and secondary smaller dials displaying Complin (sic) / Westminster chimes, Strike / Silent; the silvered chapter ring having the hours delineated in Roman numerals, the seconds in Arabic numerals, and signed by the maker, ‘Maples, London’. Circa 1890