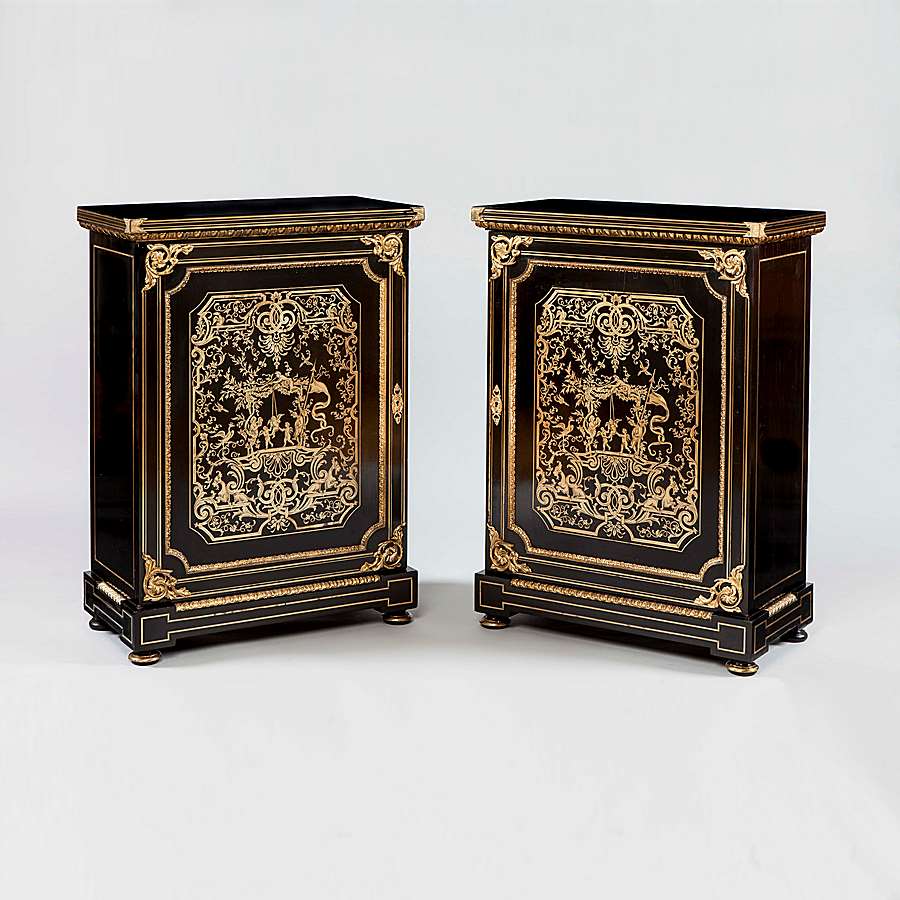 Constructed in bois noirci, being dressed with bronze mounts, having complex inlaid brass decoration in the later neo-renaissance manner, of arabesques enclosing a scene depicting Cupid in a swing, with anthromorphic animal attendants, in a sylvan setting, after a design by Jean Berain; rising from plinth bases, the panelled doors fitted with locks, and enclosing shelved interiors’.
French, Circa 1870

Andre-Charles Boulle (1642-1732) was received as a Maître Ébéniste in 1666, quickly becoming known as ‘the most skilful artisan in Paris’, and was appointed ‘Ébéniste du Roi’ in 1672, when he became a resident of the Louvre Palace, and was granted the especial privilege of being permitted to work in both bronze and wood. Although not the inventor of the method of inlaying the combination of ebony, tortoiseshell and brass, his creative ability in the medium became at once associated with the patrynomic, ‘Boulle’ and many of his masterpieces, which are represented in many museums and prestigious Royal collections throughout the world.