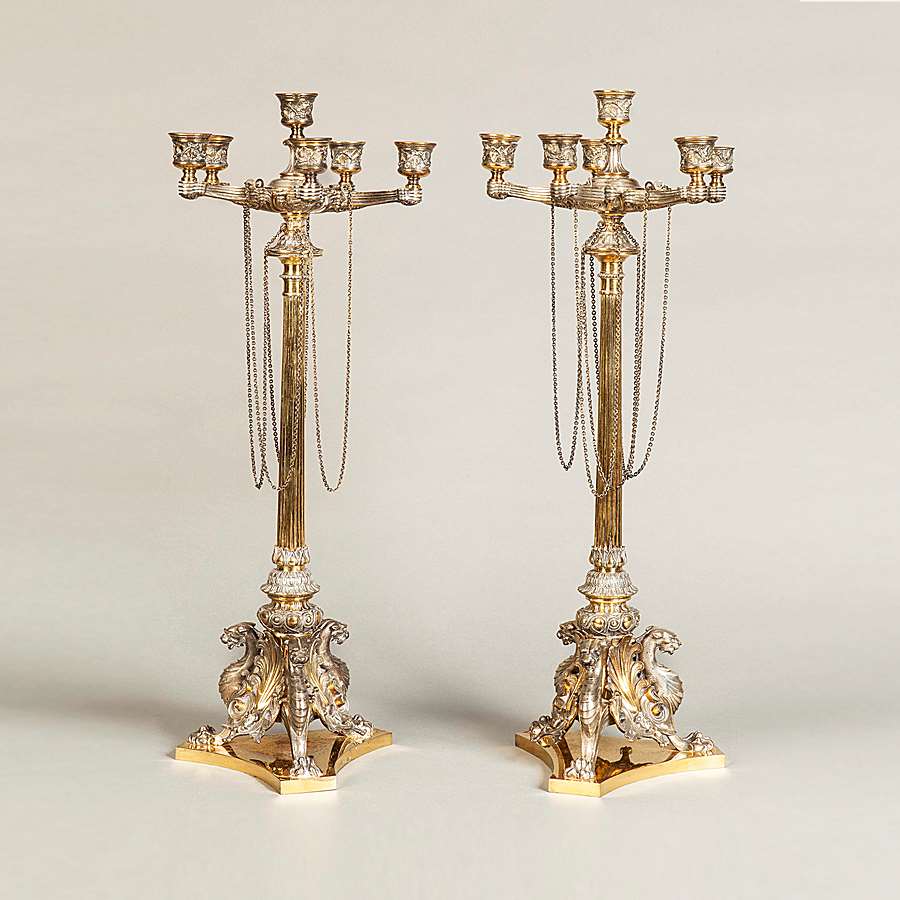 Each with 6 curved candle branches, the reeded column raised on a foliate shell and griffin tripartite base and decorated with hanging chains.
Circa 1850