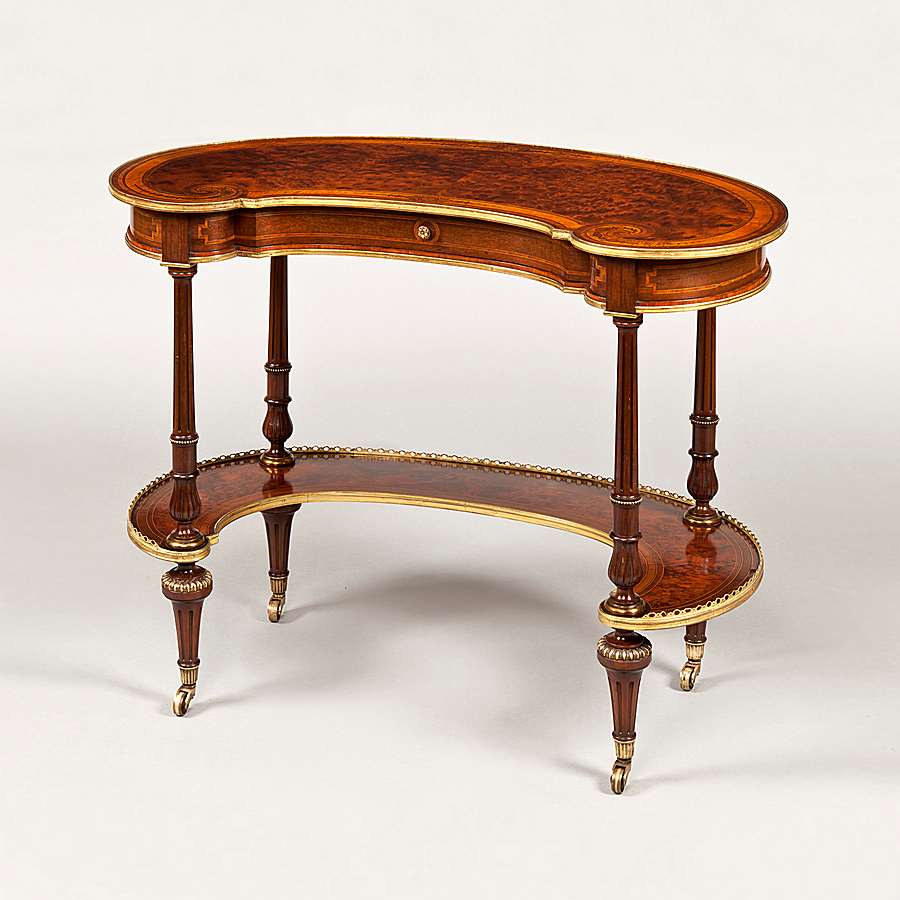 The top inlaid with a border of strapwork, husks and paterae within multiple bands of maple, thuya and pupleheart outlined with stringing, the frieze inlaid with narrow bandings and containing a single drawer, the fluted turned supports with leaf-carved baluster sections joined by a banded undertier, on fluted turned feet with gadrooned mounts and brass castors.
Circa 1870