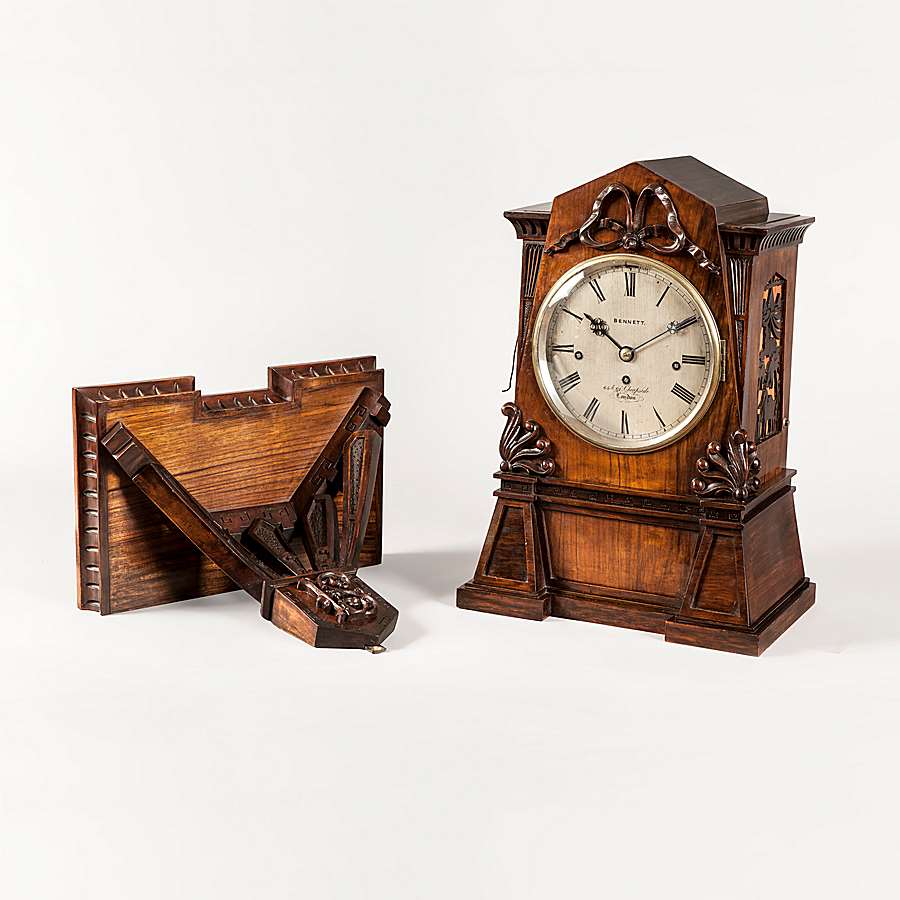 The walnut case, of architectural form, is supported on the original bracket, being carved with ribbands, anthemions, and pylons in the Egyptian manner, surmounted by a triangulated pediment; the sides have the sound vents dressed with a fretwork sphinx, and a camel; the movement is driven by a complex triple chain fusee with a deadbeat escapement, and the hours struck on a single bell, the quarter hours being struck on 8 bells; the 8 inch silvered dial is signed by the maker, with the address of 65 & 64 Cheapside, dating the clock to 1857-1863, and has the hours marked in Roman numerals, indicated by elaborate blued steel hands.

John Bennett (1814-1897) was a third generation clockmaker; holder of Royal Warrants between 1847-1895; elevated to the peerage in 1872; Knight of the Royal Legion of Honour; Fellow of the Royal Astronomical Society; Freeman of the City of London; the British Museum possesses one of his minute repeaters, and a bracket clock was purchased by Charles Dickens, which may be seen at the Charles Dickens Museum in Doughty Street, Camden, London.