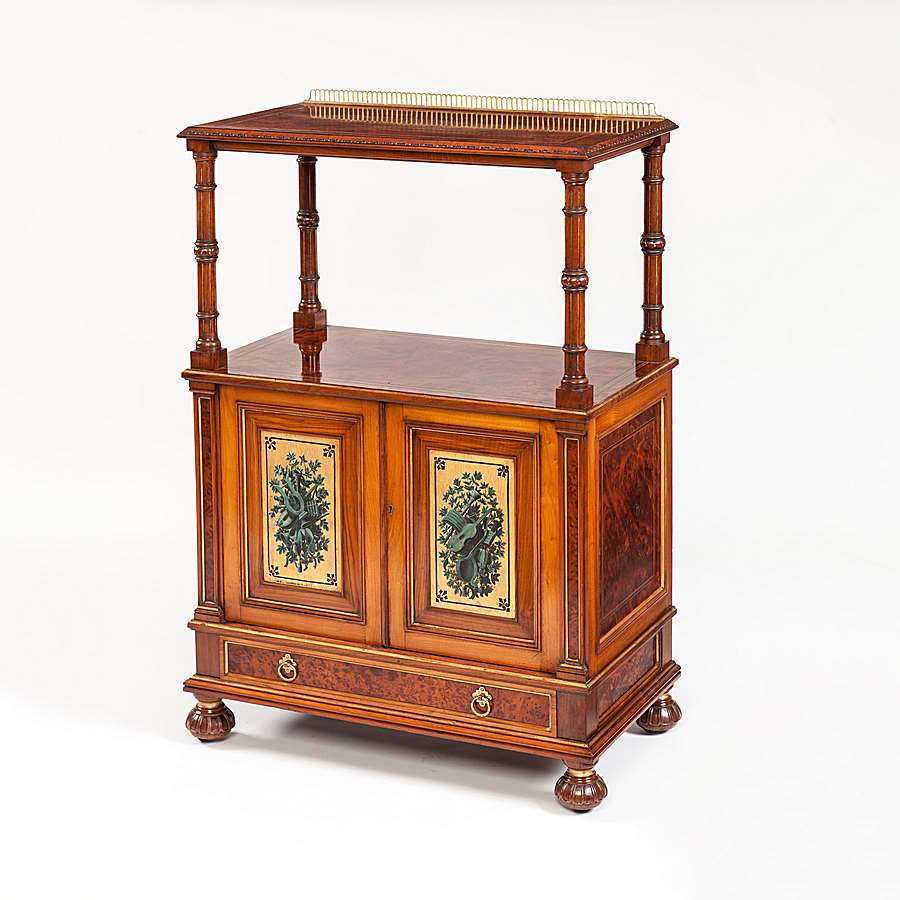 A Cabinet Stamped by Gillows of Lancaster Gillow

A Cabinet stamped by Gillows of LancasterConstructed in thuyawood and walnut, rising from lobed and castored feet: over, a single long drawer, stamped with the maker's mark 'Gillows Lancaster L1476' with brass pulls and above, a cross banded cupboard with panelled double doors decorated with musical trophies in bleu camaïeu opening to reveal a shelved interior; ring turned columns support the crossbanded platform, dressed with an arcaded brass gallery, and having an intaglio carved top edge.
Circa 1873

Affixed to the cupboard interior is a letter from Waring and Gillows, the successor to Gillows, dated 1950, advising that the Gillows records advise the cabinet was made in 1873 for William Crossley, purchased for £19. 10.