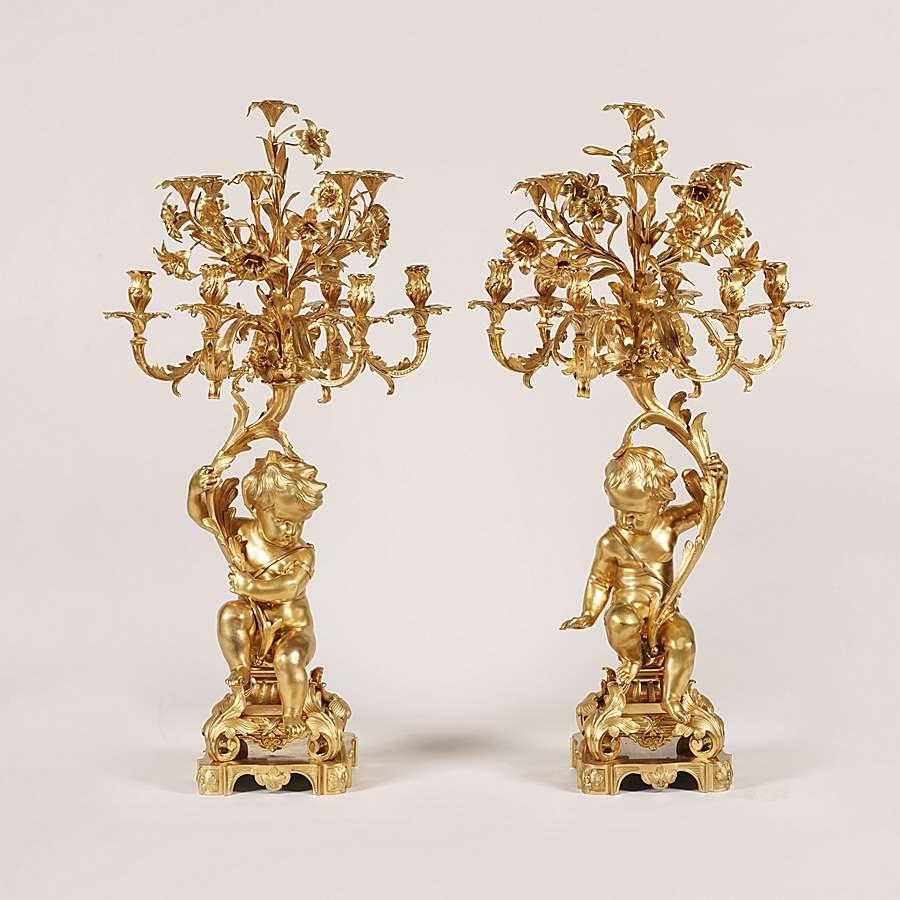 Constructed in a finely cast, chased and planished bronze ormolu; the serpentine form square bracket footed bases, dressed with paterae to the angles support scroll adorned reeded plinths, with monumental putti atop, each of which hold six candelabra, with scrolled and foliate dressed arms, interspersed with sprays of lilies. Signed to the base 'Raingo Freres'.
French, Circa 1870

The Raingo business was founded in 1813 by Zacharie Raingo, and around 1830, and were first recognized as fine clockmakers, selling an astronomical clock to George IV of England in 1824, and supplier to the King of France Charles X and the Duc d'Orleans; Zacharie's four sons joined the business, which expanded into statuary, and furniture mounts and clock cases. Exhibitors, Gold and silver winner medals at various International Exhibitions including the London Great Exhibition of 1862. In the second half of the 19th Century they were fondeurs for a number of prominent sculptors, including Albert-Ernest Carrier-Belleuse and collaborated with François Linke.