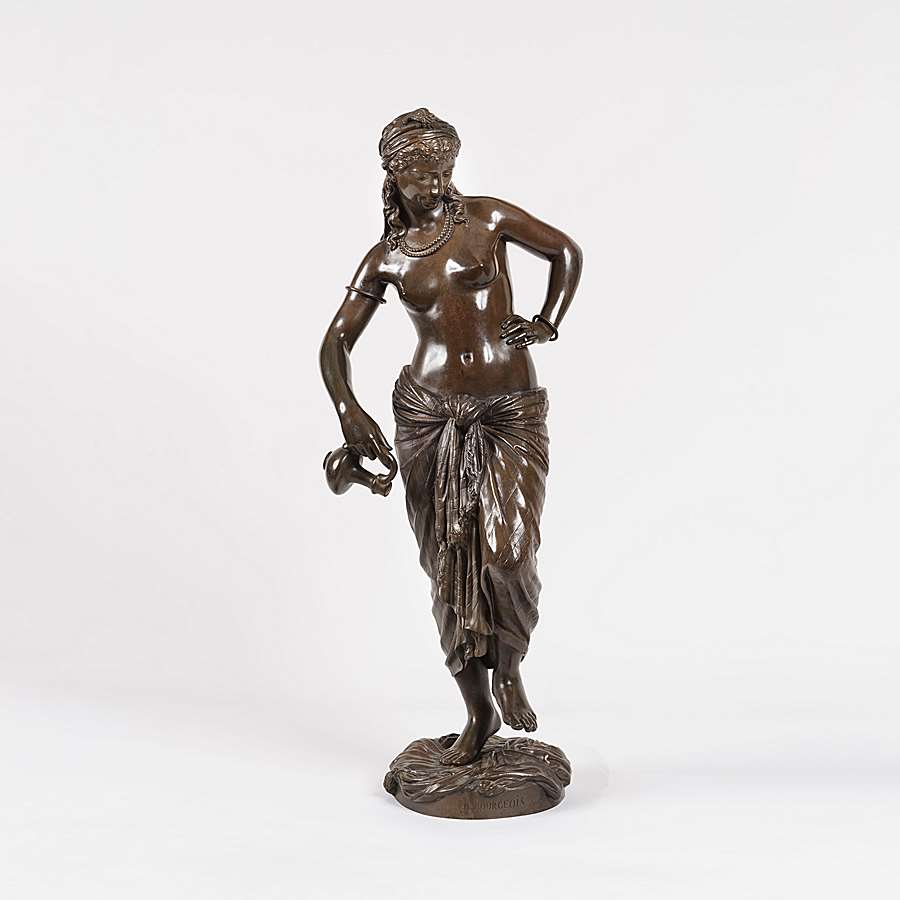 Cast bronze, now well patinated, rising from a circular base, cast with drapery, portraying an erect young female wearing a loose skirt, and is inscribed with the artist's name, and that of the fondeur, L. Marchand.
French, Circa 1860

Born in Dijon in 1838, Baron Charles Arthur Bourgeois (1838-1886) entered the École des Beaux Arts in 1857 where he was a student of Duret and Guillaume. He was awarded the Prix de Rome in 1863, was a member of the Societe des Artistes Français, and exhibited at the Universelle Exposition of 1878.

His most celebrated works are his carefully observed exotic characters. Of these Le Charmeur de Serpent, exhibited at the Salon in 1864, is arguably his best known. This bronze was paired with his Le Chasseur de Crocodile (exhibited at the Salon in 1883) and stands in the Jardin des Plantes, Paris. Another bronze version of the Charmeur was commissioned by the French Royal household. Examples of his work may also be seen in the Louvre.

As a baron, Bourgeois is one of a small group of titled artist-sculptors of the era including Baron Marochetti and the Comte d'Orsay.