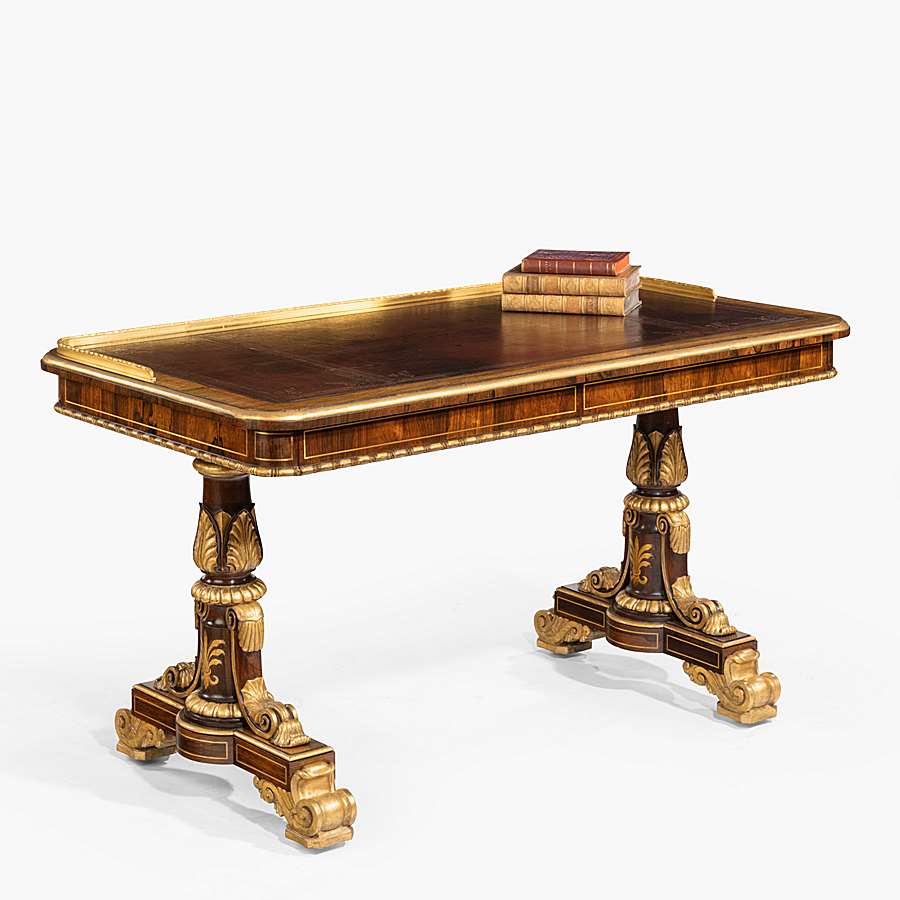 The Duke and Duchess of Northumberland, Alnwick Castle; a historical drawing of the Castle interior  shows the table in situ in the Duchess’s Sitting Room.

The Dukedom was created in the mid-16th century, with the main family residence at Alnwick Castle, Northumberland; when their London residence, Northumberland House in the Strand was demolished, the London family seat moved to Syon House in Isleworth, which was refurbished by Robert Adam in the late 18th century; the Northumberland family live there today, and the fine interiors are open to the public. In 1820, Morel & Hughes (qv) were employed to refurbish Northumberland House, and Beard & Gilbert state in ‘The Dictionary of British Furniture Makers 1660-1840’ it was their most important commission. The works cost some £14,111, equivalent to £15.7 million today. Their commission is commented on by Rudolf Ackermann, in ‘The Repository of Arts’, the arbiter of bon ton taste, in March 1825.

Presumed to be of French origin, Nicholas Morel was patronised by The Prince of Wales, later George IV, and worked for him on Carlton House and the Brighton Pavilion; joined sometime around 1803 by Robert Hughes, this partnership continued until c.1826, after which the company continued as Morel & Seddon, and a deal of further work was carried out for Windsor Castle (qv, ‘For the King’s Pleasure’, by Hugh Roberts, an exegesis of the extensive furnishings); further noble commissions include work for the Duke of Buccleuch, Lord Whitworth and the Marquess of Bath, inter alia.