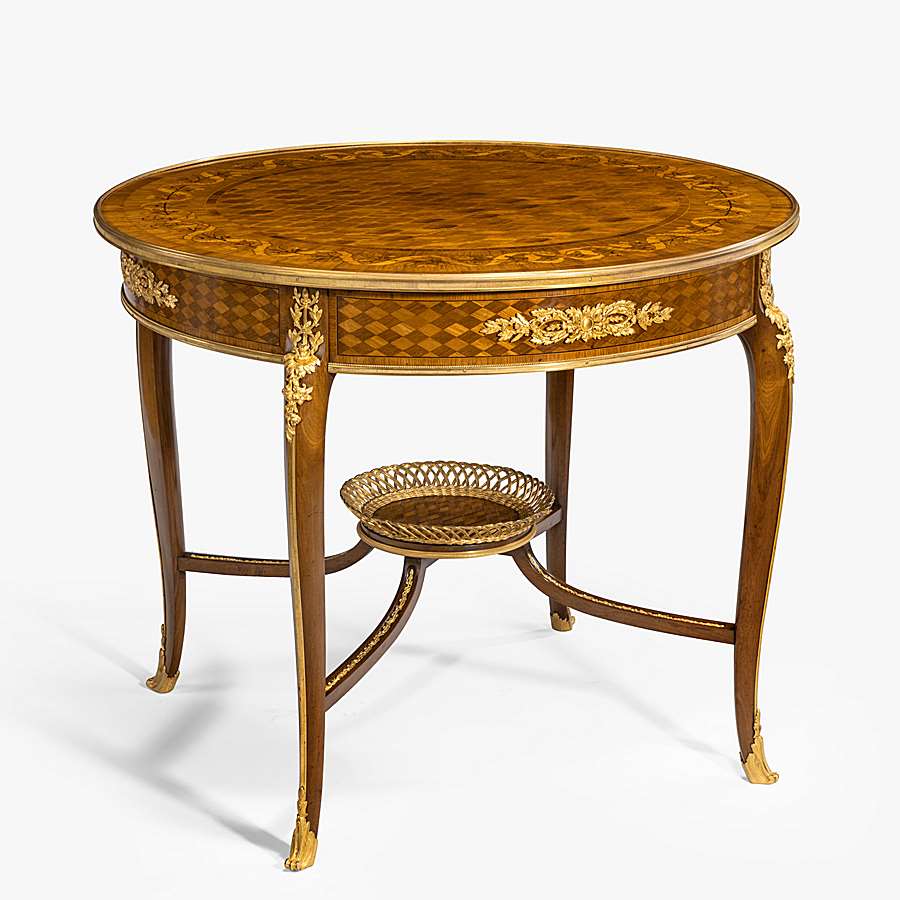 Constructed in Kingwood, Tulipwood and Mahogany, with foliate inlay work, parquetry and fine ormolu bronze mounts; of free-standing circular form, the ormolu sabot shodfeet, swept cabriole legs dressed with espagnolettes having an undertier set with a central pierced gilt basket; the platform mounted with an ormolu guard band, and the top having a running intertwined garland of flowers.

The form and decoration of this table closely follow signed Linke examples that have come to the art market.
French, circa 1890

François Linke is considered to be one of the finest ébénistes and bronziers of the 19th century at a time when the worldwide influence of French fashion was at its height.  He moved from Pankraz, Bohemia where he completed his apprenticeship under the strictest of training, to Paris in 1875, setting up shop in 1881 in the faubourg Saint Antoine and later with a showroom in the Place Vendôme. He attracted a wealthy international clientele, appreciative of the excellence of his work.