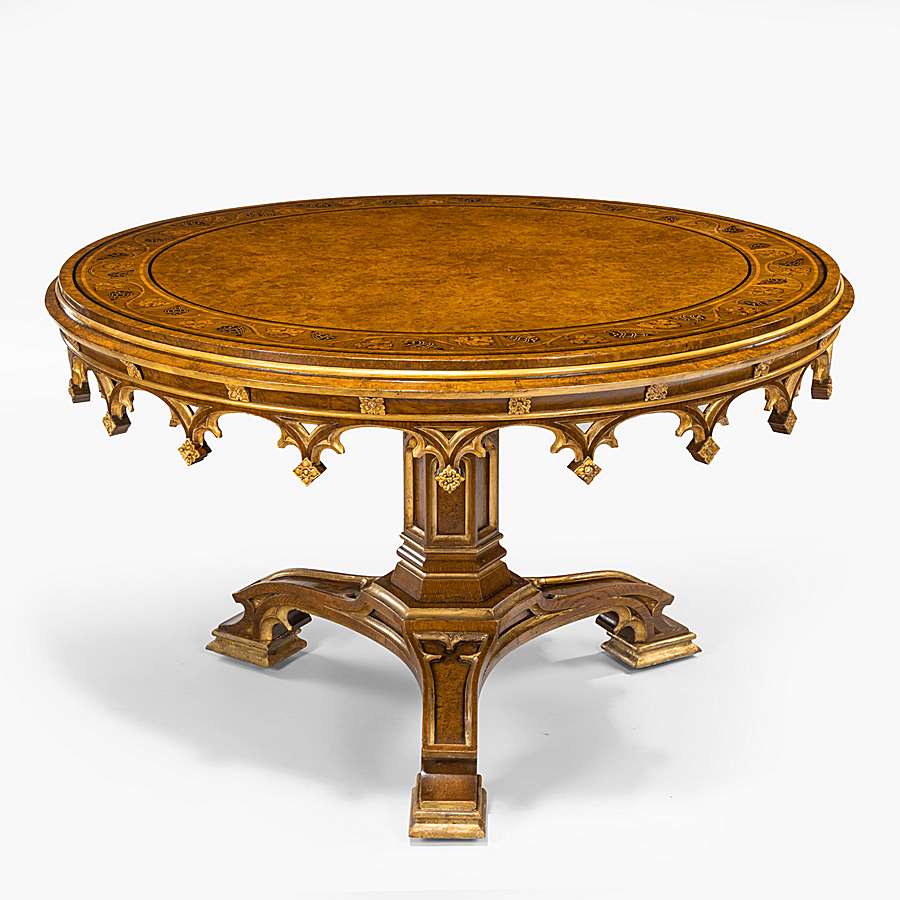 A Gothic Revival Table Made for Windsor Castle

Constructed employing the finest oak timbers and choice pollarded veneers, the round table rising from a triform base, its underside decorated with pointed parcel gilt cusps; the top with reticulated multifoil relief carving. The central hexagonal stem carved with recessed elongated trefoils supporting fanned ribs in imitation of a Gothic vaulted ceiling. The later frieze ornament, after the original, carved in the Gothic manner, its cusped mullions terminating in pointed floral paterae. The circular top of fine pollard oak and parcel gilt inset with a band of foliate marquetry and pen work, having a stringcourse with boss ornaments below. Delivered to Windsor Castle by Morel & Seddon, July 1828.
Circa 1828