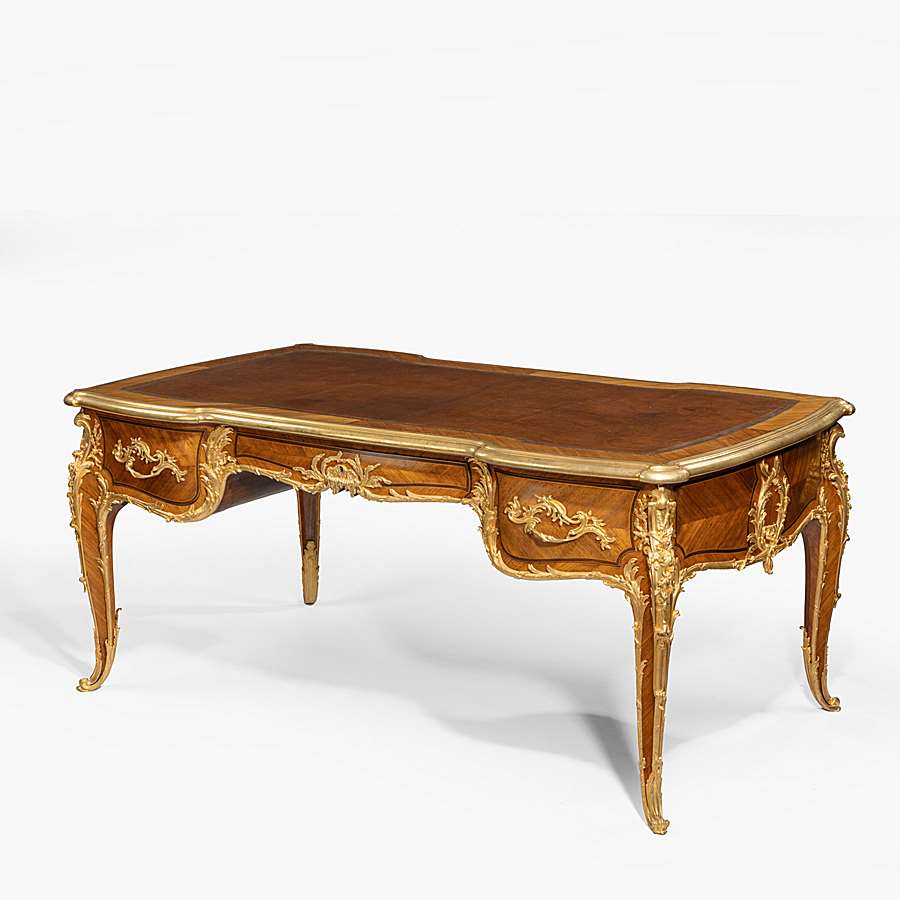 A Bureau Plat in the Louis XV Manner By François Linke

A Bureau Plat in the Louis XV Manner By François Linke,
Index no. 132

Of serpentine, kneehole form; constructed in kingwood, and dressed with very fine gilt bronze mounts designed by Léon Messagé; rising from cabriole legs dressed with bronze sabots, issuing foliate form mounts conjoining the 'C' scroll espagnolettes and the front and rear shaped framework; a central long drawer above the central kneehole, and two flanking deep drawers, all lockable with one containing a coffre fort, and dressed with gilt bronze handles; the platform having an outer gilt bronze guard rail, and an inset tooled leather writing surface. Signed by the maker on the lockplate "F. Linke Paris".
French, Circa 1890

This model of bureau plat is well-documented in the Linke archives as index 132. First appearing in 1890, this writing table has the characteristic three-dimensionality associated with Linke's furniture and incorporates elaborate gilt bronze mounts designed by his sculptor Léon Messagé. Preparatory drawings by Messagé for this bureau plat survive in the Linke archives and allude to its final sculptural form.