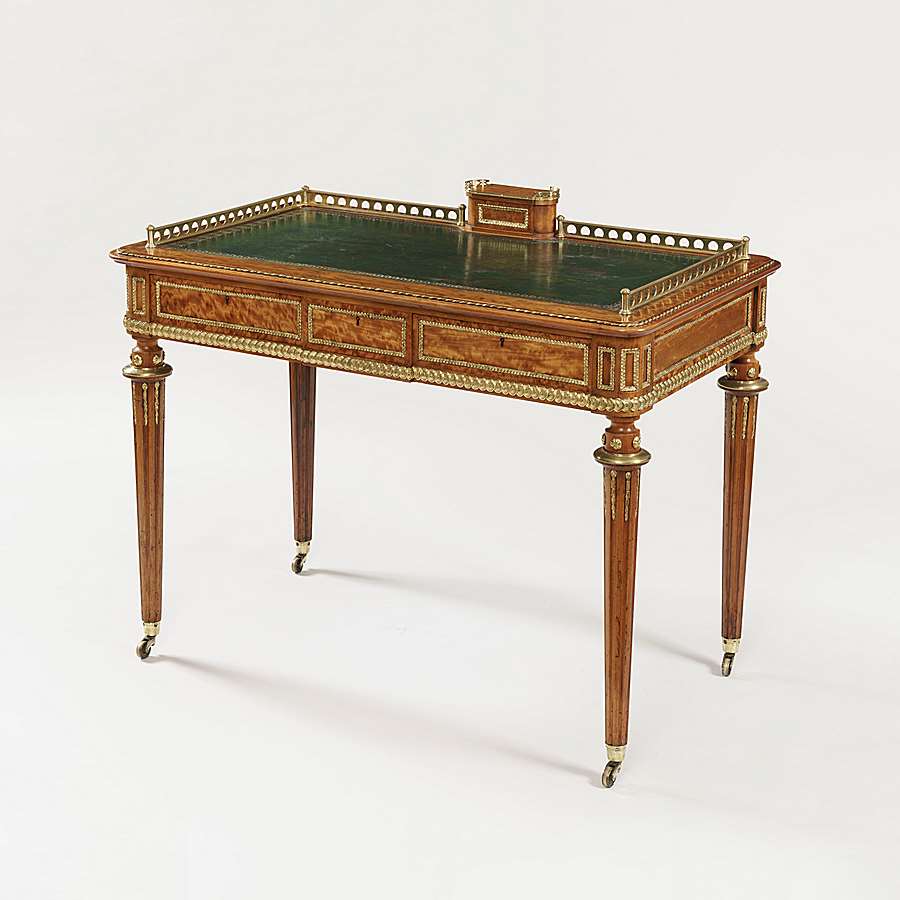 Constructed from finely figured satinwood dressed with ormolu mounts, rising from brass castors, the fluted legs having gilt bronze capitals and decoration, the desk having a fine original green leather writing surface surmounted by a rare perforated three-quarter gallery and an incorporated writing instrument compartment; below, the guilloche decorated apron with three lockable mahogany-lined drawers.
Circa 1865

The design for this desk is closely linked to the furniture supplied by Holland & Sons to Queen Victoria at Osborne House. The house was the Queen’s favourite residence, and Holland & Sons went on to supply furniture to numerous other royal residences including Windsor Castle, Balmoral and Marlborough House.