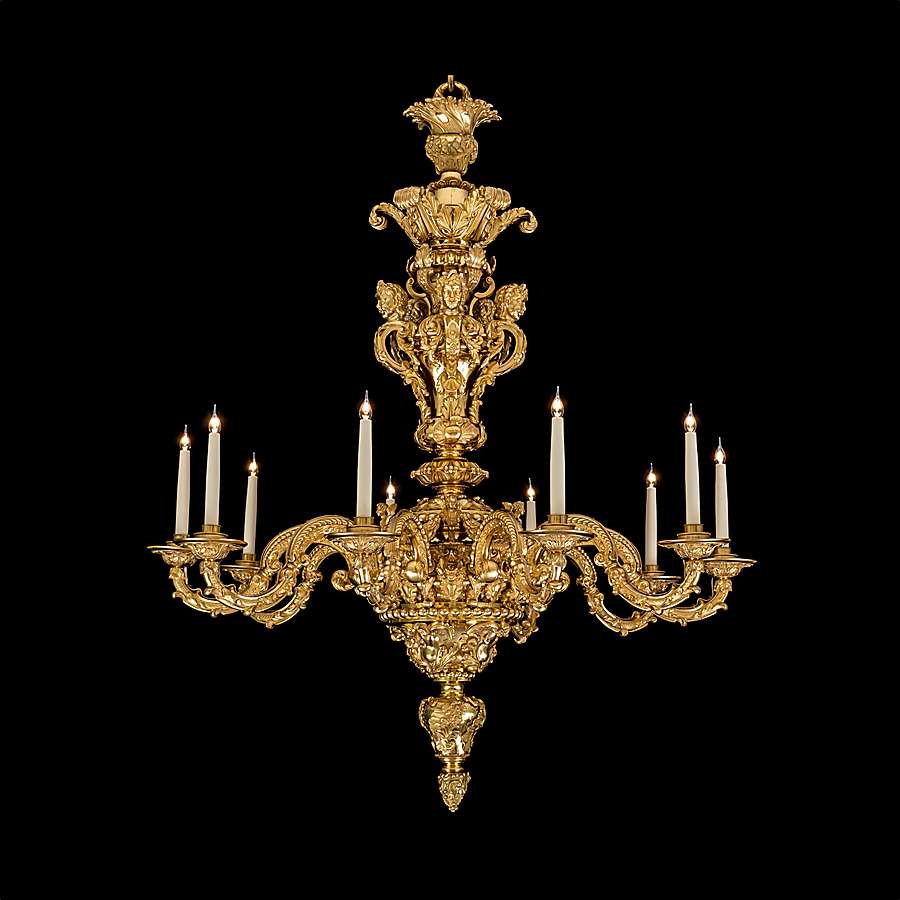 An English Gilt Bronze Chandelier In the Régence Manner

The 10-light chandelier of gilt bronze constructed around a central baluster and vasiform stem incorporating a bowl with tapering finial, the whole extensively decorated in foliate and acanthus leaf decoration; the 10 s-curved arms issuing from the stem beneath winged herms and terminating in stiff-leaf drip pans. The upper section in baluster form bearing addorsed bacchic herms in a cage-like configuration beneath a Prince of Wales feather crest.
Fully electrified.

Considered one of the most important firms specializing in chandeliers, candelabras, torchères and lighting of the late 18th- and early 19th- centuries, the London-based firm of Hancock & Rixon counted King George IV among their clientele, to whom they supplied a suite of four extraordinary gilt chandeliers to Windsor Castle as well as various other items to St. James Palace. Interestingly, they also manufactured the world's largest English chandelier, having 644 lights and weighing four and a half tons. The chandelier, hanging in the Throne Room of the Dolmabahçe Palace, was a gift from Queen Victoria.

The firm became the preferred supplier of England's social elite and fitted the most elegant and distinguished households across the country, including a fine chandelier in the Elizabeth Saloon at Belvoir Castle for the Duke of Rutland which bears distinct similarities to the present chandelier with Butchoff Antiques.