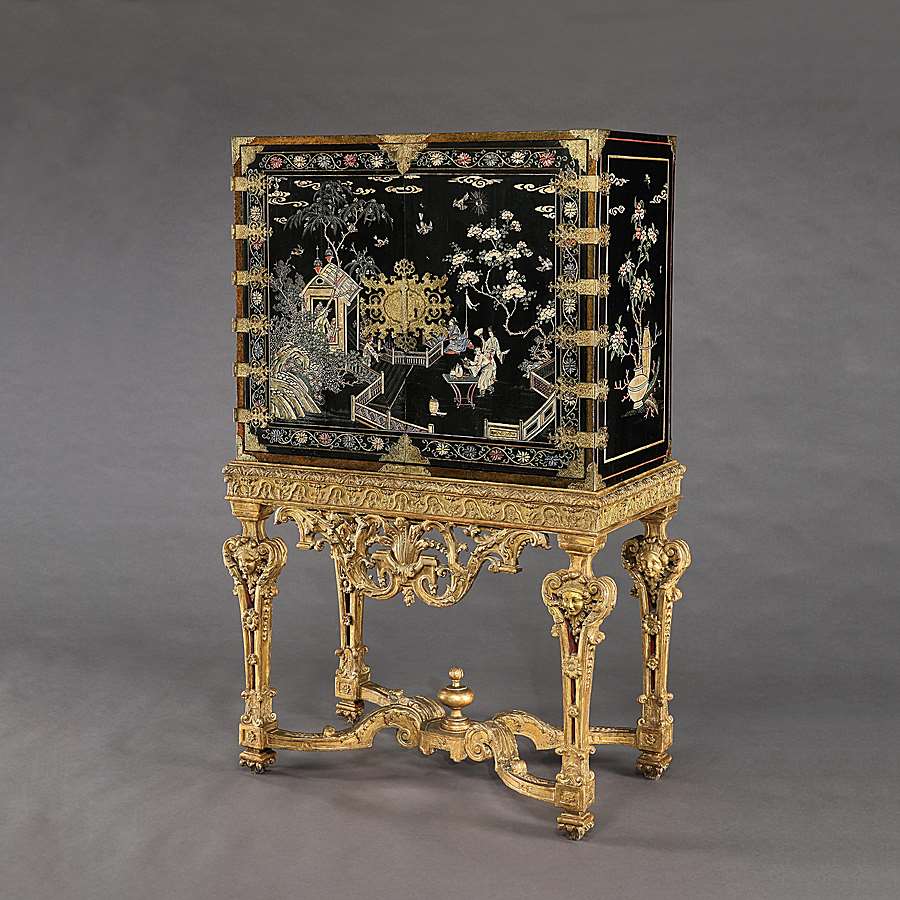 The cabinet doors decorated in the traditional Chinese 'kuan cai' technique (incised polychrome) and depicting a courtly scene populated with courtiers and a king underneath an architectural canopy, within a floral border; the sides and inside panels decorated in a conforming technique representing floral and coral arrangements. The doors on pierced foliate brass hinges and opening up to reveal an interior of eleven drawers housed within 'nashiji'-borders; the drawer fronts depicting landscapes variously populated with figures.

The carved giltwood stand rising from gadrooned feet, having an x-shaped stretcher joining the tapering legs carved with flowers and female masks; the pierced frieze with scrolled decoration and a central shell motif. The stand is stylistically comparable to the output of the Pelletier family of carves, who settled in London at the end of the 17th century.

A cabinet of nearly identical decoration and drawer configuration was sold from Hackwood Park in 1998, as the property of The 2nd Viscount Camrose.