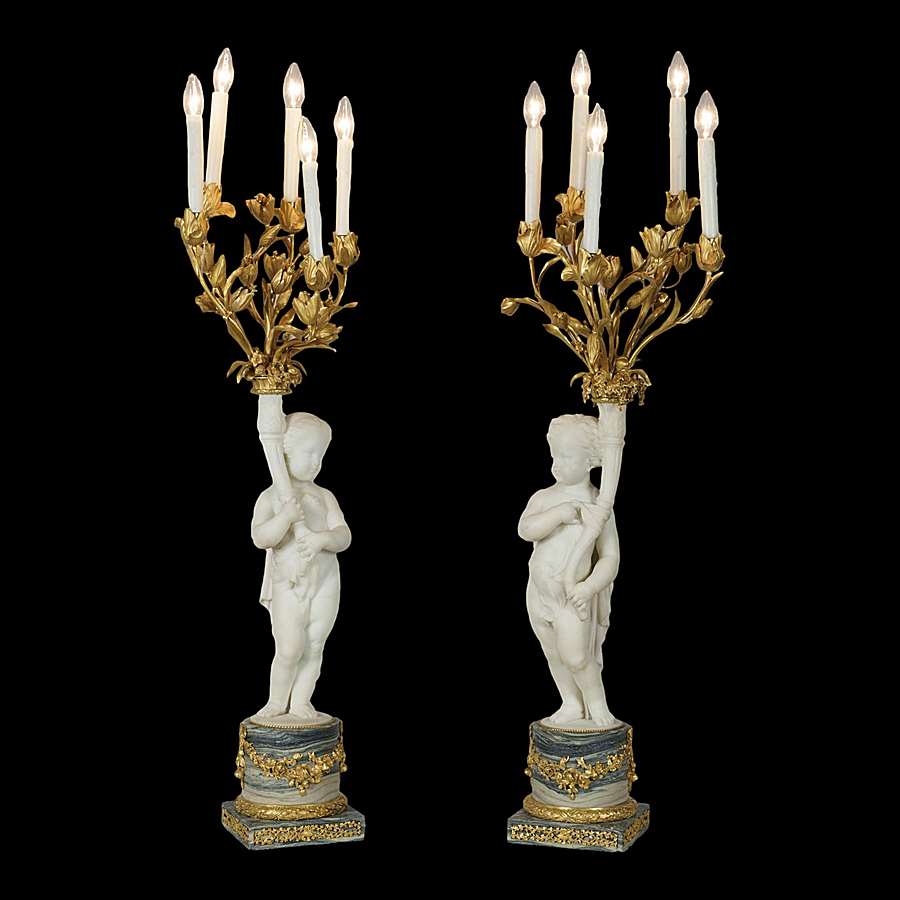 A Pair of Marble and Alabaster Candelabra By Henry Dasson

A Pair of Marble and Alabaster Figural Candelabra
By Henry Dasson

Dasson began his career as a bronze sculptor, and his work is renowned for the fine quality of the metalwork, utilising the designs of the ancien régime, and adapting them to conform to the needs of the times. He participated at the Expositions Universelle in 1878 receiving the laudatory critique of Louis Gonse, the Parisian arbiter of bon ton and quality,