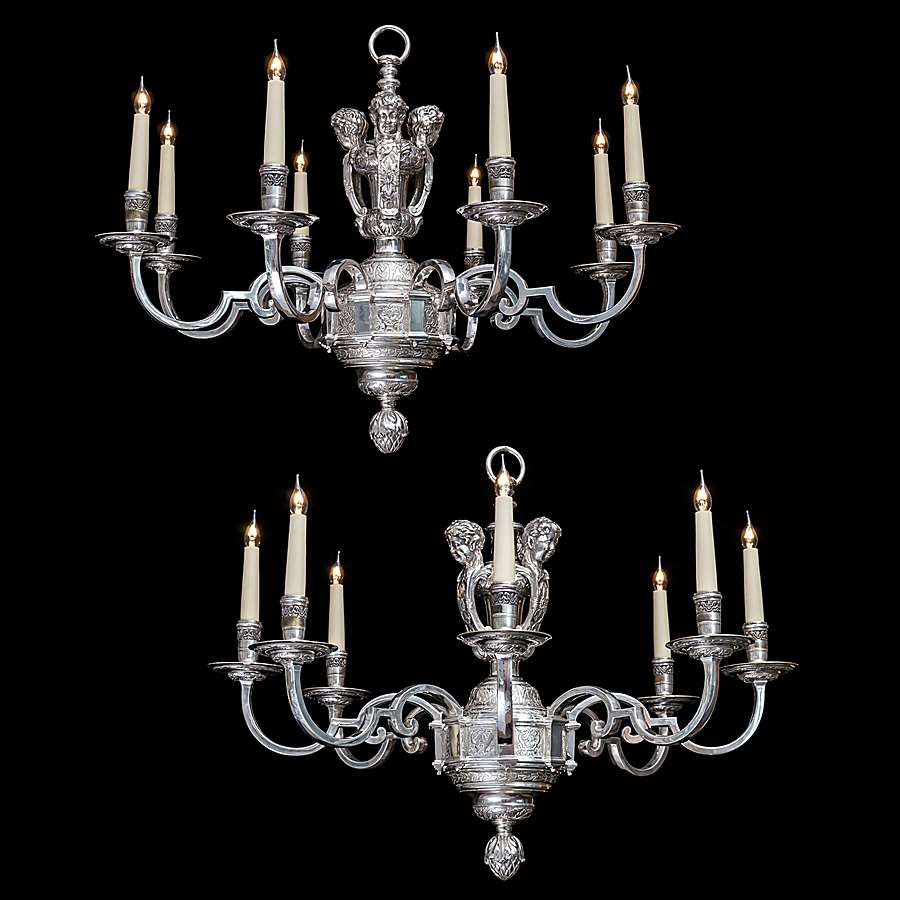 Designed in the Louis XIV manner pioneered by the renowned French maker André-Charles Boulle, these brass chandeliers are entirely silvered, built-up around a slender stem and bowl construction with a pendant finial, the whole decorated in foliate reliefs and issuing 8 scrolling arms terminating in bobèches and electrified candles, the upper section of baluster form with distinctive putti herms.
Circa 1895

André-Charles Boulle was received as a Maître Ébéniste in 1666, quickly becoming known as  ‘the most skilful artisan in Paris’, and was appointed ‘Ébéniste du Roi’ in 1672, when he became a resident of the Louvre Palace, and was granted the especial privilege of being permitted to work in both bronze and wood. Although not the inventor of the method of inlaying the combination of ebony, tortoiseshell and brass, his ability and creativity in the medium became at once associated with the patronymic --‘Boulle.’ Many of his masterpieces  are represented in national museums and prestigious Royal collections throughout the world.