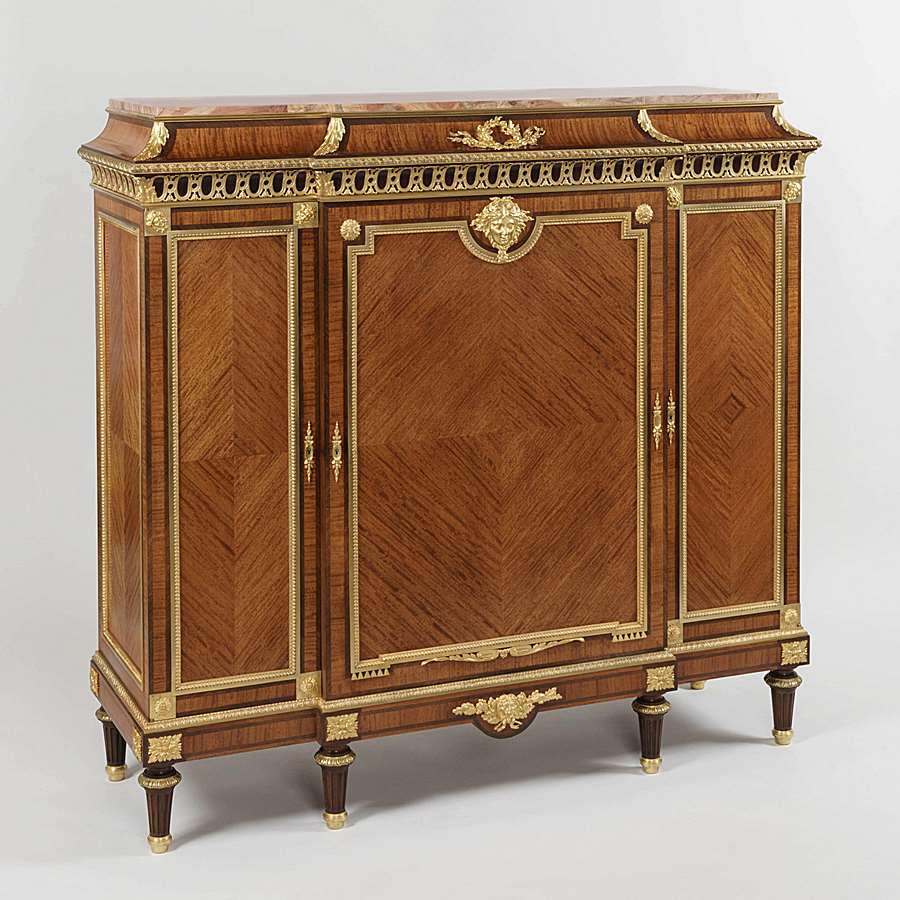 Constructed from satiné quarter-veneered bois citronnier, with rosewood crossbanding and ormolu mounts, the rectangular cabinet of slight breakfront proportions supported on tapering feet, the central lemonwood door dressed with a bronze mask of Apollo and a running guilloche frieze, the flanking doors and sides veneered in conforming manner; above, the pink marble platform supported on a moulded top applied with a laurel leaf. Signed "F. Linke."
France, circa 1900

François Linke (1855-1946) is considered to be one of the finest ébénistes and bronziers of the 19th century at a time when the worldwide influence of French fashion was at its height.