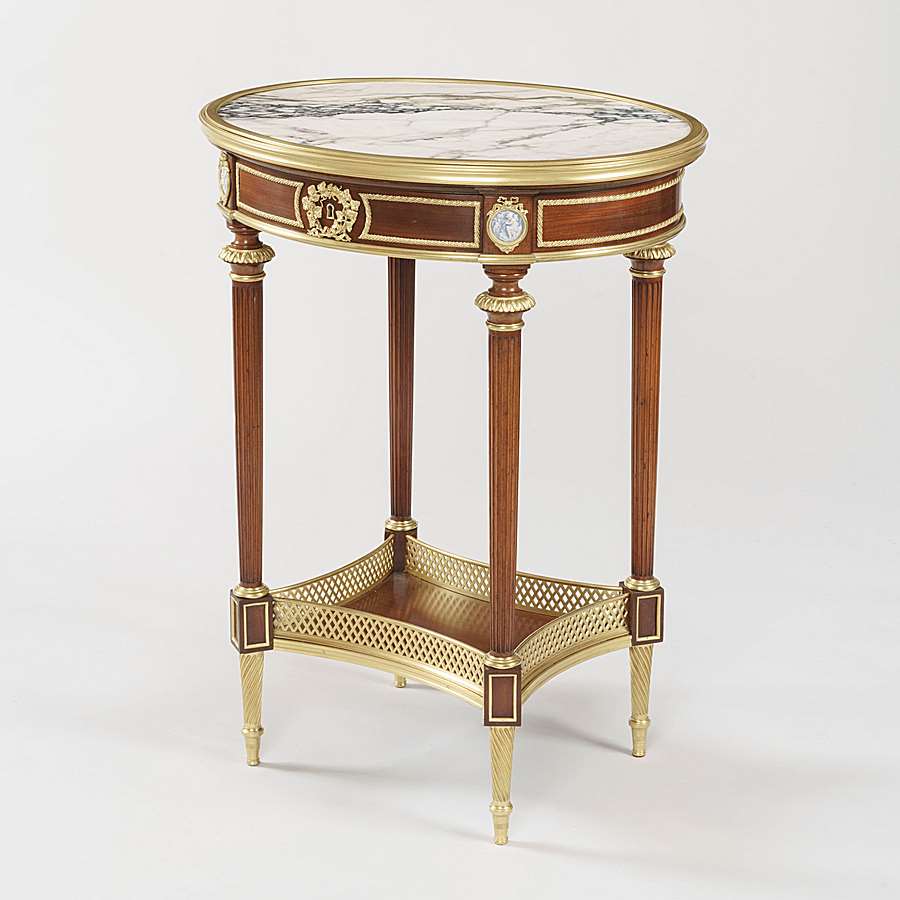 Constructed from Mahogany and ormolu-mounted throughout, the oval table supported on four bronze 'toursade' feet conjoined with an incurved and galleried undertier, the fluted legs supporting a Calacatta marble platform, the frieze below dressed with four Wedgewood jasperware plaques and housing a lockable drawer. Stamped by the maker "Henry Dasson."
French, circa 1885