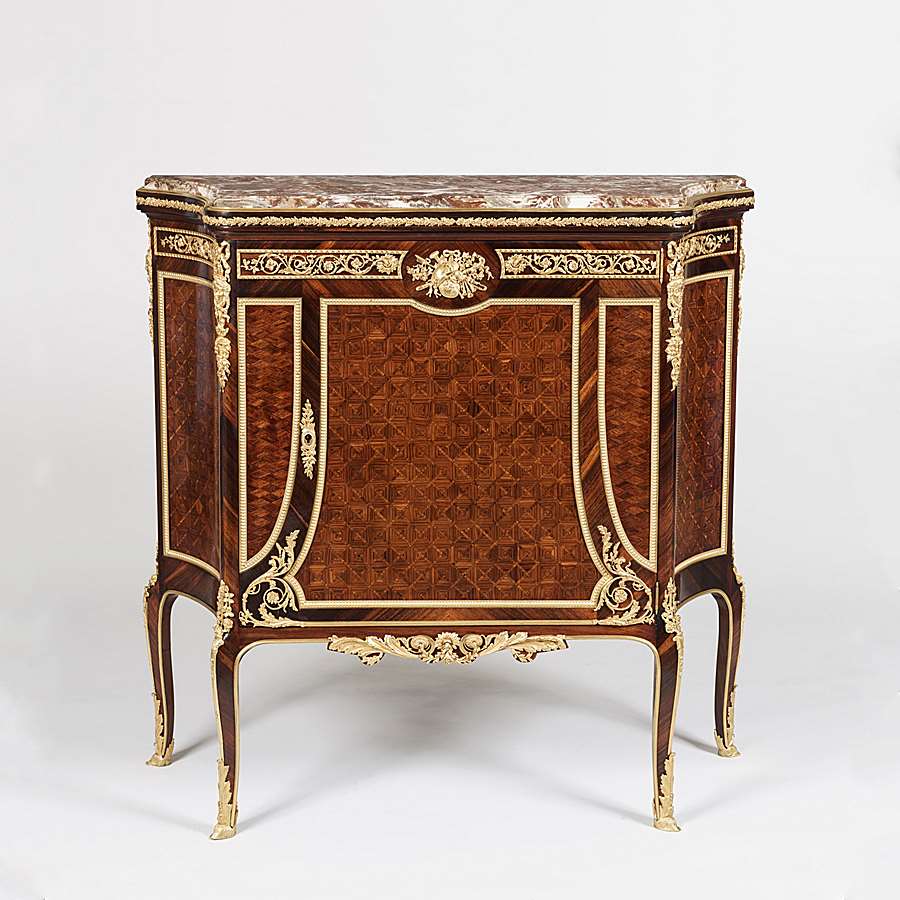 A Side Cabinet in the Transitional Manner
By François Linke

Constructed from kingwood and amaranth, the side cabinet of a design traditionally described as a meuble d'appui, extensively ormolu-mounted, of rectangular form with concave sides, rising from cabriole legs with acanthus leaf sabots and espagnolettes, the trapezoidal central panel exhibiting complex cubed parquetry work delineated within ormolu borders, the sides decorated in a conforming manner, with an inset Breccia marble top above the double-register ormolu frieze of scrolling foliage with a central trophy plaque. The lockplate stamped by the maker.
French, circa 1900

This commode is a fine example of Linke's smallest reinterpretation of the famous Riesener Fontainebleau commode. A watercolour for the side cabinet is in the Linke archives under the index number 1036.

François Linke is considered to be one of the finest ebenistes and bronziers of the 19th century.  He moved from Pankratz, Bohemia where he completed his apprenticeship under the strictest of training, to Paris in 1875-76, eventually setting up shop in the prestigious Place Vendome, and with his workshops in the faubourg Saint Antoine, he quickly attracted a wealthy clientele, appreciative of the excellence of his work. Specialising in the style of the ancien regime and modifying the proportions of the original works to suit the smaller Parisian apartments, he was an exhibitor at all the major expositions of the early twentieth century, making his debut at the Paris Exposition Universelle of 1900.