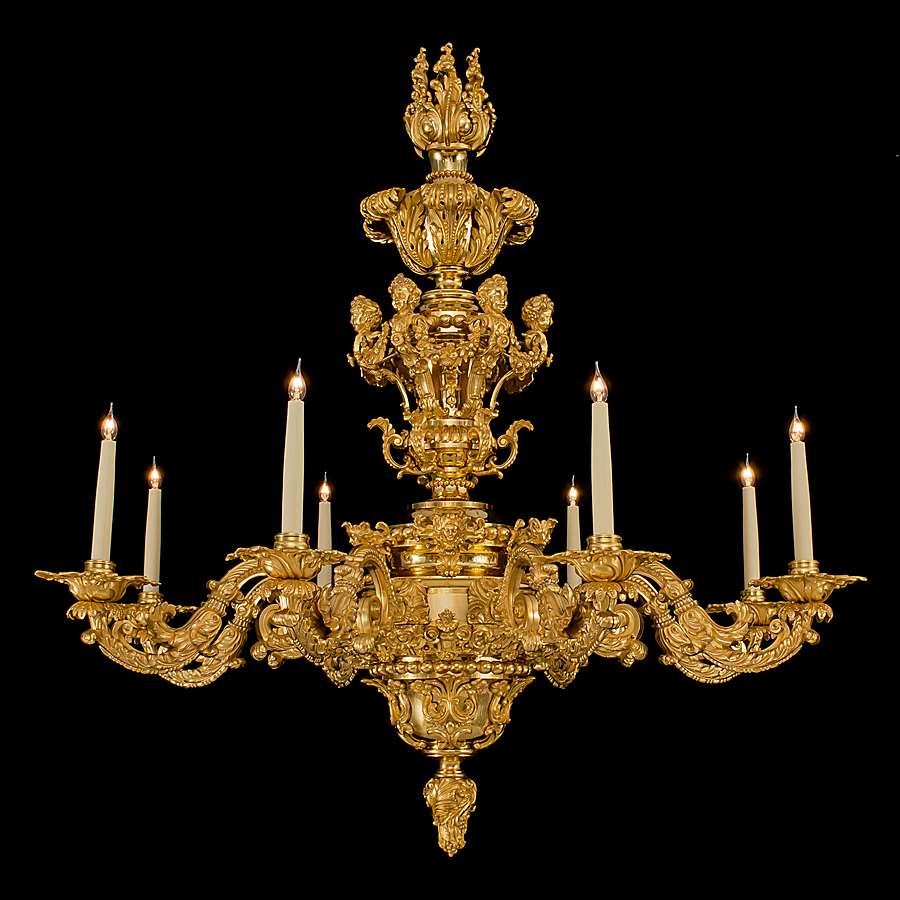 The 8-light chandelier of gilt bronze constructed around a central baluster and vasiform stem incorporating a bowl with tapering finial, the whole extensively decorated in foliate and acanthus leaf decoration; the 8 s-curved arms issuing from the stem beneath mascarons and terminating in stiff-leaf drip pans. The upper section in baluster form bearing addorsed putti herms in a cage-like configuration with draping floral garlands, beneath acanthus scrolls and a rocaille crest. Bearing the foundry marks "MESSENGER" and "M & P."
Fully electrified.
Circa 1825

The firm of Thomas Messenger and Thomas Phipson began in 1797 in Birmingham, and was to become one of the largest and most important founders and manufactures of lighting during the 19th century. Catering to a wealthy clientele, Messenger & Phipson opened a London showroom at 20 Greville Street around the corner from Hatton Garden in the 1820s, their advertisement showing a variety of the "highly-approved Buhl Chandeliers […] in bronze & or-molu" on offer. The partnership lasted until the late 1820s, after which the firm become known as Messenger & Sons.