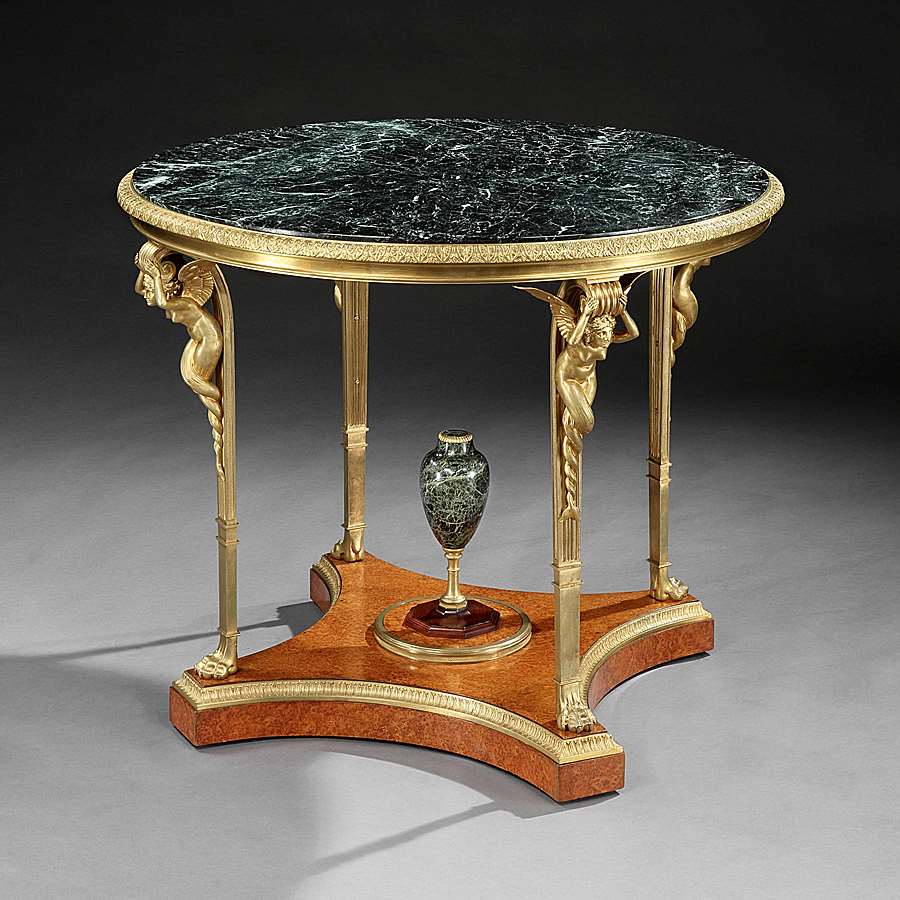 An Exceptional Gueridon Table
Attributed to Maison Millet of Paris

The original model for this table, attributed to Weisweiler with bronzes by Thomire, was delivered by Rocheux to Fontainebleau in 1810. The famous portrait of Madame X by John Singer Sargent, exhibited at the Paris Salon of 1884 and acquired by the Metropolitan Museum, includes a similar table next to the sitter. A similar table can be admired at the Hôtel de Paris, opened in 1863 and located on the internationally renowned Casino Square in Monaco.

Founded in 1853 at 11 rue Jacques- Coeur, and, after 1897, working from 23 Boulevard Beaumarchais, describing themselves as furnishers of 'meubles, bronzes d'art, genre ancien et moderne', according to their trade card; they were awarded numerous honours a Gold Medal at the 1889 Exposition Universelle in Paris, and at the 1900 exposition, a Grand Prix for their efforts. Maison Millet is consistently ranked alongside Beurdeley, Dasson, and Sormani as one of the top Parisian furniture makers in the second half of the nineteenth century. François Linke made furniture for Millet in the 1890s.