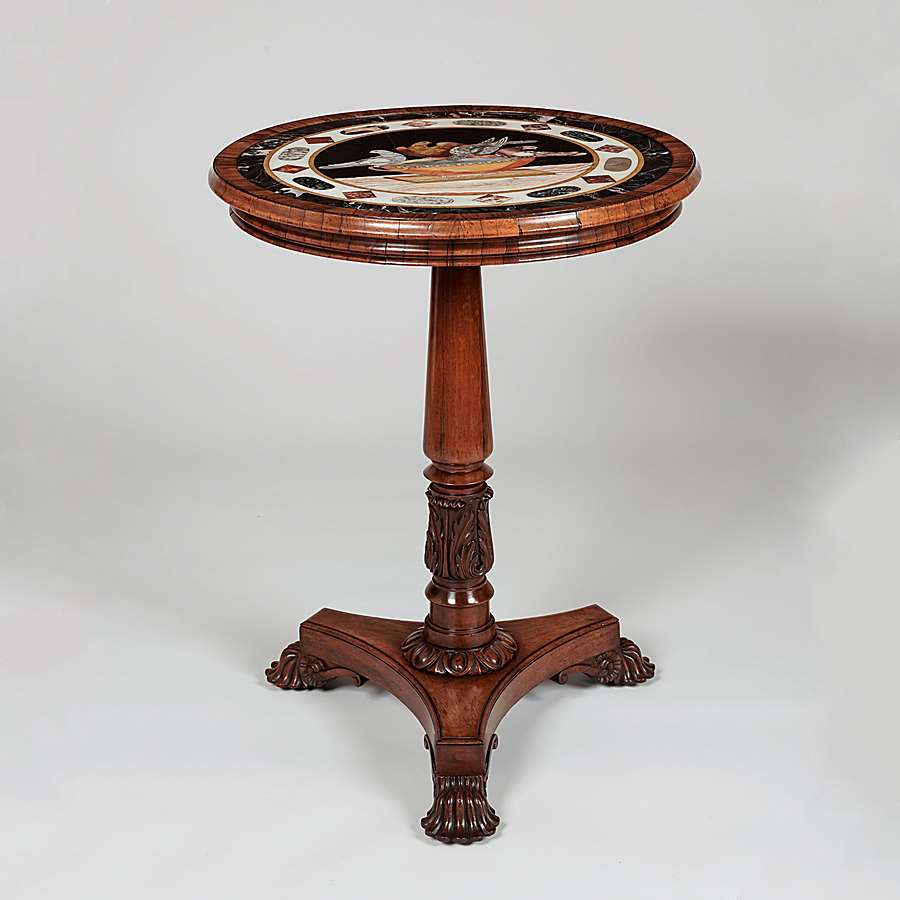 Constructed from rosewood, the table supported on a tripartite base; the feet of a very unusual carved scallop shell motif with hidden castors, the tapering column support with egg-and-dart collar and acanthus leaves detail supporting the circular top housing an Italian specimen marble top, its central roundel depicting the famous Doves of Pliny, surrounded by a band of lozenge and oval shaped marble cartouches, the outer reserve of Portor marble.
English and Italian, circa 1835

Known as the Capitoline Doves or The Doves of Pliny, this group of birds was frequently depicted in micromosaic and precious stone during the 19th century. The image derives from a Roman floor mosaic that was discovered in 1737 at Hadrian's Villa in Tivoli, and is believed to be a copy of a lost ancient Greek mosaic at Pergamon which was famously described by Pliny the Elder.