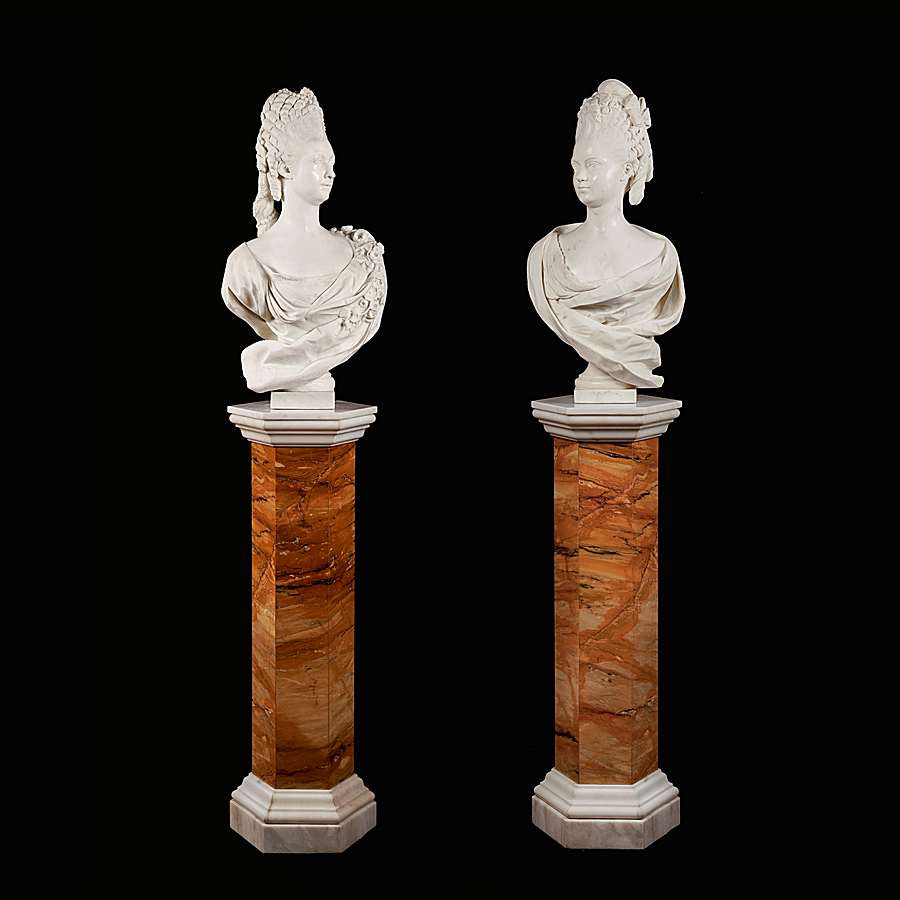 A Pair of Royal Busts

A Pair of Royal Busts

Of Clotilde of France, Queen of Sardinia
And Marie Adélaïde of Savoy, Dauphine of France

Both noblewomen carved from marble and dressed in contemporary fashion, wearing luxurious flowing garments, their hair coiffed, done up and ribbon-tied. On Sienna marble octagonal pedestals.
French, circa 1880