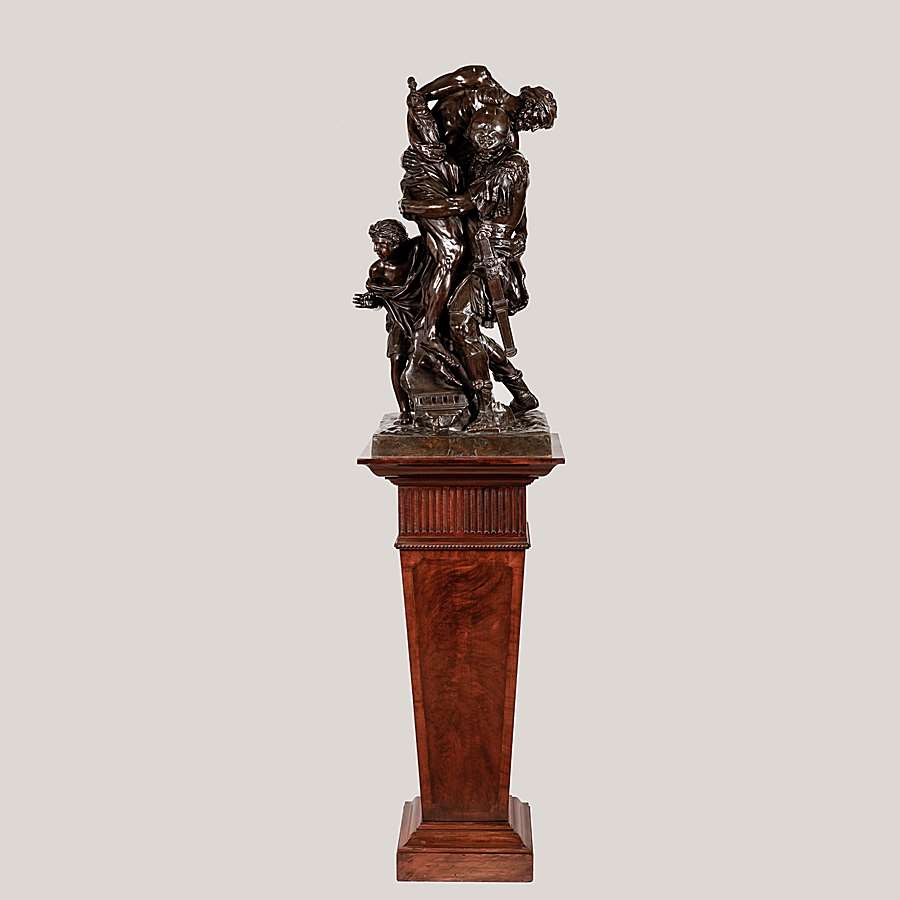 An impressive bronze with fine patinated surface, depicting the hero Aeneas carrying his aged father over his shoulder and accompanied by his young son Ascanius. On a tapering mahogany pedestal.
French, circa 1880

This sculptural group represents a critical moment in Virgil's Aeneid, a 2000-year-old epic poem telling the story of the legendary Trojan named Aeneas. Aeneas was the son of Prince Anchises and the goddess Aphrodite, who fled the city and travelled to Italy, leading to the founding of Rome. Anchises carried the household gods with him, usually represented by a statuette of the goddess Athena in his arms.

This multi-figural sculpture by Laurent Guiard was first conceived in a half size plaster cast in Rome in 1766. Inspired by an earlier 17th century marble which was placed in Paris's Jardin de Tuileries, Guiard's Neoclassical version was well-received, and bronze editions were commissioned, such as the present example.

Laurent Guiard was a French sculptor and winner of the 1749 Grand Prix de Rome, a very prestigious award dating back to 1666. Choosing to stay in Italy after his early success, Guiard was appointed first sculptor to the Duke of Parma. Two plaster works of "Aeneas and Anchises" are found in the Musée Granet in Aix-en-Provence, and on display at the Louvre.