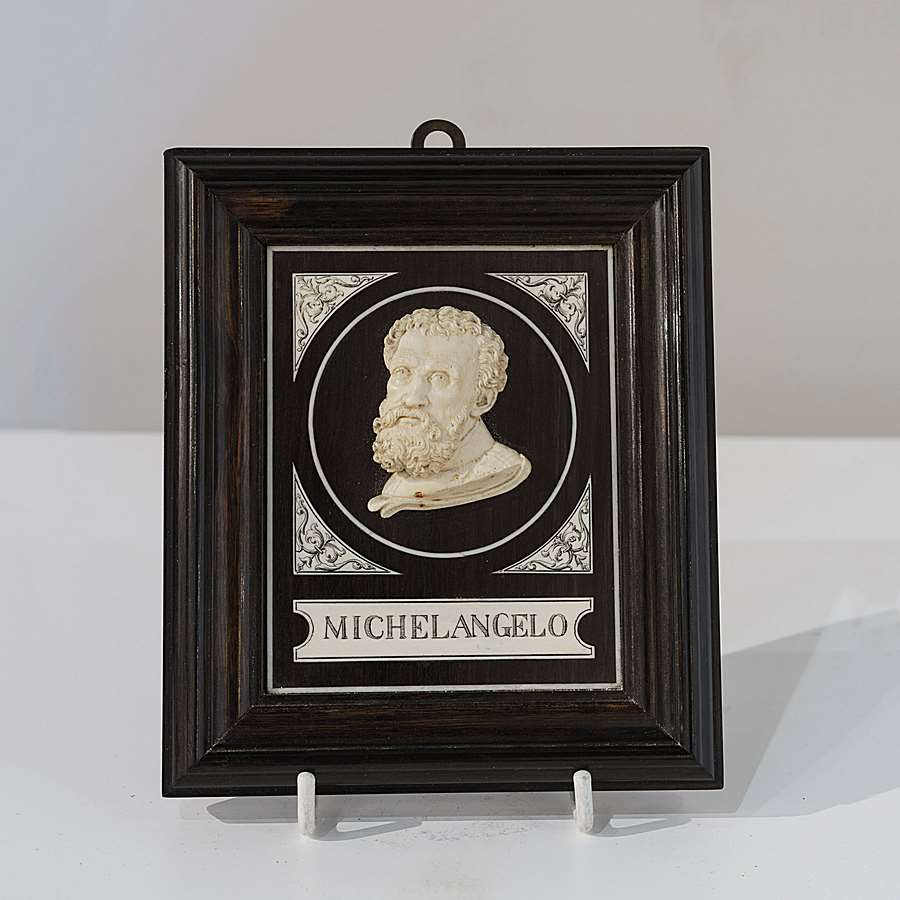 Three-quarter profile miniature ivory bust of Michelangelo, housed within a rectangular frame on an ebony ground, the whole flanked by carefully inlaid pen work spandrels of rinceaux form employing vines and flowers, evoking Gatti's signature intarsia work. Below, an ivory plaquette engraved "Michelangelo." Stamped to the back by the artist.
Italian, Circa 1870