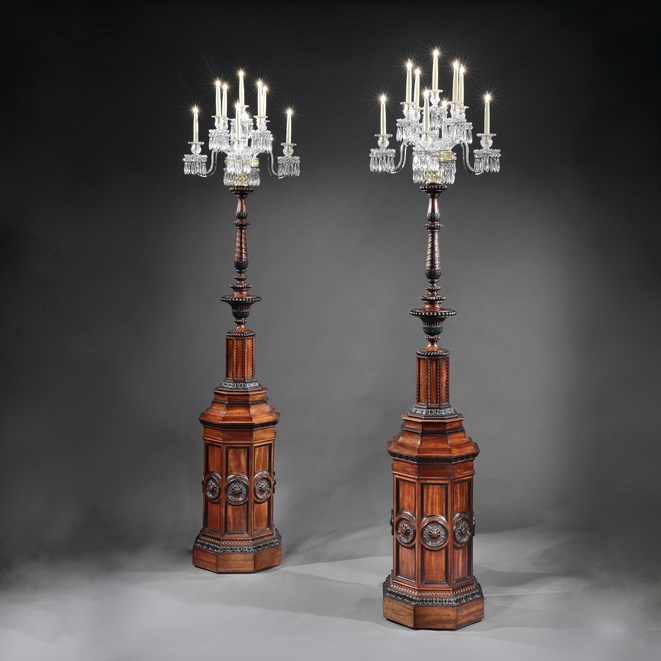 Constructed from San Domingo mahogany with striking black contrasting detailing and crossbanding, each pedestal of octagonal form with brass hidden castors; the fascia panelled and centred with a carved boss, including one hinged boss concealing a carrying handle; the stem gently tapering with turned and carved details supporting the impressive crystal canopies consisting of nine lights issuing from S-shaped arms with flared candle cups, and bobèches with suspending prisms.
English, circa 1825

In the Regency period, George Bullock and W. & C Wilkinson designed tall and imposing candelabra in the Grecian style. This palatial pair, almost 3 metres tall, each have an eight-branch central candlearms, the glass attributed to Hancock & Rixon of Charing Cross. The firm's clientele included George IV, whom they worked for at Windsor Castle. The firm also worked at St James's Palace. They made the world's largest English chandelier for the Throne Room of the Dolmabahçe Palace in Istanbul, which was a gift to the Sultan from Queen Victoria.

The well-known "Ackermann's Repository of Arts" published by Rudolph Ackermann from 1809-1829 illustrates floor-standing candelabra in the premises of John Blades of Ludgate Hill, who's designs for the Shah of Persia survive in the V&A. 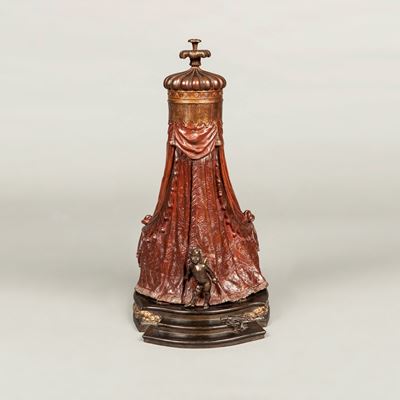 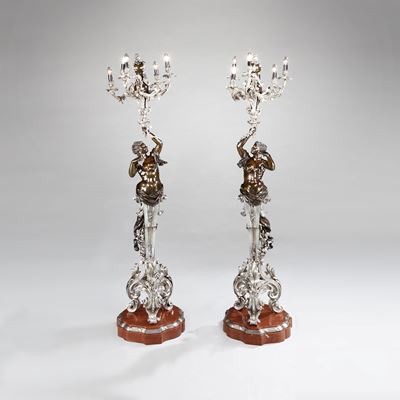 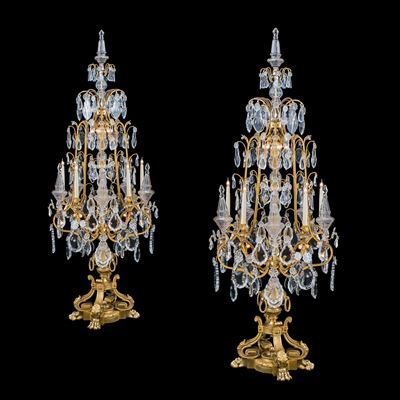 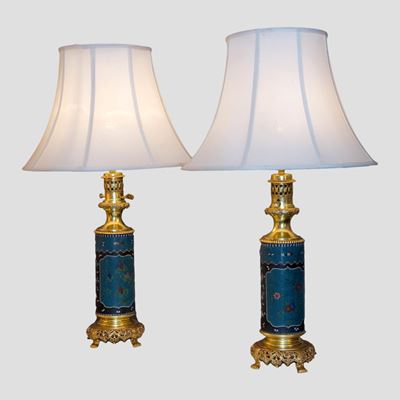 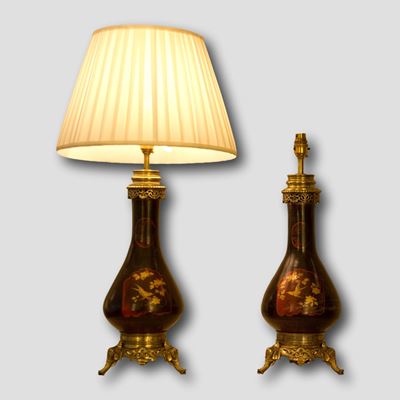 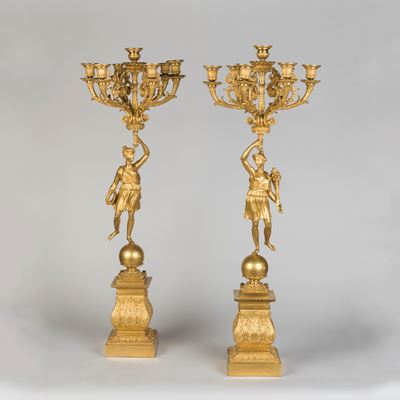