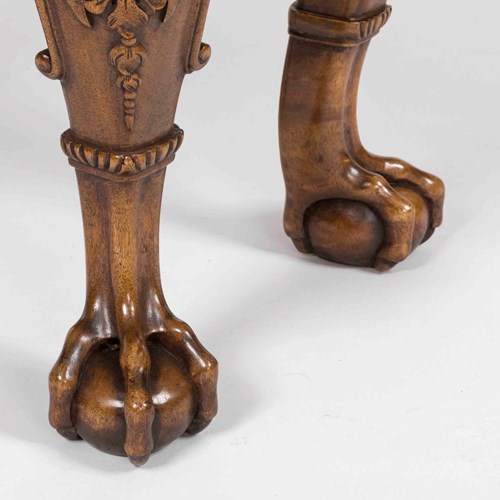 B is for Ball & Claw Foot

The ball & claw foot was introduced into the canon of Western furniture in the 18th-century, when furniture designers and makers started documenting, sharing, and exploring new aesthetic possibilities. Although traditionally associated with Chippendale furniture, the style of foot appeared already in the Queen Anne period (1702-1714). 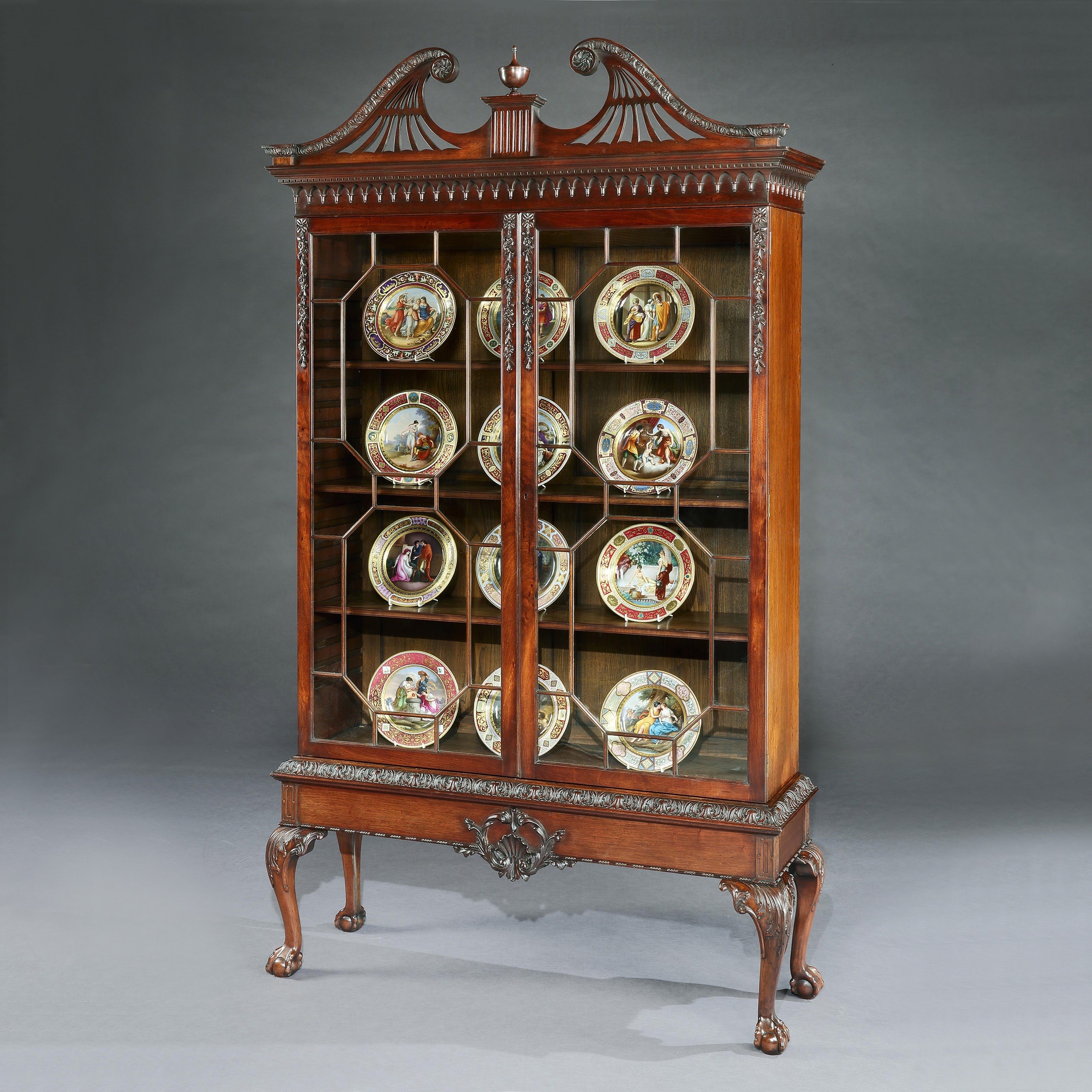 Ref. 8493. A Display Cabinet in the manner of Thomas Chippendale, circa 1910. Butchoff Antiques, London.

The curved legs associated with this style, called cabriole, often culminated in a literal foot. It is historically believed the design of the ball-and-claw originated in China. The claw represented by a dragon clutching a sacred jewel. According to Chinese mythology, the dragon (emperor) is guarding the jewel (the symbol of wisdom or purity) from wicked sources trying to steal it. This motif was also adopted by Japan. 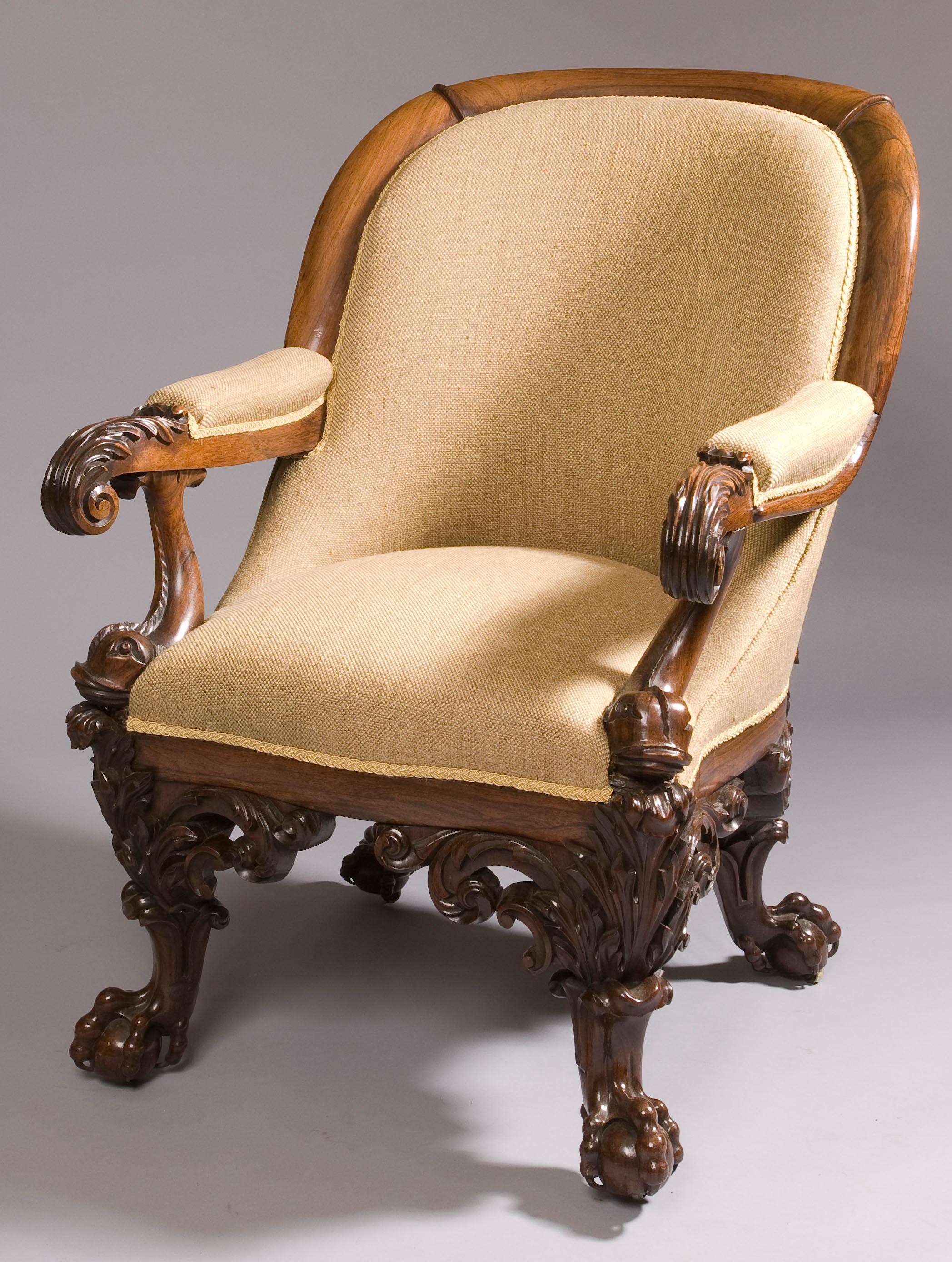 Ref. 5713, One of an Impressive Pair of Library Armchairs in the High Victorian Manner, circa 1850. Previously with Butchoff Antiques, London.

In the course of the 18th century, as European trade with Asia expanded greatly, so did the import of many Chinese and Japanese goods, such as porcelain and bronzes, displaying the ball and claw. The taste for the exotic was prevalent in the fine and decorative arts, and it was not long until the ball and claw foot appeared in English furniture. 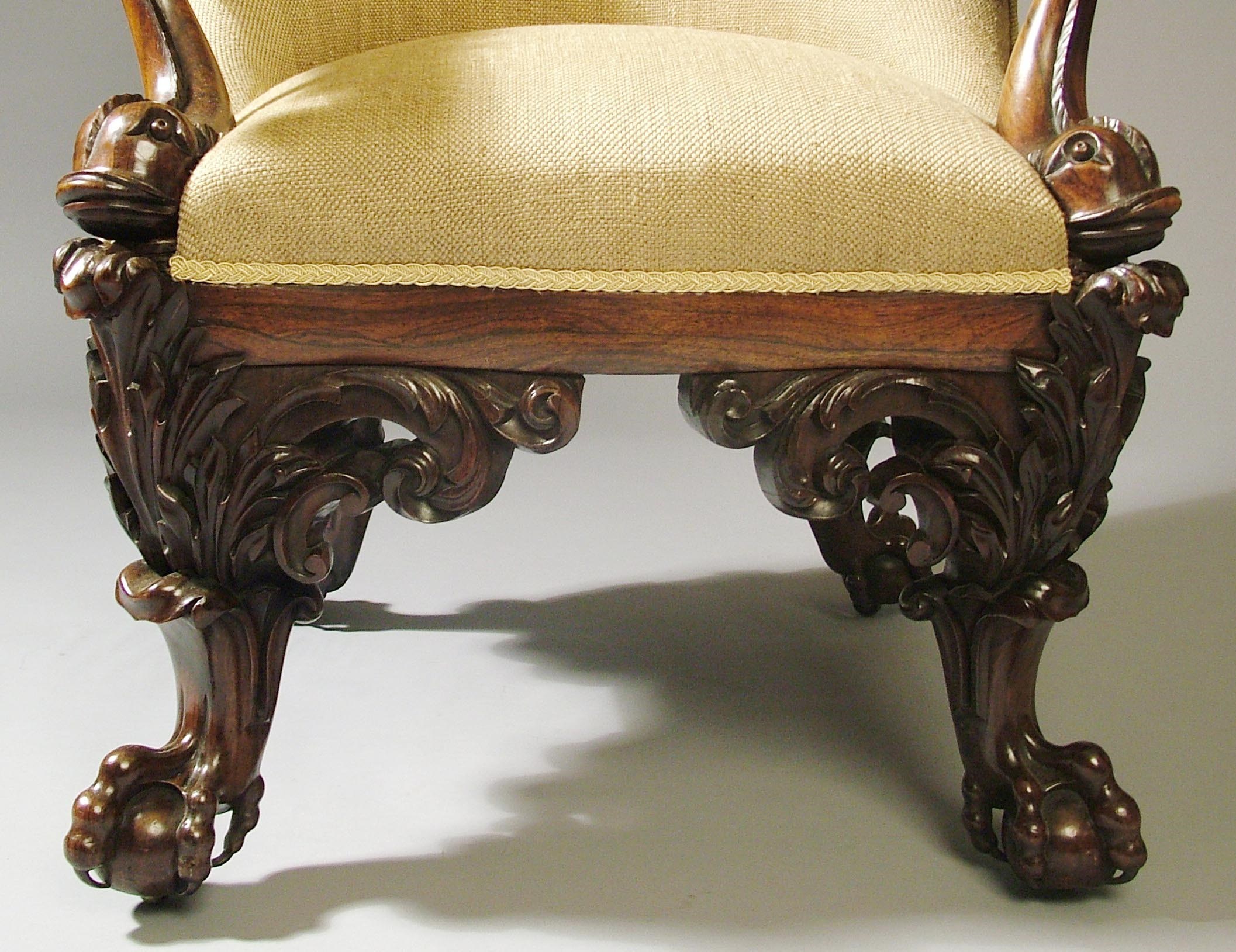 Ref. 5713, One of an Impressive Pair of Library Armchairs in the High Victorian Manner (detail), circa 1850. Previously with Butchoff Antiques, London.

Although the ball-and-claw is most often associated with the design of Thomas Chippendale, his famous book of designs the The gentleman and cabinet-maker's director of 1754 contains not a single example of it. It can, however, be ascertained that Chippendale was aware of the motif, and he used it to great effect at Nostell Priory in several rooms including the State Dining Room. 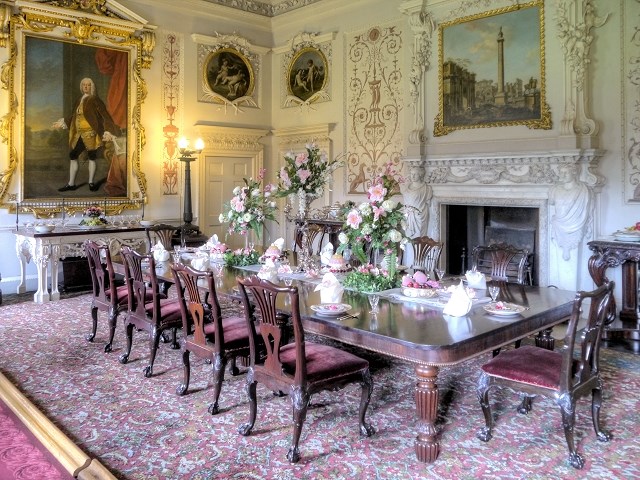 The style briefly fell out of fashion around the end of the 18th-century, although the various revivals of the following century guaranteed its success among English, French, and American Cabinetmakers; each creating their own interpretation of the design. The English would often substitute the claw of the dragon for that of a lion, a symbol of English nobility, whereas the Americans slowly transformed the claw into that of an eagle. 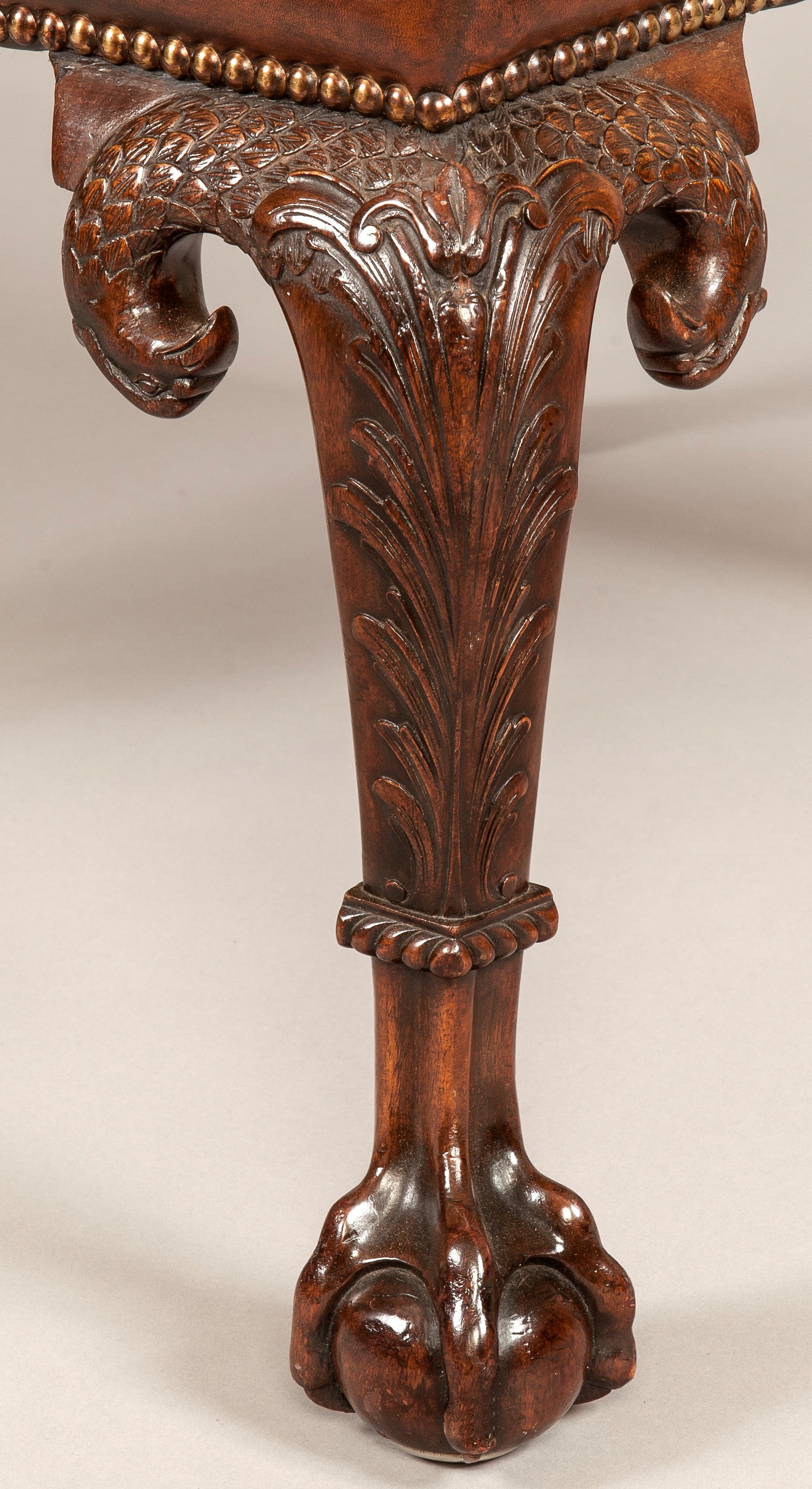 Great skill is required in carving an effective, illusionistic ball and claw foot. Different styles and hands are often used as evidence by antique furniture experts to discern when and where a piece of furniture was made. Can you spot the differences between our French example carved by Veuve Meunier in the 1850s and the English George II revival armchair of the early 20th century? 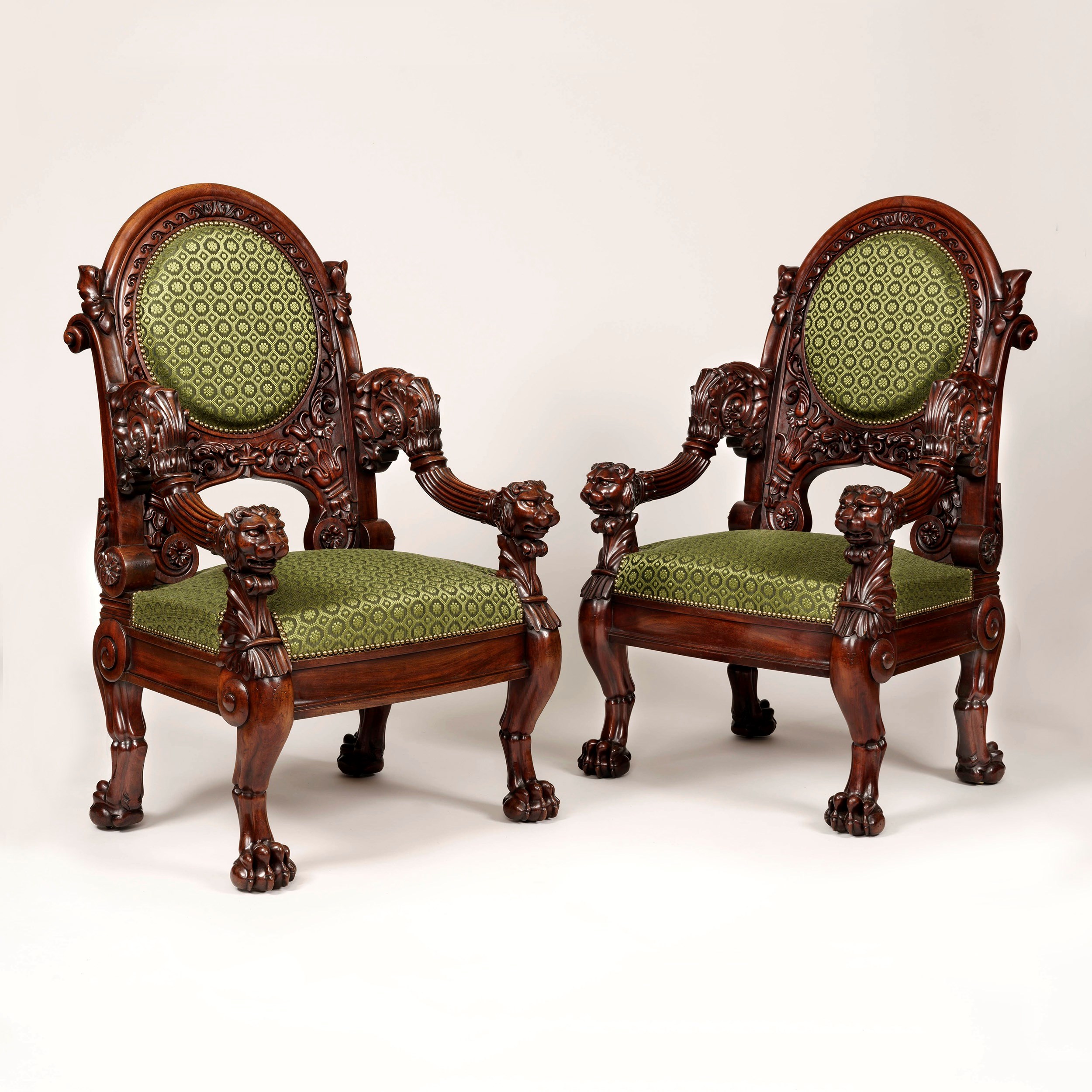 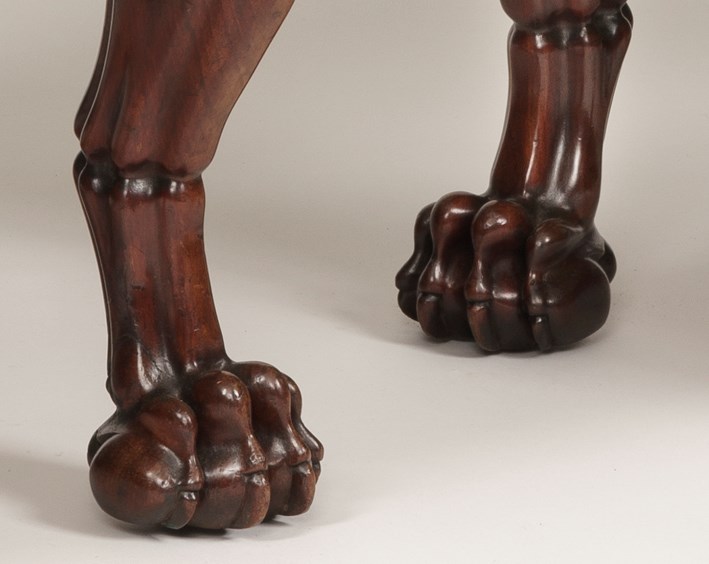 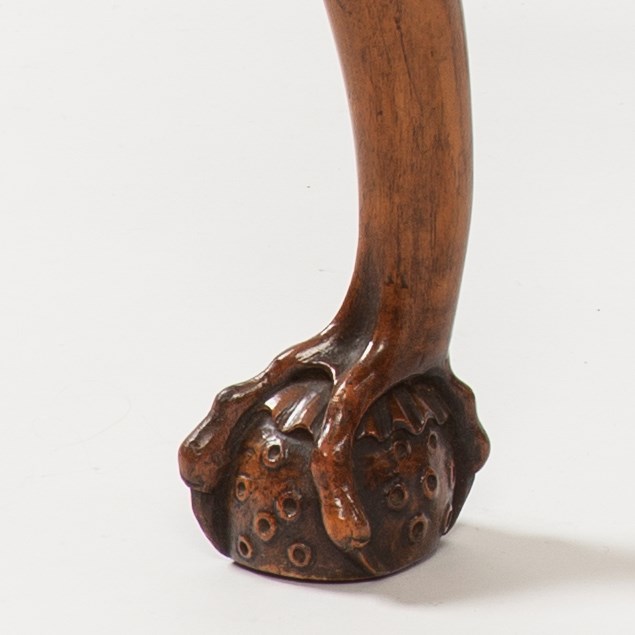 Ref. 8860, An Armchair in the Style of George II, For Charles Tozer of Brook Street London, circa 1920. Butchoff Antiques, London. 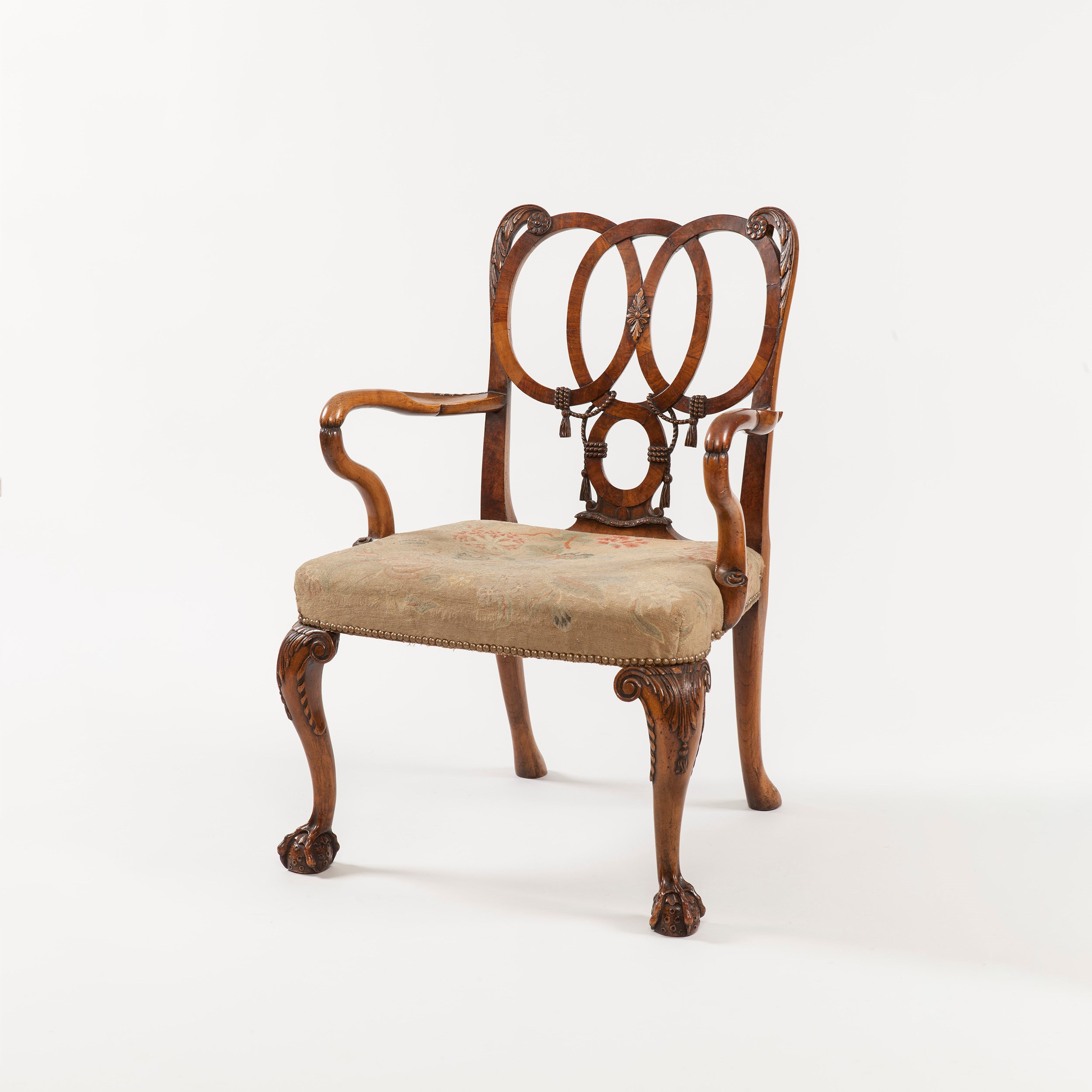 Ref. 8860, An Armchair in the Style of George II (detail), For Charles Tozer of Brook Street London, circa 1920. Butchoff Antiques, London.