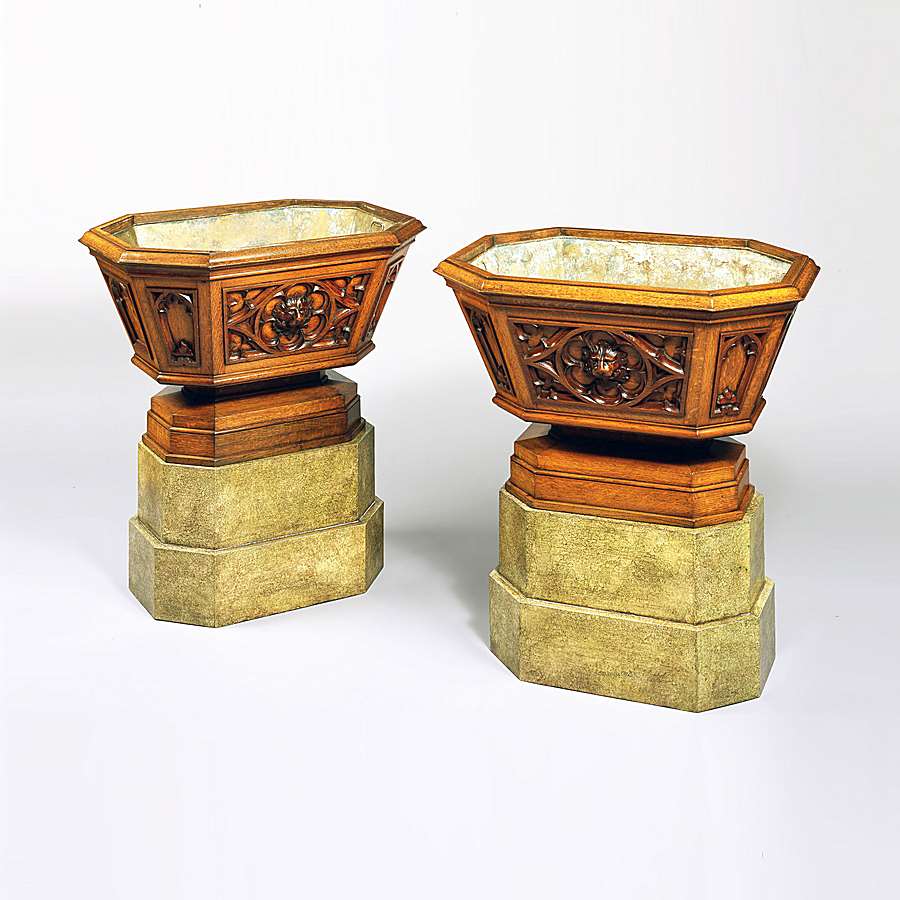 A Rare Pair of Wine Coolers, in the Gothic Manner

Constructed in Oak, of canted rectangular shape, having a moulded top edge above a tapered and panelled body, with carved tracery, in shapes of trefoils, lozenges, and lancet arches centred around a Tudor lion emerging from foliage, supported on a waisted socle with a stepped plinth: fitted with metal liners. Standing on similarly shaped simulated marble pedestals, of later date. English, Circa 1830.

The popularity of the Gothic style, with its’ revival in the mid eighteenth century, championed by Horace Walpole, continued for the next century, finding notable champions en route such as Rudolph Ackermann, Peter Nicholson and A.W.N. Pugin.